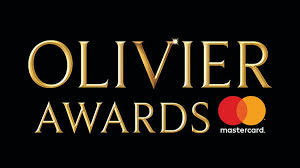 Huge congratulations to Gabriella Slade, who has been nominated for an Olivier Award for Best Costume Design!

Design for Performance graduate Gabriella is the costume designer for Six, a new pop musical which has the ingenious idea of imagining all six wives of Henry VIII as a girl band.

In total shock! I really never thought this would ever happen 🙊 Thankyou for all the messages of love and support! 💜💜💜 @sixthemusical https://t.co/lMXMLMDrpH

In a recent Stage article about her designs, Gabriella described how she mixed Tudor style with contemporary pop culture.

So which pop stars inspired her?

Take a look into the sketchbooks of our brilliant Best Costume Design nominees! 🤩

At the Oliviers on Sunday night, the Six wives took to the stage showing off Gabriella’s costumes:

You can see more of her designs on her website, gabriellaslade.co.uk

Six is at the Arts Theatre, London and you can find out more here: