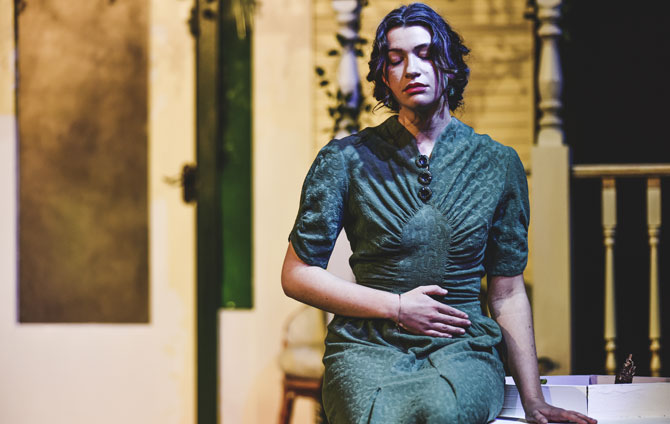 We have not one but TWO winners at this year’s Carleton Hobbs Bursary Award!

Huge congratulations to actors Lucy Reynolds and Will Kirk, who won two out of the five awards, competing against 76 talented acting students from 19 accredited drama schools across the country.

Both Lucy and Will also received special commendations from the judging panel for their performances. 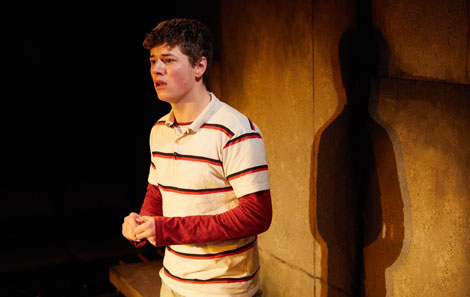 Will Kirk in Between Eternity and Time, part of the NEW:2019 season. Photo: Mark Douet

They each win a five-month contract with the BBC Radio Drama Company.

As well as getting a regular pay-cheque straight out of College, it also extends their training in a unique acting environment: they’ll be working with the best actors and writers in the country on a wide range of contemporary and classic plays for Radio 3, Radio 4 and 4 Extra, plus the World Service. 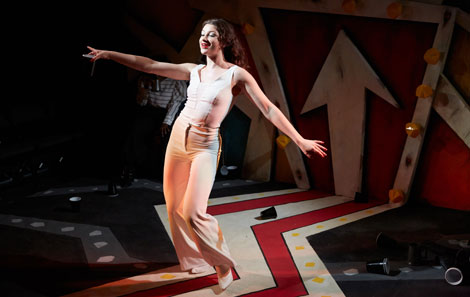 The Carleton Hobbs Bursary Awards are widely renowned as the drama industry’s leading accolades for radio acting within the drama school and conservatoire sector.

Each student must perform three prepared monologues, a duologue and tackle both an unseen piece of prose and an unseen group piece in a team exercise.

“When I received my call from the BBC, I was in shock. It took a couple of days to process it,” said Lucy.

“I’m absolutely honoured to be able to work on the rep, especially straight out of drama school. It seems like a dream come true!”

Lucy and Will join an impressive list of previous winners, all coached by Senior Lecturer in Acting, Marilyn Le Conte.

The 13 previous winners and 12 runners-up, include Luke MacGregor, Wilf Scolding, Franchi Webb, Maeve Bluebell Wells and Sam Rix, who have all also been invited into the ‘rep’/Radio Drama Company.

Another winner, Arthur Hughes, has now joined the cast of the longest running soap opera, Radio 4’s The Archers, along with many graduates including Susie Riddell, Ben Norris, Wilf Scolding and Will Howard.

Among the many other RWCMD grads working on the BBC, independent radio and voice-over work, Eve Myles has just won best actress in the BBC Audio Drama Awards for her role in 19 Weeks.

Looking ahead to a busy summer of work, Will said, “I have been assigned my mentor at the BBC and I’ll be going back to London to record a voice reel for the producers.

Then I’ll be starting about two weeks after finishing at College in July!

To be able to go straight into a job and get myself set up in London is an incredible feeling and I can’t wait to start.”

The featured image shows Lucy Reynolds in All My Sons. Photo: Kirsten McTernan.