Stage-Managing The Hunchback of Notre Dame 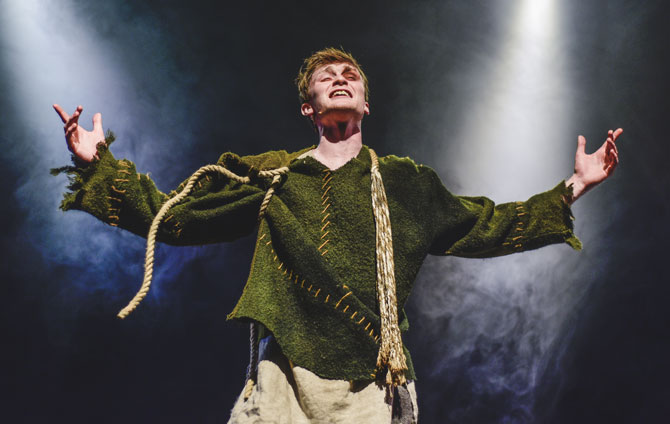 Harry Robson is the Stage Manager of The Hunchback of Notre Dame, a key part of the team bringing this new musical, based on the Victor Hugo novel and songs from the Disney film, to life.

We talked to Harry about studying stage management here at the College:

The College has given me the chance to explore and experience working in all roles of stage management.

I now have a long drive back to London but I’m sat in my car… mesmerised by the show I’ve just seen at @RWCMD @RoyalWelshMAMTs
The Performances were sublime… the choral sound was heavenly.
I’m still sat here… I need to drive… I really need to get going…. 🤩🤩 pic.twitter.com/rHMUAU4gXK

If ‘Hunchback’ is teaching me anything, it is how much we should appreciate the Ensemble in shows 😂 20 costume changes, many layers of clothing in sweltering heat, and character changes after each scene. It’s bloody difficult but boy is it incredibly satisfying. 💕💕💕

Before coming to College I’d worked in different roles which involved running wings, prop-making and running tech. Being at the College has helped me learn the industry standard practice for all of these and much more. 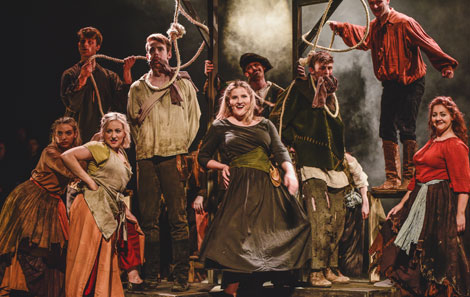 Most importantly it’s given me the knowledge and support to gain professional work.

I’ve been offered two professional contracts at the National Theatre Wales and Theatre Royal Windsor, which I’m looking forward to working on in the summer. 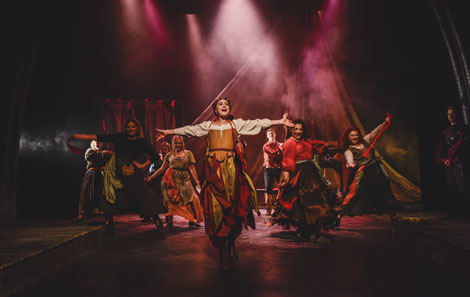 Hunchback has been a really collaborative project, working with different departments across the College. For a stage manager that’s always a real challenge, especially in such a short pre-production period.

Another challenging, yet really fun, aspect of the show is that the cast has several roles each, which means there’s a constant flow and pace to it.

If ‘Hunchback’ is teaching me anything, it is how much we should appreciate the Ensemble in shows 😂 20 costume changes, many layers of clothing in sweltering heat, and character changes after each scene. It’s bloody difficult but boy is it incredibly satisfying. 💕💕💕

This also means the wings are a constant hive of activity, with quick costume changes, set furniture and then the constantly-moving cycle of props from backstage to the wings then to the stage. 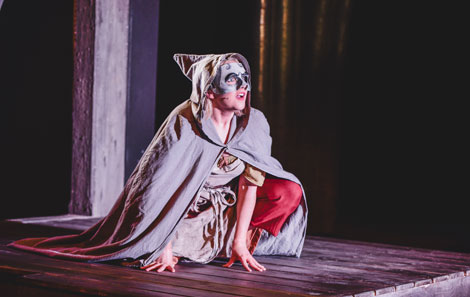 On the other hand, the new digital sound desk has been a dream for the sound department, and although it hasn’t affected my job directly, a happy team makes a great show! 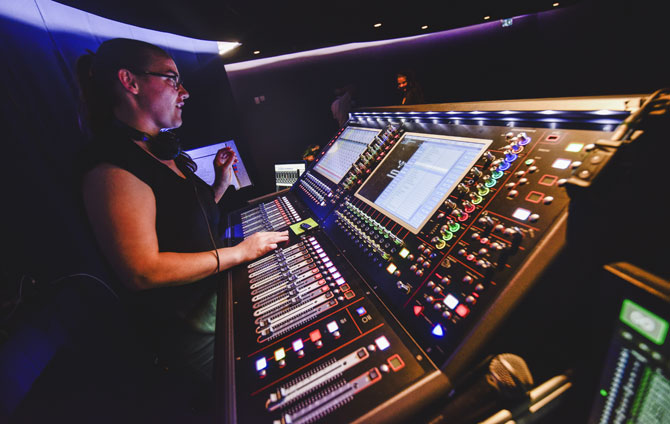 You can find out more about the Stage Management course here.