Glutz: Puppetry at the Prague Quadrennial 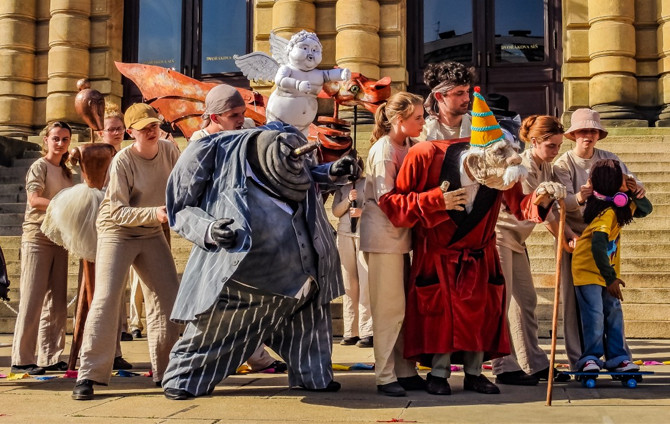 Our Design for Performance students were once again performing at the Prague Quadrennial this summer.

Stage designers, stage managers, actors and jazz musicians collaborated with the musical director to produce Glutz, a celebration bringing together the culture of both Prague and Wales, performed in Jan Palach Square.

The Prague Quadrennial celebrates the best of theatre architecture, design for performance and scenography, and brings together professional and emerging artists across exhibitions, performances, and workshops in the capital of the Czech Republic.

Have you seen a dragon? #rwcmdglutz

This year’s musical puppetry spectacular, tells the story of teenager Eva who discovers that music has the power to make Count Glutz’s statues come to life.

#rwcmdglutz What a fantastic performance! Well done all of you x

We caught up with designer Em Spoor and puppeteer Ruby Boswell-Green on their return.

“As an individual it’s a reminder of this community you are entering into,” said Em. “It’s a celebration of design for performance, and getting to be part of it and showcase your work there is an incredible experience.

Performing for an audience for the first time, and seeing reactions from people who had never seen anything like it before was amazing.

The way the show was set meant that people just walking past stopped and watched sometimes for a few moments, sometimes for the whole show.’ 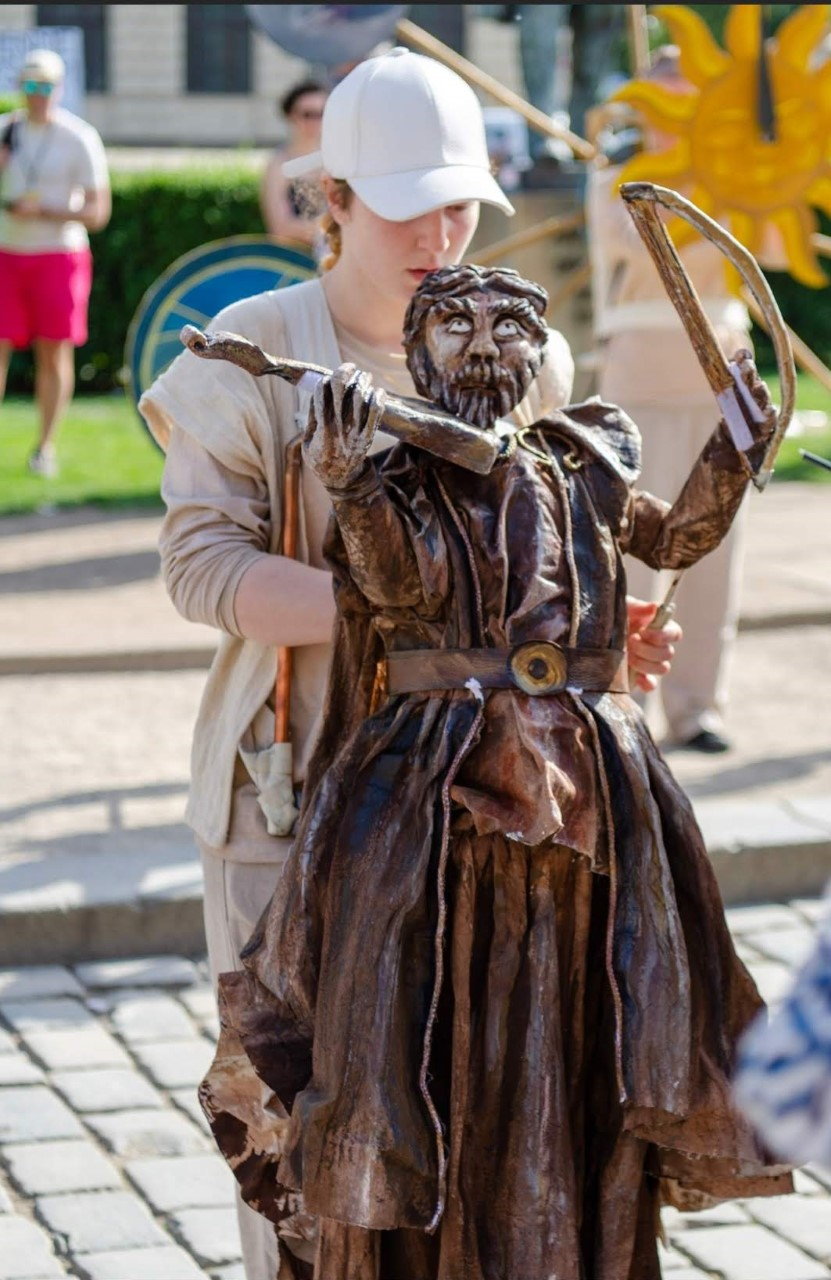 “It was hugely rewarding,” said Ruby. “One of my highlights was definitely getting feedback directly from the audience members.

We did find performing in the summer heat of Prague a challenge!  but that didn’t stop us enjoying the whole event. My favourite part was simply feeling like we produced something exciting and different, and of course, one of the best bits was at the closing party – where we all danced in a hot thunderstorm!”

The Prague tour also gave students a fantastic opportunity to network with artists from all over the world. They then performed Glutz at the College for local schools and audiences in June.

Meet Cigar- another character featuring in our puppetry show #Glutz. Cigar is from Chicago but now lives in Prague! Find out more about him by coming along to #Glutz @RWCMD’s Anthony Hopkins Courtyard 26 June – 30 June https://t.co/zvb7ZoyZ9E pic.twitter.com/s61FfAX3QQ

We had such a fabulous morning watching the puppet performance, 'Glutz' at the Royal Welsh College of music and drama. Thank you so much for having us and for letting us have a close up look at all of the puppets afterwards. #glutz #rwcmd pic.twitter.com/tD11clMDHL

Find out more about the Design for Performance course here.