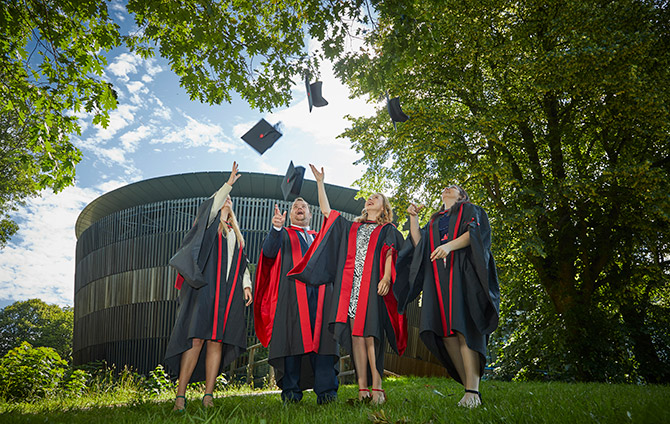 It’s our favourite time of year again, when we get to celebrate the remarkable achievements of our graduating students and prize winners at our ceremony at St David’s Hall, Cardiff.

We send them on their way wishing them the best of luck in their chosen careers – and look forward to hearing their news.

It’s also an opportunity for the College to honour inspirational figures in the creative and performing arts industries who have made significant individual contributions to the College and the wider cultural sector.

We are delighted to honour two of our alumni: Graduate Geinor Styles studied stage management at the College and is now Artistic Director of Theatr na nÓg since 1998, as well as being a playwright herself, creating theatre across both languages and to appeal to the widest possible audience. 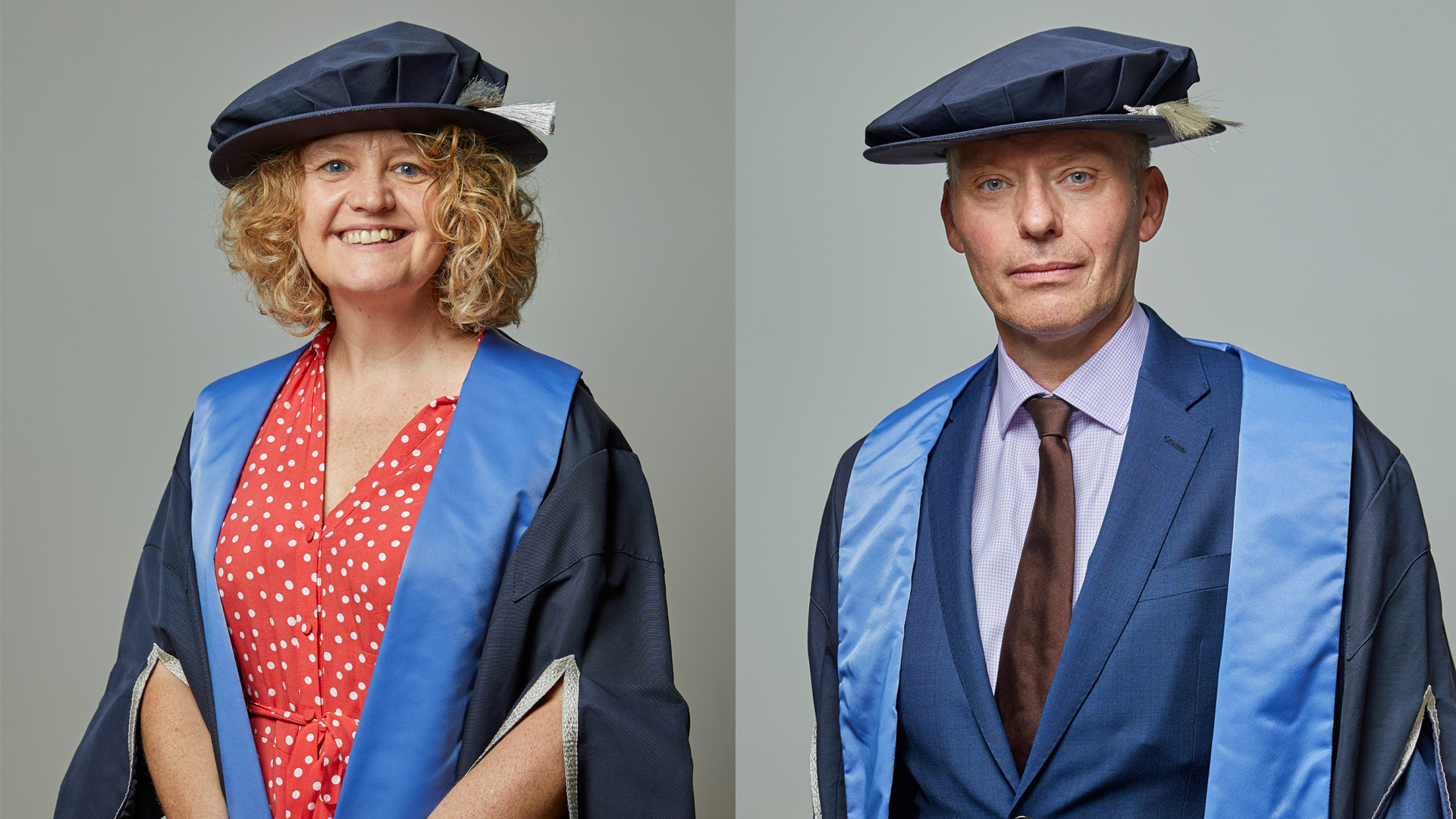 Hugo Blick trained as an actor at College before adding multi-award-winning writer, director and producer to his inspirational CV, which includes the recent ground-breaking and controversial Black Earth Rising.

Reader in Anatomy and Neuroscience at the School of Biosciences, Cardiff University, Dr Alan Watson is awarded a Fellowship in recognition of his long-term collaboration with the College, which has influenced and enhanced the development and wellbeing of our students, alumni and professional staff. 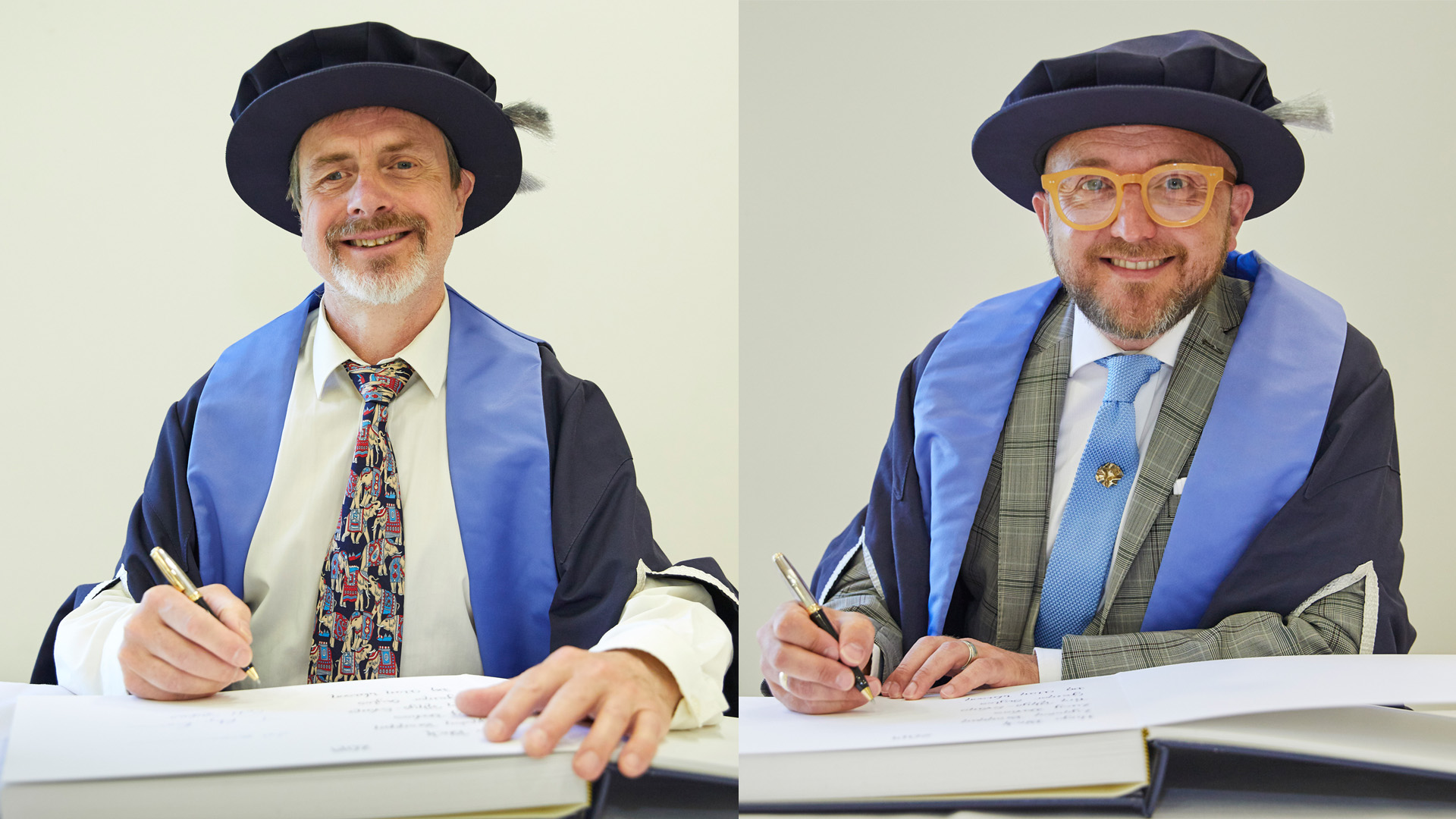 We also honour Tim Rhys-Evans MBE, who created Only Men Aloud in 2000, carrying on the tradition of Welsh male choir, and continuing its relevance to modern society, and General Manager and Executive Vice President of Lucasfilm, and President of Industrial Light & Magic, Lynwen Brennan, who has done so much to support women in her industry, and to inspire creative young people from Wales. 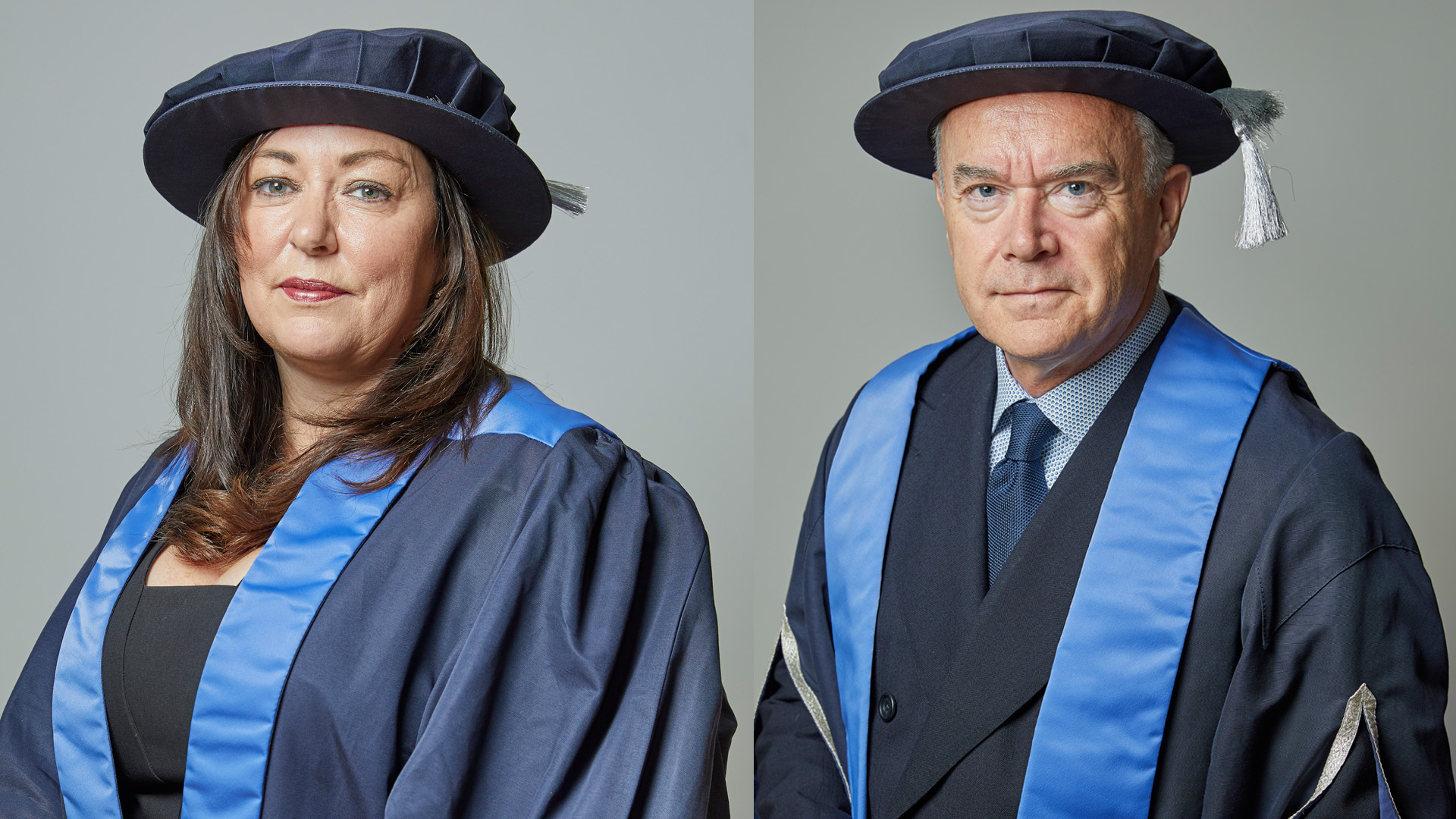 Broadcaster and ambassador for the arts in Wales Huw Edwards was awarded his Fellowship last year, and we’re delighted he’s joining us to receive it today.

This is the 28th, and sadly last, graduation that our colleague Amanda Townsend will organise.

Amanda started her life at the College in 1966, when the College was in Cardiff Castle, as a Junior Keyboard scholar. She remembers being chased up the Castle path by peacocks on a regular basis!

She returned to College in 1992, working for nearly thirty years supporting four Principals and four Presidents.

Amanda is awarded a President’s Medal, alongside her friend and colleague Jayne Worsey, who leaves the College after being Head of Finance for eleven years.

We wish them both a hugely happy retirement.