Congratulations to our Honorary Drama Associates 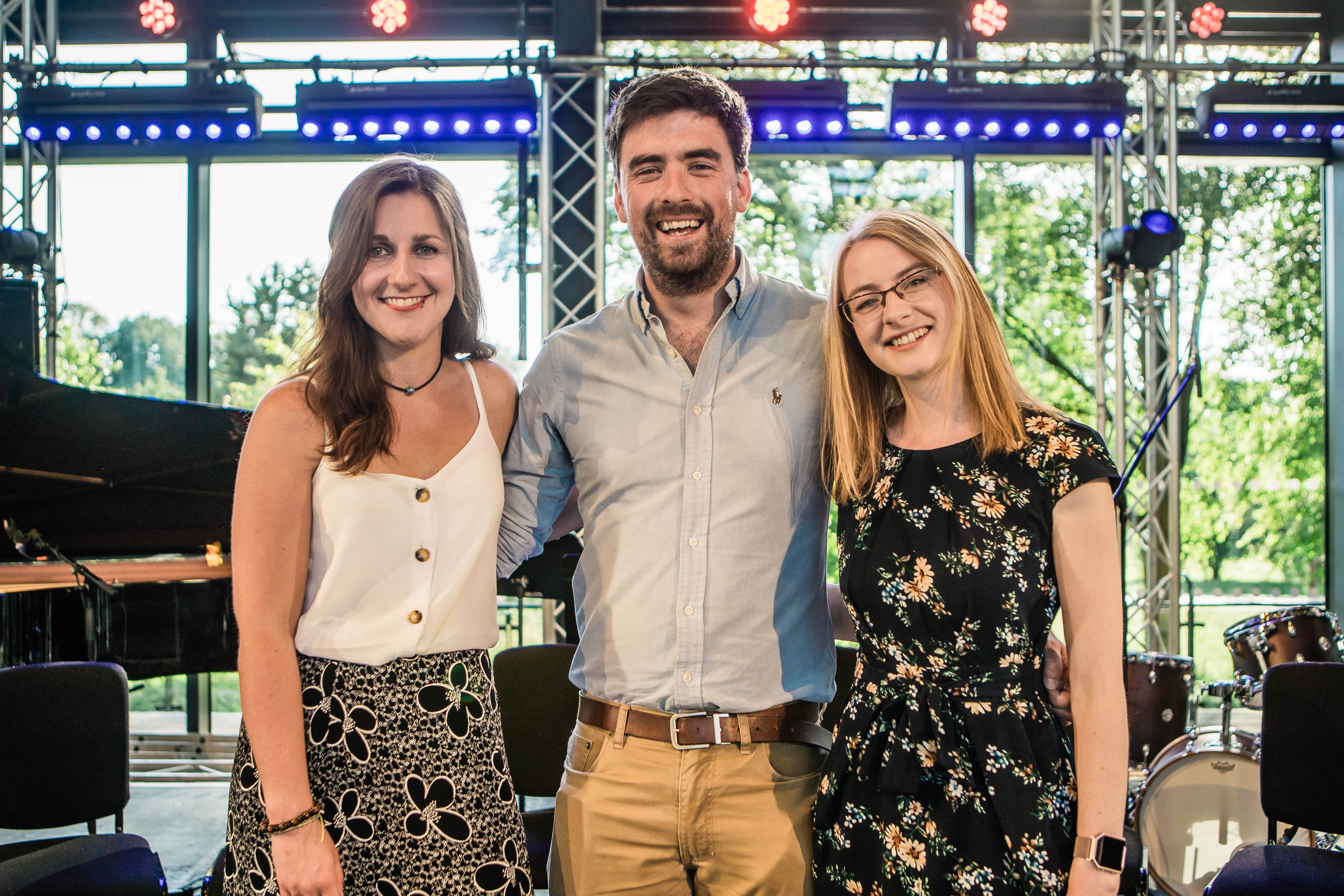 Last week, as part of our graduation celebrations, we welcomed our newest Alumni Associates back to the College.

The RWCMD Associates, created last year, recognises and celebrates the achievements of recent graduates early in their chosen careers.

This year we are recognising our drama alumni – from acting on stage and screen, to stage managing critically-acclaimed productions, to dressing the Spice Girls…

Eleanor Andrews graduated in 2010 and has mainly specialised in the role of Deputy Stage Manager. She started her touring career in 2012 where she worked for Lunchbox Theatrical Productions on their International tours of The Imperial Ice Stars. At the end of July Eleanor will be flying out to Cape Town to start rehearsals of Evita for David Ian Productions, which will then embark on a four-month tour of China. 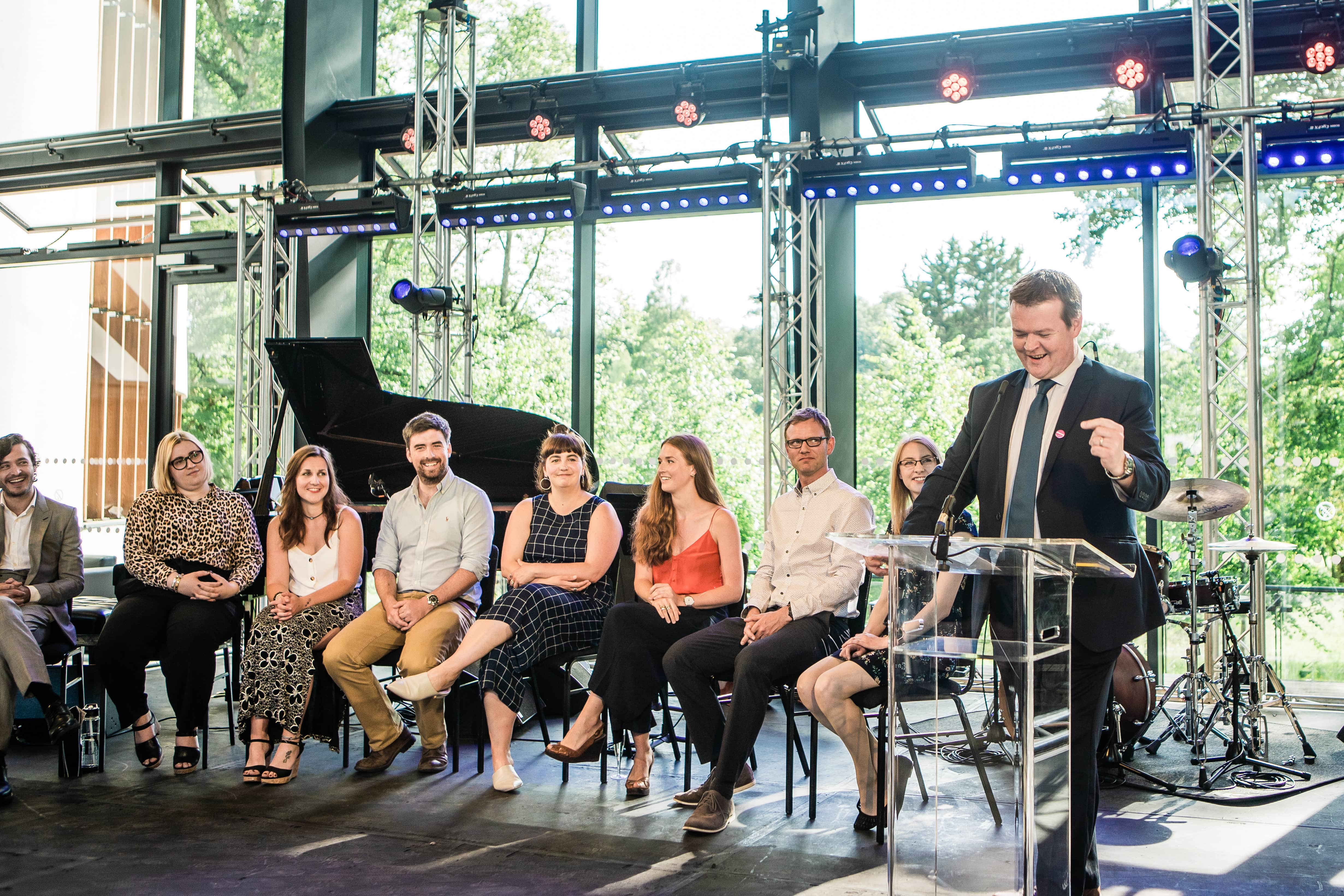 At the top of 2018 Aneurin Barnard filmed the leading role of Boris in John Crowley’s next feature The Goldfinch, an adaptation of the bestselling novel by Donna Tart produced by Warner Brothers and Amazon Studios. On stage, Aneurin won an Olivier for his performance in Spring Awakening in the West End.

Actor Tom Cullen won the British Independent Film Award for Best Newcomer for his performance in The Weekend, written and directed by Andrew Haigh. He starred opposite Toby Kebbell in the British TV miniseries, Black Mirror, which won an International Emmy for Best Series. He has a lead role in the Ridley Scott-produced miniseries, World Without End and has also starred in Downton Abbey.

Originally Rebecca Davies trained as a classical musician but spent more time managing concerts and events rather than performing in them. This then lead her into going to RWCMD to study an MA in Arts Management.

Joe Fletcher is an award-winning lighting and set designer for dance, theatre and events. He studied Theatre Design as a postgraduate at College. He leads the design and production teams for Hay International Literature & Arts Festival and has an extensive background as a Technical Director, including working for Sydney Dance Company.

Madeleine Girling trained at College, graduating in 2012 with a First Class Honours degree and the Lord Williams Memorial Prize for Design, as well as being a winner of that year’s Linbury Prize.  Recent design work includes Amelie The Musical, Taming of the Shrew and Blue Door.

Graduating from the Arts Management MA at RWCMD in 2014, Olivia Harris has worked in the arts and culture sector for ten years, as a producer for five, across professional and community settings. She is the Creative Producer at The Riverfront Theatre in Newport, and is responsible for leading on the delivery of the annual Christmas pantomime, producing and programming annual street theatre festival The Big Splash.

After graduating in Stage Management at College, Sarah Hellicar has been deputy stage manager in productions including Long Day’s Journey Into Night and The Twits.

Since graduating in Acting in 2013, Arthur Hughes has appeared in various theatre and TV productions including Netflix drama The Innocents, National Theatre Live: Saint Joan and Frank Blue. He was also nominated for the Ian Charleston award in 2013.

Graduating in BA Acting, Eric Kofi Abrefa has landed roles in television, film and theatre, including one of 2018’s biggest film, Jurassic World: Fallen Kingdom and National Theatre’s Miss Julie with fellow graduate Thalissa Teixeira. Eric has three films in post-production so we look forward to seeing him again on the big screen very soon.

“I’m so grateful for this! Thank you so much. This means so much coming from College..” Eric Kofi Abrefa

Luke McCall is an actor from north Wales graduating in MA Musical Theatre at RWCMD. He has appeared several times on Welsh television channel S4C but mainly works in theatre having performed in Phantom of the Opera on the West End and Les Miserables at Queen’s Theatre in London. He is currently appearing in the international tour of Titanic.

Francesca Moody has produced theatre in London, Edinburgh, on tour in the UK and internationally. She is the original producer of the multi-award-winning and Olivier-nominated Fleabag by Phoebe Waller-Bridge, which she has presented in Edinburgh, at Soho Theatre on UK tours and internationally in South Korea and Australia and most recently New York for DryWrite.

Currently starring in Noises Off at the Lyric Hammersmith in London, Amy Morgan has performed in a number of productions since graduating from the BA Acting course at RWCMD in 2008. She has performed in theatre productions such as Exit the King, The Taming of the Shrew and Flora’s War to television such as The Cure, Netflix series Mr Selfridge and The Green Hollow.

“Well that’s absolutely lovely!!! What an honour!!! Thank you so so much!!! That’s so amazing and has totally made my YEAR! ” Amy Morgan

Since graduating Ian Peniston has embarked on a career specialising in temporary power installations for events and entertainment. Within the first 18 months of graduating Ian worked as a power technician on events such as the Eurovision Song Contest, Open Golf Championship and the Ryder Cup. 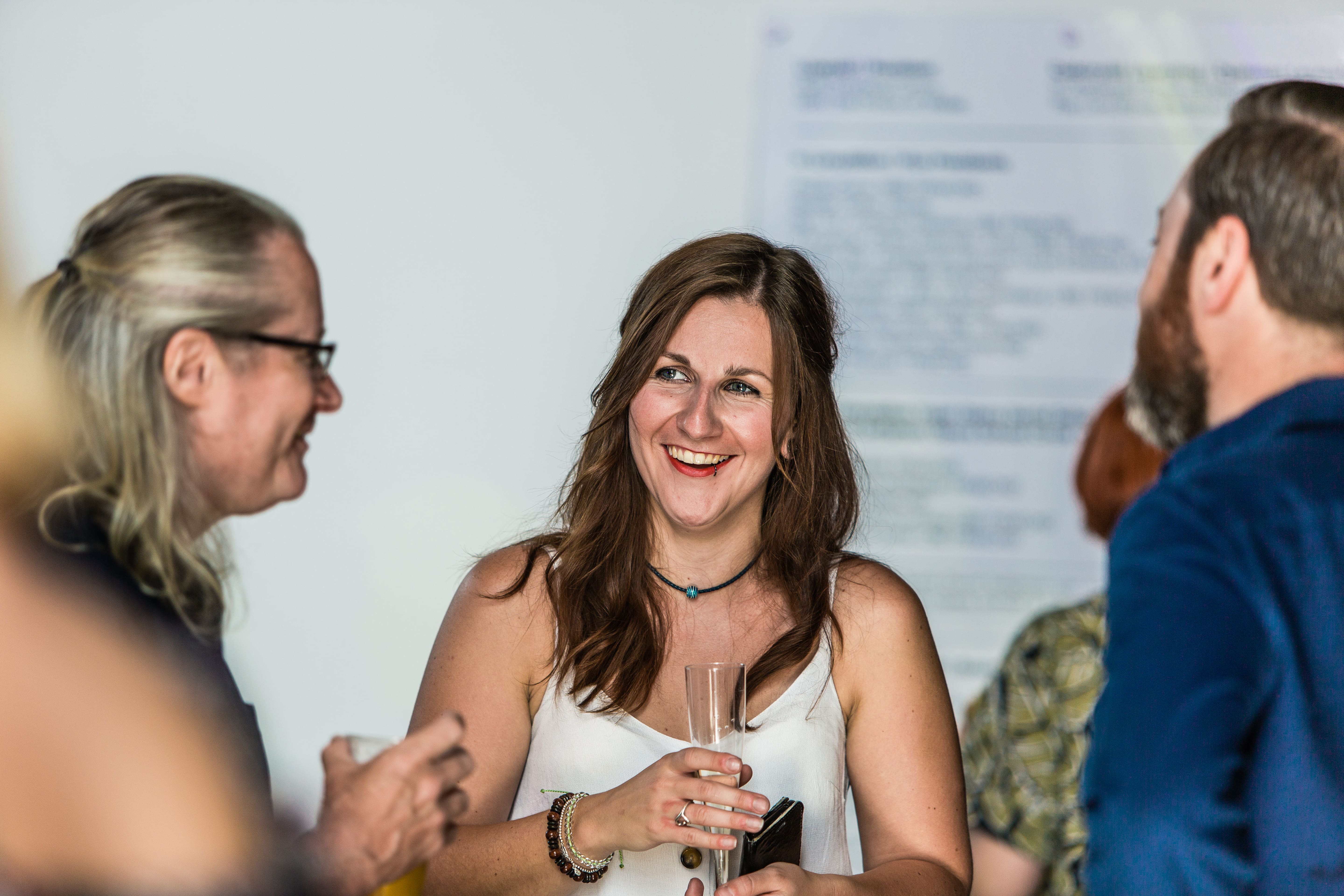 After graduating in 2009 Sarah-Jayne Powell has stage-managed for a wide variety of companies across many venues in the UK and abroad. Sarah went on to stage manage the 10th Anniversary UK Tour of War Horse for the National Theatre which toured up and down the country for 18 months.

Anjana Vasan graduated in Acting at College and has since featured in Cinderella, Netflix’s Black Mirror and Sex Education and, most recently, Spider-Man: Far From Home. Her next role will be in American-British drama Mughal Mowgli directed by Bassam Tariq.

Very honoured to be awarded as an Associate at @RWCMD. Here’s me rocking a @joshuakanebespk wonder, & my date for today: my beautiful Mum. pic.twitter.com/WRZXSk3tVc

Welsh actor Alexander Vlahos is best known for his roles as Philipe d’Orleans in the periodic drama Versailles, starring in all 30 episodes as the brother of the notorious King Louis XIV, and as Mordred in the medieval fantasy fiction Merlin. Graduating in 2009 from the RWCMD, Vlahos made his first on screen appearance in the BBC drama Crash.

Rike Zöellner is a London based Costume Designer originally from Germany. She trained at College after a BA in Modern Literature and Performing Arts in France. 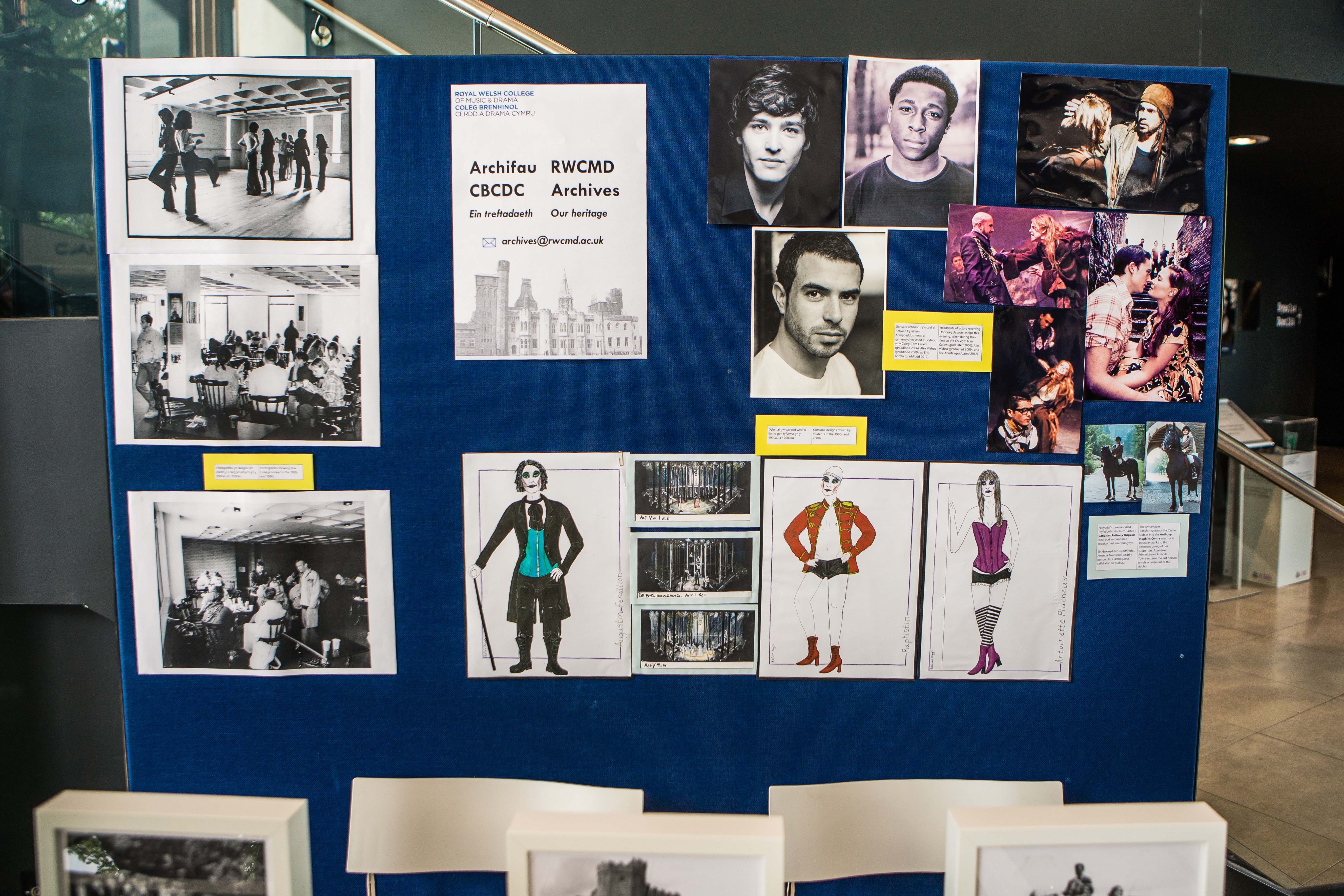