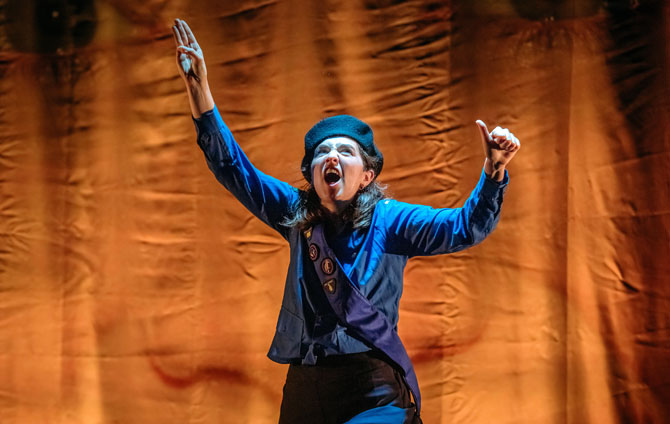 Acting grads Remy Beasley and Francesca Moody, who met at RWCMD in 2010 while Francesca was studying her MA, have reunited to bring Do Our Best, ‘A phenomenal hour of emotional, immersive, funny and gut-wrenching theatre,’ to this year’s Edinburgh Fringe.

Remy wrote and performed the one-woman play about grief and Girl Guides, which was produced by Francesca, best known for first bringing the phenomenal Fleabag to the Fringe in 2013. 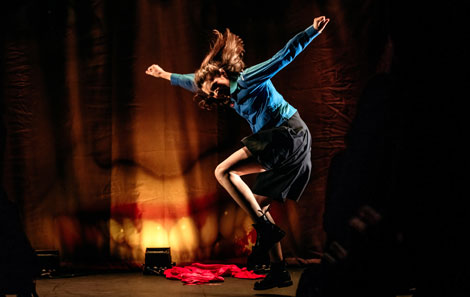 Remy in Do Our Best

Francesca, who was made an Honorary Associate of the College last term, and runs Francesca Moody Productions, is currently producing Fleabag’s hugely anticipated return in the West End.

Our second EdFringe podcast features @ChescMood , @MrRichardGadd and @RemyLea – finding the work you want to produce, writing and performing your own solo show, and transitioning between genres. https://t.co/N3WQpWn9Tg – our podcast INSIGHTS is available on iTunes & Spotify!

They talked to us about their how their time at College provided them with so many ‘serendipitous moments,’ and the confidence, opportunities and contacts to pursue their own career paths: championing, creating and producing new writing.

While studying for her MA, Francesca, who now has seven Fringe-Firsts awards under her belt, met Vicky Jones who directed her in the College’s production of The Cherry Orchard.

Vicky is also the co-Artistic Director of Drywrite, a company championing new work, with Phoebe Waller-Bridge. The rest, as we all know, is Fleabag History. 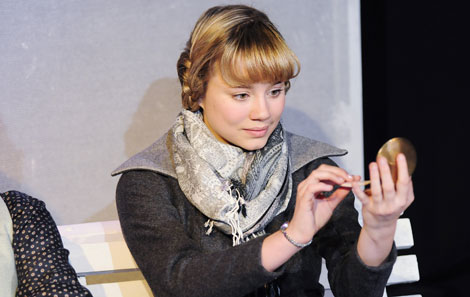 Francesca in the College’s 2010 production of The Cherry Orchard, directed by Vicky Jones. Photo: Kirsten McTernan

“Even though I didn’t ultimately follow a career as an actor my time at RWCMD was unbelievably instrumental in my career as a producer.

Ultimately, the reason I ended up producing Fleabag, the turning point of my career as a producer, was because I met Vicky at College,” explains Francesca.

“What I loved about the acting MA was that there was no distinction between the BA and the MA students once we got into showcase and shows together. This approach really helped give us all confidence in our abilities.

Of course she also met Remy there and now they’re working together. In a recent Guardian interview, which calls Francesca the ‘Fleabag super-producer,’ she says of Remy, ” Like Phoebe, she’s one of those people you just gravitate towards. She’s an amazing storyteller, naturally funny, not afraid to be ugly on stage.”

“As a producer the relationships with the writers are everything,” she tells us, “and the best and most fruitful shows are the ones where I committed time and energy to the person I am working with – which is why I think Do Our Best is doing so well.“

Remy, who also used to work with the College’s Young Actors Studio, was in Spring Awakening at College, written by Gary Owen and directed by George Perrin. George went on to become joint artistic director of Paines Plough – one of the College’s key partners for NEW, championing new writing. 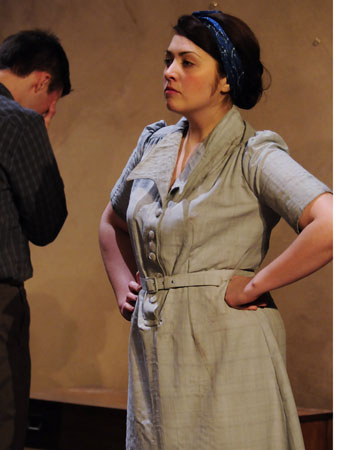 “Meeting George was my introduction to the new writing world,” said Remy. “It was a real serendipitous moment being cast with him as director. I’ve met so many exciting creatives through that one meeting at College.”

Three years ago she was performing in the Roundabout festival at Paines Plough, where she was reunited with Francesca, who was Producer there.

“Francesca has been hugely supportive of Do Our Best, and really made it happen. She took a punt on me and let me create what I wanted.

It was hugely galvanising to have someone simply saying ‘I believe you can do it and I believe it’ll be brilliant’. It was utterly bolstering and it’s truly all it takes sometimes to give you the confidence to get stuff done.”

Remy credits the College with nurturing and encouraging her writing:

“The College EYAs (End of Year Assessments) were a great introduction to writing our own material. We all had to write, direct and perform our own plays at the end of our first and second years.

Also in second year, head of actor training Dave Bond took some of us, including Kat Pearce and Lewis Reeves, to a writing course at Paul Abbot’s house, which was an amazing learning experience.

This is a great time for women writers and performers. I’ve been really inspired and supported by another RWCMD grad, Ruth Jones, who I worked with on her show Stella, Julia Davies, Susie Wokoma, Daisy May Cooper, Michaela Coel…

There are tons of amazing women out there making all kinds of work, not just the ones who get seen on TV.”

Read some of the reviews of Do Our Best:

Photos of Do Our Best: credit Mihaela Bodlovic

Congratulations to our Honorary Drama Associates