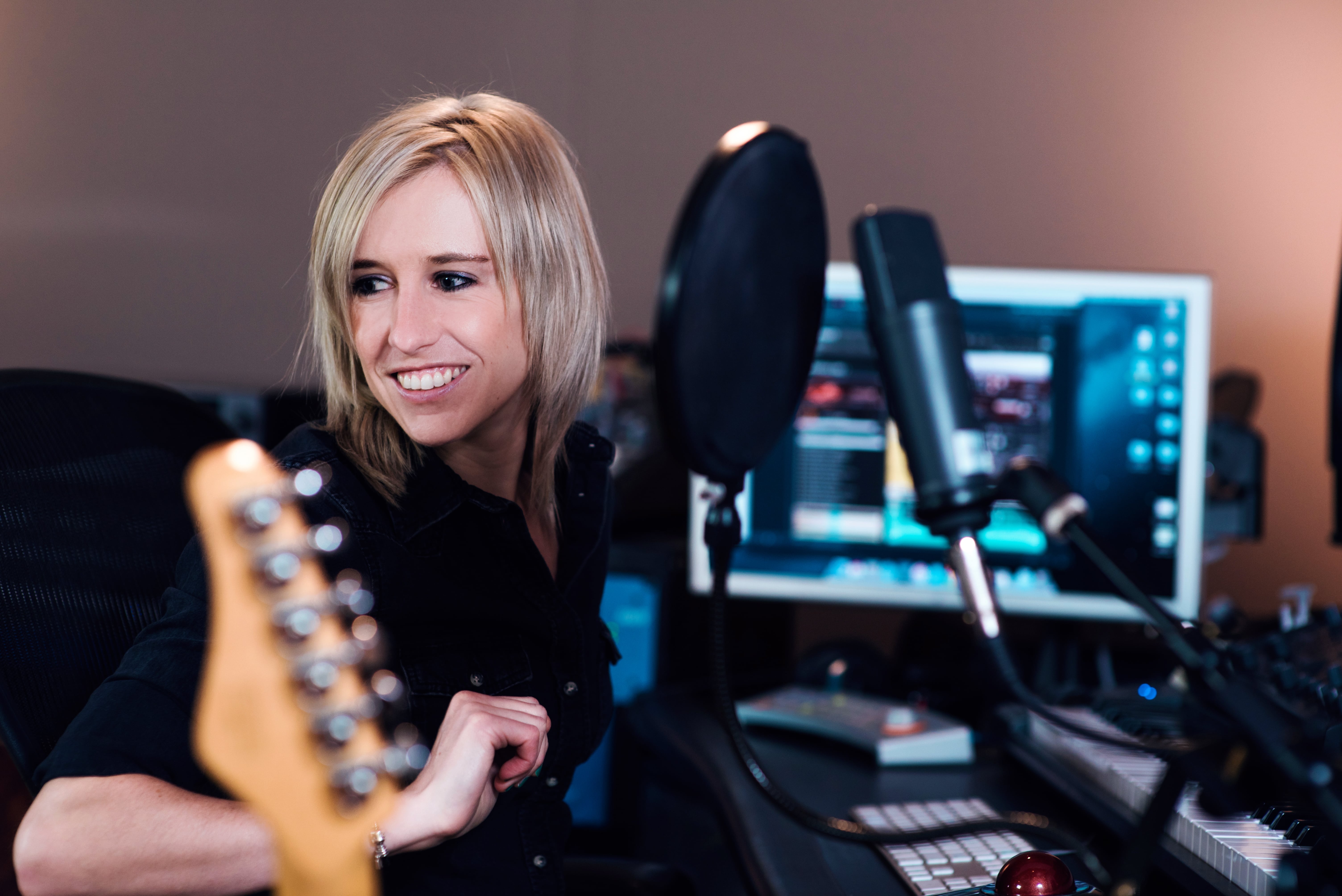 It’s said a picture paints a thousand words, but it seems a score can tell an entire animated series, if RWCMD grad Joanne Higginbottom has anything to do with it, composing for Adult Swim’s latest animated series Primal.

The 10-part pre-historic show has no dialogue and relies on graphic imagery and Joanne’s musical themes, to work with the animation to tell its story.

Joanne, who is also an Honorary Associate of the College, graduated in composition with creative music technology, which is now fully incorporated into the College’s composition course.

No sooner had she graduated than she set off for Los Angeles to work with American composer Tyler Bates.

Seven years later and she’s still working in Hollywood collaborating with Tyler, this time to produce the score for Primal.

In an interview with music software company Output, Joanne talks about her journey from College to Hollywood:

So far she’s worked on a huge variety of big budget projects across film, TV and video games.

It was wonderful to attend the Premiere of #FastAndFurious presents @hobbsandshaw last night & see the movie in all its glory with final sound mixing & final VFX. Go see it August 2nd – it’s one hell of a ride & super funny. #womeninfilm #musicforfilm #musicfortv #additionalmusic #score #soundtrack

Her work has been published on Milan Records, a label specialising in film scores and soundtracks for big budget action movies.

They’ve already released her latest score for The Public, ahead of the film’s UK premiere in November.

Joanne recalls her first day in her new role, and offers advice to aspiring composers on how to be successful in Hollywood:

‘First day on the job was Sucker Punch the movie with Zack Sneider and I show up at Capitol Records in LA and there’s a 55-piece choir singing this full, fantastic score and I got goosebumps.

I thought, ‘How did this happen? How have I gone from a college in Wales to the first day on the job and this is the reality?’ I was chucked in the deep end of the pool immediately.’

‘Everyone has a totally different pathway to get to work on high profile stuff like Guardians of the Galaxy. You’re never going to just come into this industry on the bottom floor and get a job like that.

You have to earn your way into it and have a good background, résumé and have people know you.’

Find out more about the College’s Composition course.