Tim Routledge: From the Spice Girls to Stormzy 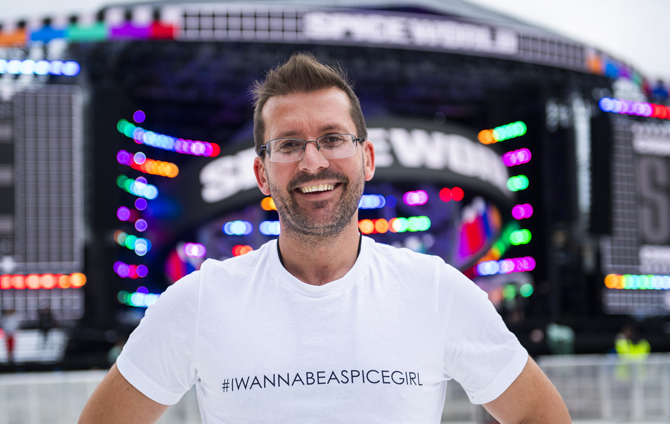 Since graduating from RWCMD in 1996, Tim Routledge has lit up the world with stunning shows for the biggest names in music and popular culture, from ITV’s X Factor to Beyoncé.

But 2019 was a new high: not only was he appointed as the College’s first Hodge International Chair in Stage Management, and won Lighting Designer of the Year for the second time…

But he also created ground-breaking shows for the Spice Girls at Wembley, and won the Royal Television Society ‘Lighting for Multicamera’ Award for the incredible Stormzy performance which made Glastonbury history:

Tonight @Stormzy made history by being the first black solo British headliner at Glastonbury. The performance was political, iconic and the ballet was beautifully powerful. It won’t just go down in Glastonbury history – it’ll go down in our country’s cultural history. #Glasto2019 pic.twitter.com/pmRt5OuqBI

This show, which Tim and his crew only had an hour to build in between acts at Glastonbury, was an overwhelming success.

Taking a different approach to staging the usual music set, it told a story throughout the performance, with all the theatrical challenges that brings with it.

The Stormzy show also won Tim one of his two Knight Of Illumination Awards:

The winner of the @DTSlighting for Events is Tim Routledge for @stormzy at Glastonbury. Though not here tonight, we had a fantastic video sent in in case he won! #KOI2019 ⚔️ pic.twitter.com/dnxMlj446N

The other was for Mercury Prize-winning rapper Dave’s Psychodrama at Brixton Academy.

Let’s not forget the Spice Girls tour earlier in the year….

Having watched the Spice Girls himself at Wembley back in 1998, Tim never expected to be delivering the lighting for the 2019 stadium tour, which featured the biggest lighting rig he had ever designed.

He also got to work with fellow College graduate and costume designer Gabriella Slade.

I’m very proud that the exceptional creative work on #SpiceWorld is being acknowledged. Thank you @WeTransfer and well done @GabriellaSlade & @katemoross for your amazing effort xhttps://t.co/sguYGy5Ffd 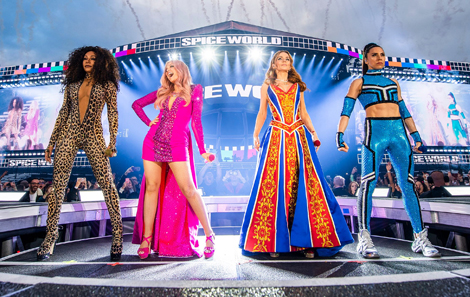 “I always base my designs firstly on how I want to light the artist.

So for the girls it was about glamour and perfection in key lighting, while for Stormzy it was about him being a sculptural figure with a very different vibe… We took South London to a farm.”

‘The rules of stage design are open and I always keep my eyes open in search of something unique. It’s the mix that makes it all so fascinating.’

Tim has previously lighted the Beijing Olympics, the Commonwealth Games and a whole host of music’s biggest names.

He’ll return to the College to deliver projects with our students over the next year. 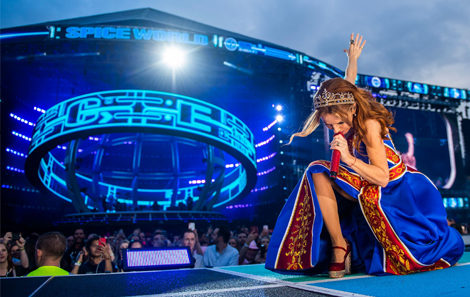 Find out more about out Stage Management courses here.