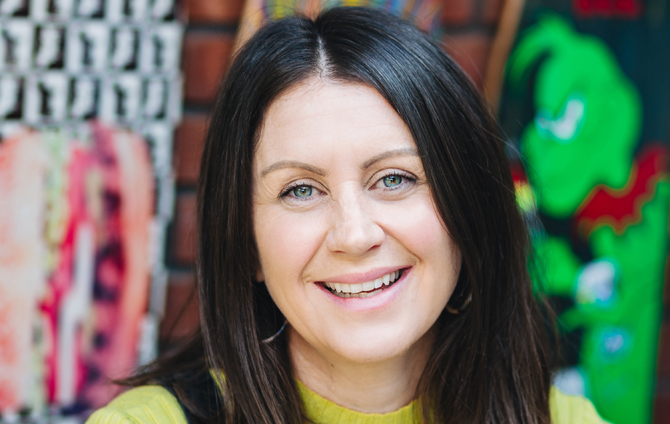 Her prize includes a broadcast credit on BBC Radio 4 and/or BBC Sounds, a £12,000 bursary, and a year working with both the BBC and National Theatre Wales.

Guest judge and Keeping Faith writer Matthew Hall, will also be her mentor. He said her winning script, Impacted, brought together the ‘crucial elements of drama: a layered and complex character and a story with dramatic conflict and surprising twists.’

“I’m thrilled my play is going to be commissioned, developed and produced for BBC Radio 4,” said Rhiannon.

“When I trained as an actor at RWCMD I always loved our radio lessons. The fact that you’re never restricted to time or place in the arts really excites me.”

Apparently I’m ‘one to watch’. I’ll be in Chapter all day tomorrow writing if anyone fancies popping down to watch me. Much cheaper than Sky hun. https://t.co/MyL5LtHPoo

Rhiannon, who turned from acting to writing in 2007, and already has screenwriting credits for S4C, told us how her time studying at College inspired her writing:

“I wrote my first-ever piece for our final assessment in my third year on the Acting course.

“I remember coming off stage and one of my peers saying to me – ‘Rhiannon, don’t stop writing.’

“I think it’s important for students to know that even if you don’t make it as an actor or whatever else that first dream was, within the world of theatre and drama, there are other paths out there.

“It’s just about finding the right one.”

I mean, somebody pinch me 😆… https://t.co/BqGIEwErkg

Shortly after starting her writing career, Rhiannon became the first-ever ‘Cherry Popper’ at Wales’ award-winning Dirty Protest Theatre – having her own writing performed for the very first time. She’s since had her work performed at many venues including Edinburgh Fringe, the National Eisteddfod, Latitude Festival and The Other Room.

What a fantastic day. So much talent across the board and a wonderful winner in Rhiannon Boyle.

“It means so much to be selected as the winner. It’s given me such a confidence boost as I’ve never been very sure whether I was any good.

“I’ve been writing for a good few years now, and it’s often hard to keep going and to see that light at the end of the tunnel, but this opportunity is going to offer invaluable support, guidance and mentorship.”