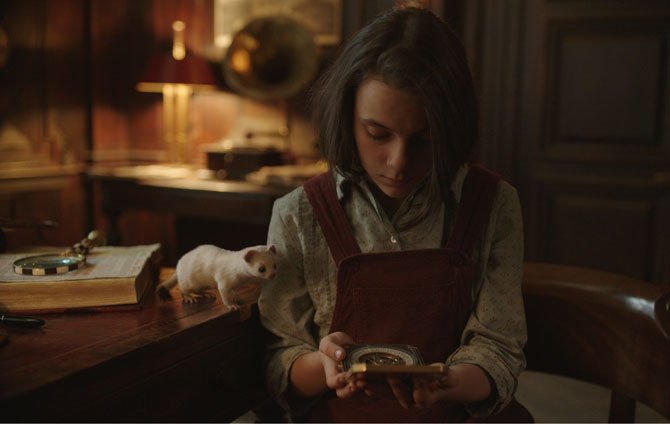 The BBC has launched its most ambitious TV series yet. And it’s Made In Wales.

Made by Bad Wolf, His Dark Materials is already a huge critical success, and features a plethora of RWCMD grads and students on placement. They’ve been working on this fantastical adaptation, from acting to production design, from creature effects to locations – 29 at the last count!

#MadeInWales , a massive thank you again to all our hard working Cast & Crew who contributed to bringing this magnificent story to life ✨🏴󠁧󠁢󠁷󠁬󠁳󠁿 https://t.co/crOMf9Wqh3

Design graduate James North was a Supervising Art Director on the first season:

“The College has a fantastic relationship with Bad Wolf, and students come on regular placements here, which often leads to full-time employment when they graduate.

It’s an amazing time to be studying in Cardiff as there are so many creative opportunities on our doorstep. The TV industry is really booming here and students can see themselves forging a significant career straight from College.”

The second season is already being filmed here in Wales, and many graduates have gone straight from their College work experience on season one to be a part of the creative team working on season two…

The TV industry in Wales is being taken to a new level with #HisDarkMaterials and its set to keep growing #longreads @BadWolf_TV @ScreenAllianceW https://t.co/1cDGivpiWP 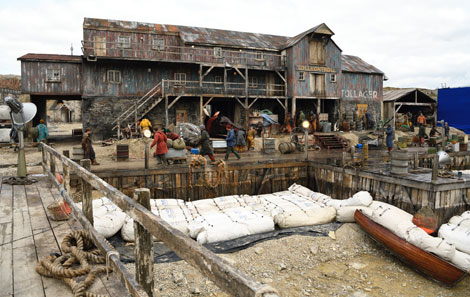 Just like design graduate Rosalind Mather, who had a College placement with Bad Wolf during her final year at RWCMD in 2017. She went straight into employment on season one of His Dark Materials and since then has worked as the Art Department Assistant on another Bad Wolf show, A Discovery of Witches.

“I can’t thank the College enough for giving me the opportunity to work with such an amazing television production company based right here in Cardiff.

RWCMD’s Director of Drama Sean Crowley made this happen by putting me in touch with both James and also with Screen Alliance Wales.

Without that I wouldn’t be where I am now, having worked on two shows for Bad Wolf for the past year since leaving RWCMD, alongside James and his brilliant team.”

Screen Alliance Wales (SAW) is a joint venture between Bad Wolf and the College’s parent institution, the University of South Wales. Acting as a gateway between the industry and its workforce, it offers work placements and paid trainee positions on shows produced across Wales.

SAW’s Education and training officer Sarah O’Keefe, is also a graduate of the College, having studied her MA in Design for Performance here. 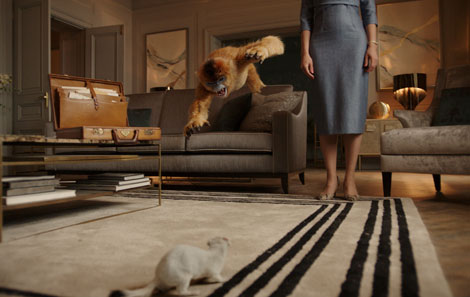 Joel Collins, the BAFTA award-winning Production Designer and Executive Producer for Bad Wolf, employs and works with many of the graduates, bringing some of them, like assistant art director and RWCMD grad Hattie Gent, with him from his time as production designer on Black Mirror.

“There’s a huge emerging television industry in Wales, recognising the rich seam of talent that is here, and that’s coming through from the College.
We’ve had some truly exceptional graduates.

The crew are amazing and they bring with them a creative independence and critical judgement, which is key to any career in television.
Once you have that you can take your career path wherever you want it to go.” 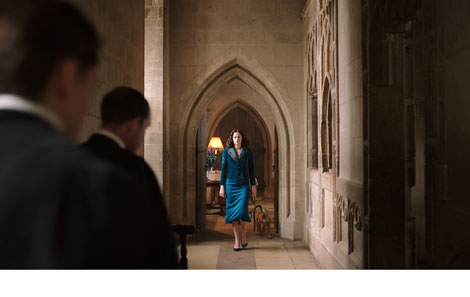 “His Dark Materials has probably the most complex shoot you could imagine and so we need graduates who are trained to cope with that level of difficulty,” said Joel.

“Graduates like Eleri Lloyd, who joined us as an art department assistant in Season One and is now working on Season Two as Standby Art Director.

Her training at Royal Welsh College means she is brilliant at seeing through a challenge like that.”

Bad Wolf, who has just been named ‘the fastest growing business in Wales,’ has a permanent base in Cardiff, with edit suites as well as the production studios, creating shows like Industry, executive produced by Lena Dunham, who also directed the pilot, and Discovery Of Witches.

His Dark Materials also stars Lin-Manuel Miranda, who dropped by to see our students while he was filming in Cardiff last year.

Find out more about our Design for Performance and Stage Management courses.

In the College Where it Happens, it’s GAfternoon, Lin-Manuel Miranda!