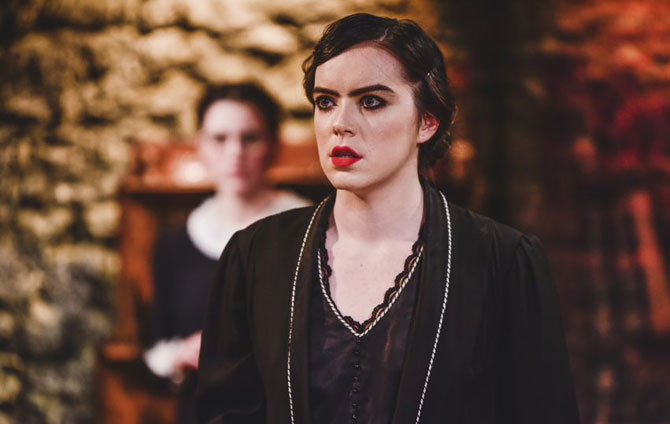 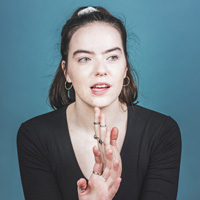 Final Year Actor Meg Lewis has set up Monologue Mix Up to bring 2020 acting grads from all over the country together to write and create.

Having suddenly left college with no agent and no future prospects, I, like many other 2020 grads was at a bit of a loss as to what to do.

So, this is why I’m doing Monologue Mix Up! The idea is to get 2020 acting grads from schools all over the UK to write and submit a monologue. Then, we mix it up! Monologues are switched between actors so everyone ends up with one written by someone else. They then film themselves performing the monologue and it gets shared via our Facebook and Twitter pages.

We all know the age-old tale of ‘If the work isn’t out there – create it!’ But at a time like this, that sentiment can feel rather lonely. Especially for us drama school lot who have spent three years closer than is probably healthy! I miss them madly. Drama school is quite literally like a family. You love them, you hate them. You’re stuck with them. Until something like this happens.

I can’t pick one! Here are some of my faves! @RWCMD Dance Nation by Clare Barron, directed by Elle While & Moon Licks by @charlotte_j_b directed by @HannahHauerKing Photos by @MarkDouet pic.twitter.com/S7hxQceXwA

Our last day at College before closing due to coronavirus was the day before opening our NEW Season shows, which unfortunately had to be cancelled. This was the MAs debut as part of the Richard Burton Theatre Company. Needless to say, it was a sad day.

However, in true RWCMD style, we banded together to put on a one-off, one-day festival where we watched dress rehearsals for all 4 shows due to open the very next day. This, to me, epitomizes what RWCMD is all about. It is a place, above all else, full of good, supportive human beings.

Meg and cast in Moon Licks, which was due to play in Cardiff and London as part of the NEW:2020 writing festival. Photos Mark Douet

RWCMD forces you to be a writer, even if you don’t think of yourself as one. At the end of our first and second years we have to write 20-30 minute plays and perform them as part of our course – the infamous EYAs or End of Year Assessments.

We then have a mini-festival: A two week period of watching around 40 plays back to back, written and performed by the first and second year actors. It’s the best experience I could wish upon anyone and hands down my favourite thing about RWCMD.

This, combined with having co-hosted the Writer’s Night at the Students Union, where people come together to read or perform their own original writing – whether that’s poetry, monologues, songs or scenes – made me so aware and so in awe of the talents of the people at RWCMD – that I was surrounded by not only brilliant actors, but extraordinary writers. I wanted to do something for them. To showcase that. 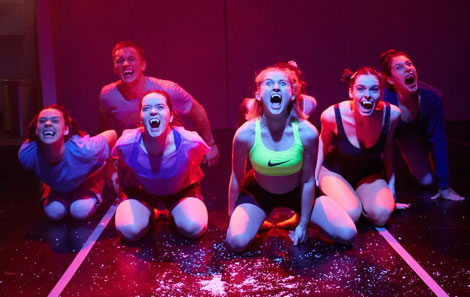 As the EYAs consisted of writing for ourselves mainly, but also for other actors cast in our plays, I thought it would be a really fun idea to get people writing for each other. To focus solely on the writing of something and then solely on the acting of it, as opposed to the two being intertwined. It started as an idea to pitch to my year group, and about 20 seconds later it only seemed right that this should be shared with 2020 grads all over the UK.

We are living in a time of such uncertainty about the future. Especially with a career in the arts – or the attempt at starting one! I wanted to create a platform for people to continue creating, collaborating and connecting, regardless of the distance between us.

I’ve met such incredible people through RWCMD. This project is for not only them, but for all the 2020 grads out there – we are all in this together. So, with some supportive chat from my housemate Ben and amazing designs from my boyfriend Luke  – fellow third year actors, – Monologue Mix Up has begun.

Follow @MonologueMixUp for all the latest news and ways to get involved.

Meg also took part in the Chippy Lane Productions celebration of our final year actors with its very special edition of their podcast, showcasing 16 of our actors and writers, and introduced by grad and Chippy Lane Creative Associate Sophie Melville:

Graduate actors Jimmy Fairhurst and Louise Haggerty, with their theatre company Not Too Tame, have also put a shout out for monologues as part of their #LocalLegends campaign. They’ve lined up ncredible actors such as Maxine Peake, Julie Hesmondhalgh and our very own actor and writer Katherine Pearce, ready and waiting to perform to create a digital mini-series and raise money for essential causes.

⚡️👉1 WEEK TO GO TO GET YOUR MONOLOGUE PITCHES IN!!👈⚡️ Your ideas could be performed by these phenomenal performers to raise money for those affected by #COVID19 https://t.co/0YrzaY1scs for more info #LOCALLEGENDS pic.twitter.com/fFrvxdr5ex

Find out more about Not Too Tame’s #LocalLegends Challenge here.

Read more about training as an actor at RWCMD on our Acting course pages.