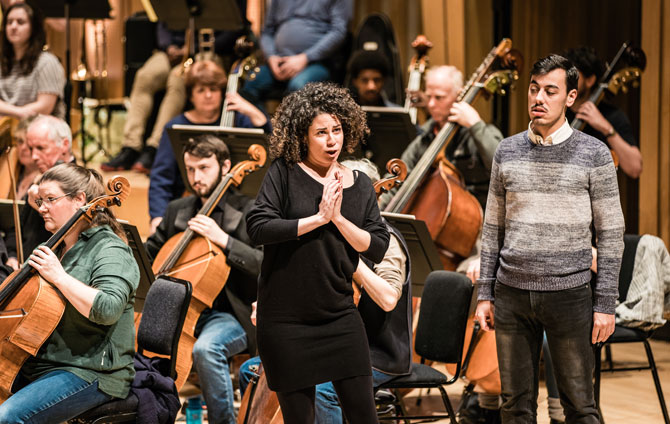 This year, the competition, which celebrates Janet’s belief in the Italian bel canto tradition as a fundamental component in the art of operatic performance, took place online rather than in the College’s Dora Stoutzker hall as is traditional. 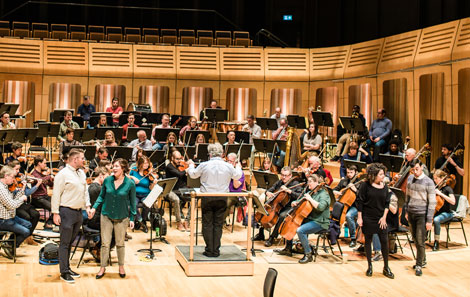 Elena joined past and present students of the David Seligman Opera School performing with Welsh National Opera and Maestro Carlo Rizzi in 2019 to celebrate the College’s 70th birthday.

Students performed a 15-minute recorded programme, which had to include an Italian aria in the bel canto tradition, a Mozart aria and a German Lied or French Art song.

“I’m very grateful and delighted that the Janet Price Competition could be celebrated this year, despite the distance and the challenges of current circumstances,” said Elena, pictured in the main image at the WNO Opera Gala, conducted by Hodge International Chair in Opera, Maestro Carlo Rizzi. 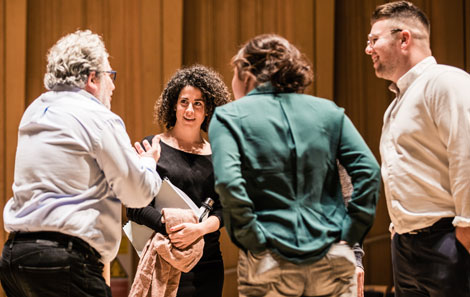 “Unfortunately, I couldn’t share the stage with my colleagues, but I know that the level of competition was remarkably high. So I can only express my thanks for having received this renowned Prize, which will help enormously in the continuation of my studies at RWCMD.”

Janet, who is a College Fellow and former RWCMD vocal tutor said,

“I am so pleased that we found a way of making the competition happen this year and I am grateful to the students for the time and commitment they put into making the recordings under very difficult circumstances. All of the competitors did a great job, but above all Elena produced a very flexible sound, a good feeling for line and showed musicality through her understanding of both music and text. I send special congratulations to Elena and warm wishes to all of the students for their second year of Opera studies at the RWCMD. I hope that they will continue to develop and flourish both as singers and people”.

The annual prize, which was founded in 2017, is open to students in their first year of study of the MA Opera Performance course.

Elena’s studies at the College are also supported by the Clive and Sylvia Richards Charity.

Find out more about the David Seligman Opera School.