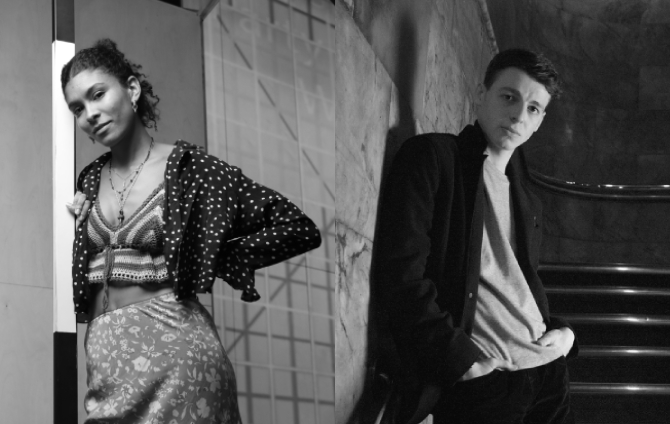 While the world’s been paused, our acting grads have played on in leading roles on your TV screens.

Our alumni are starring in some of the biggest names in streaming so far this year:

Brought to you by the creators of The Wire, Anthony Boyle (main image right) plays Alvin Levin, alongside Winona Ryder and John Turturro, in HBO’s World War Two alternative history drama The Plot Against America.

Ed burns wrote tonight’s episode of #theplotagainstamerica
He wrote The Wire, Generation Kill and The Corner with David Simon.
Here’s me asking him to write me more lines or a scene where Alvin catches a break
HBO 9pm pic.twitter.com/sWfHxJ0Eil

While still in his final year at College Anthony was cast as Scorpius Malfoy in the multi-award-winning stage production of Harry Potter and the Cursed Child, performing in both London and on Broadway. 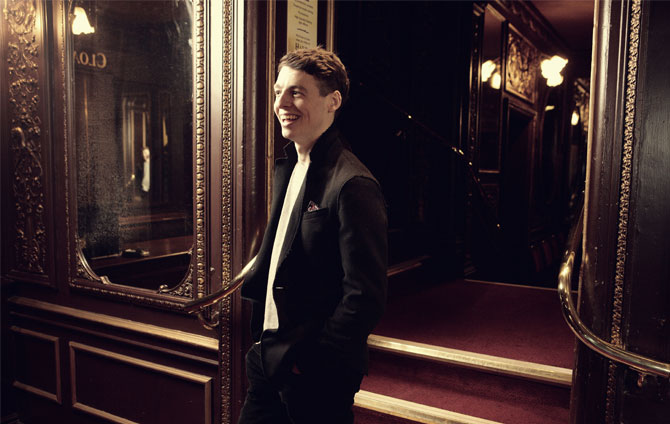 Anthony taking a break between shows at London’s Palace Theatre.

He won the Olivier Award for Best Supporting Actor, as well as a string of other nominations and awards, for his performance as Draco Malfoy’s son.

The Plot Against America airs on Sky Atlantic this autumn.

I loved #Trigonometry on #BBC , here is my @FT piece https://t.co/VCjsgeobEm

Thalissa has gained much critical acclaim for her theatre roles, including performances in Julie at the National Theatre, opposite fellow acting grad Eric Kofi Abrefa, and Vanessa Kirby, and with Billie Piper in Yerma at the Young Vic.

Among her many great reviews, last year Thalissa headed The Guardian’s list of 20 unmissable culture and rising stars of 2020.

Described by the Financial Times as ‘brave and furiously compelling,’ find out how Gemma navigates her new flatshare in Trigonometry on BBC iPlayer. 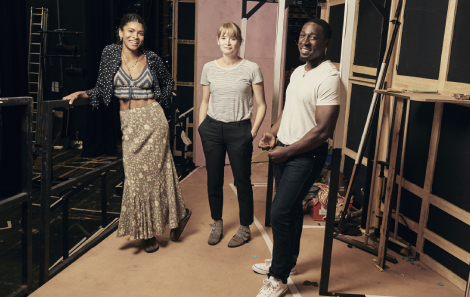 Recently seen with Hugh Grant and Matthew McConaughey in Guy Ritchie’s The Gentlemen, Tom was named as one of the 2012 Stars of Tomorrow by Screen International the year he graduated.

He told inews that he always returns to his College training when playing complex roles:

“One of the first things I was taught by my acting teachers was that you can’t judge a character that you’re playing,” he said

“If you, as an individual, are criticising the character you’re playing, then you can’t align yourself with that person at all.”

#WhiteLines is out on @netflix worldwide on the 15th of May. It’s an Absolute Ride. Buckle up, Tune in. #stayhomestaysafe #AXELAMADEUS *note I am the only one social distancing in this photograph

Joining Tom in the cast is grad Jonny Green as Axel’s friend David.

Until then, White Lines is available on Netflix right now. Watch the trailer:

From the creator of Money Heist and the producers of The Crown – all 10 episodes of White Lines arrive on Netflix tomorrow! pic.twitter.com/1JH4j7vyOl

“It’s my love letter to my home and for all those kids who needed to escape to be themselves. And at its heart are two extraordinary young stars, Fionn O’Shea and Lola Petticrew.”

Check out the trailer here.

Are your mam and dad watching ?ok ok. Kiss me but also dont touch me. Like convince people we're together but also keep your pelvis two metres away from my pelvis all times. Amber and Eddie, socially distant before it was cool. DATING AMBER // JUNE 4TH. @primevideouk @altitudefilmuk @davefreyne @fionnos x

Talking of Normal People, graduate Aoife Hinds, appears in this smash summer hit, getting up close and personal with that now iconic neck chain, as Connell’s university girlfriend Helen.

You can watch it on BBC iPlayer now or, if you’re outside the UK, you can catch it on Hulu.

This episode made me laugh so hard and bawl crying, I’m so proud to be a part of this show Aoife Hinds you are a queen #DerryGirls

And of course, many more of our acting students and grads can also be seen online, sharing monologues, play-readings and zoom theatre productions. Follow #RWCMDCreative for more info.

Find out about our Acting courses at RWCMD and check out #RWCMDActing on Twitter and Instagram for the latest news.