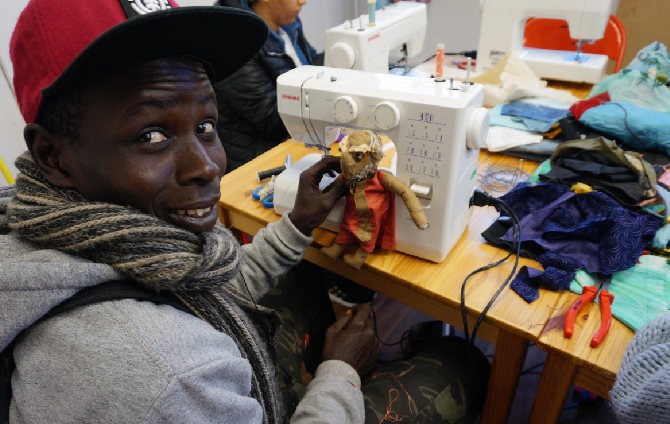 Design for Performance grad Valentine Gigandet has won the RWCMD Skills Award for her work with Oasis Cardiff, a charity which helps refugees and asylum seekers integrate into the local community.

Earlier this year, Valentine a student at @rwcmd volunteered with our women’s craft group. She helped the women to make rag dolls and they were incorporated into her coursework. The final piece is now on display at the college, look at how great they are!

Since March 2019 she’s volunteered to run her Sew To Say sewing workshops at the Centre.

“Oasis participants mostly came because they wanted to share time crafting with other people.” she explained. “It brought them joy, a sense of belonging, a place to speak, listen, and learn some basic sewing skills.

They also learned new English words and phrases along the way, positively engaged in storytelling, and the most important thing: we all laughed together!” 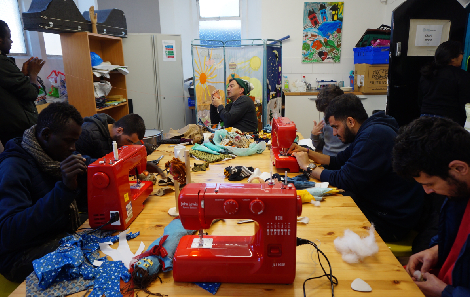 “I started running ragdoll sewing workshops as a volunteer for women only every Monday afternoon, but since October last year, I opened the workshops to all ages and genders.”

Each ragdoll was named at ‘birth’ and the class would get even more creative under Valentine’s guidance:

“The participants gave names to their creation and drew a storyboard to tell the story of their doll, too. They could tell any story they wanted.

“The next step is to perform these short stories to an audience but we have only done that within the group so far.”

It’s refugee week! Check all the events at refugeeweek.org.uk. These dolls were all made by people seeking sanctuary in the UK. Workshops run at Oasis Cardiff from March 2019 to today. #refugeeweek2020 #refugeeweek #imagine #festival #refugeeswelcome #asylumseekerswelcome #oasiscdf #storytelling #puppetry #ragdolls #cardifflife

When lockdown eases, Valentine has further plans for her and Oasis to work with Valleys Kids, an organisation that supports children in the south Wales Valleys through work and play: they’d planned to do the first workshop in April at the Pop Factory in Porth, so she’s hoping to be able to start that as soon as possible. 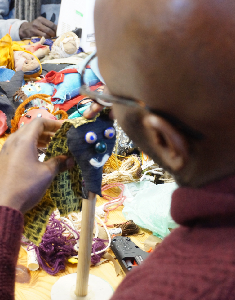 “None of this would have been possible without the amazing Oasis workshop participants, Matt Salley, Emeline Beroud, Jacci Peach and Oasis team,” said Valentine, “so huge thanks to all of them.” 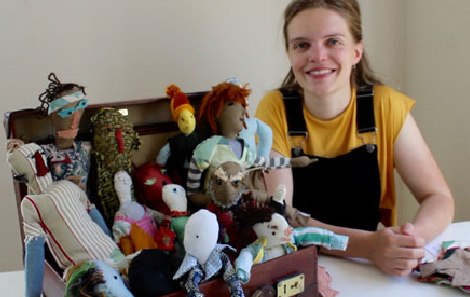 Valentine and some of the dolls created at the workshops