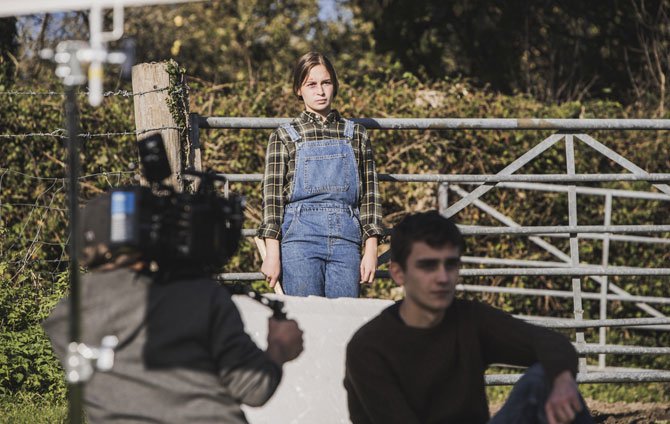 Drama training and performance relies so much on being together and responding to each other in a physical space – so how do we do that and share students work with our audiences when we can’t yet open our doors to the public?

This is the first project of our acting, design and stage management students’ final year and we wanted to enable them to keep doing what they do best, but this time up on the big screen. 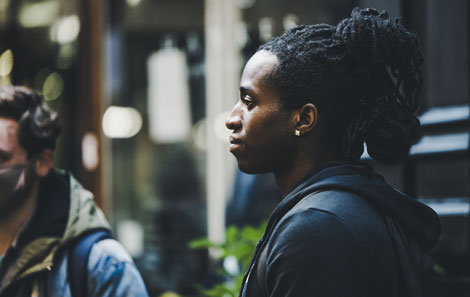 For most of them it was their first time working with a professional crew on a film set on location, and they’ve had to deal with everything from doing their own make up, to fighting against the fading autumn light, to throwing polysterene bricks and nurturing birds and babies, and all of course with the ever-present element of social distancing – which meant having to ‘cheat’ some shots to give the impression they were closer than the two metres allowed.

As actors Blair Gyabaah and Curtis Kemlo, who both feature in Simon Stephen’s Love, pointed out, the change from screen to stage this year has been eased by the ongoing screen training throughout their time at College.

Actor and graduate Mark Lewis Jones, who gave a masterclass this term, is one of the many actors, casting directors and directors to come and share his insider knowledge with the students. Here’s a tweet from when he came to talk to these students last year:

Fresh from his roles in @thecrownnetflix and #TheGoodLiar, #RWCMD graduate @Marklewisjones returned for a trip down memory lane to College today, and shared his considerable experience on acting for screen with our 2nd year students.
Diolch yn fawr! pic.twitter.com/j2aeeiN6CA

‘We worked through scenes, socially distanced, but in the room,’ explained Curtis. ‘Mark shot those scenes from various camera set ups to help us with our relationship to the camera and remind us what that feeling of opening-up to the lens is. The only difference now is that we’re taking it on to bigger better locations.‘

What did you learn about acting for film from creating these short films?

‘As with all acting, you have to bring a lot of yourself to the part or it wouldn’t be grounded in that reality that makes it believable to the audience,’ said Blair. ‘But in screen training, the acting can feel secondary to everything else that’s going on because of the crew and etc. You have to work harder to keep yourself in the zone and ignore the rest of it. And it helps to know your script back to front as you could do any scene at any time – and not in the way you expect it.’

Catrin Jones, who’s in Dove (and featured in the main image) added, ‘It was interesting to see how the crew found solutions to the challenges of filming specific scenes. Some of the thought processes they used to arrive at options were very creative. I’m keeping a mental note of them to help me to contribute to future shoots through my performances and in many other ways.’ 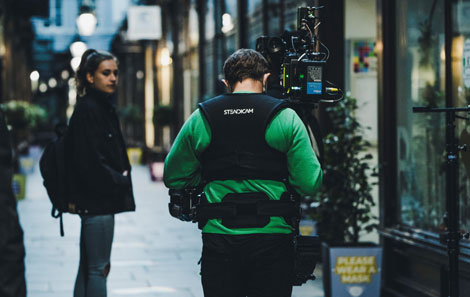 ‘One thing I learned, particularly during this shoot, is to be prepared for someone to call ‘action’ at any point,’ said Curtis. ‘You spend a lot of time as an actor waiting for the camera and lighting to be set up, so if you’re not careful you can be lulled into a relaxed state of mind, and then that ‘sound, speed, action!’ can come out of nowhere! That sudden transition from waiting to acting can really throw you so I learned to be ready to snap into character once everyone else is good to go.’

Many things were different because of the new conditions and the actors had to learn to look after themselves:

Catrin: ‘Each morning of filming I woke up early and, with the help of my lovely housemate Nia Gandhi (who plays Flo in the film), put on my bruised and bloody make up. It was really interesting to learn how to do this, and definitely made us appreciate all of the work, detail and dedication that goes into costume and make up design.’ 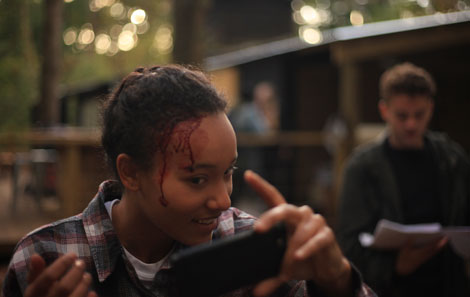 Actor Rue Blenkinsop checking her self-applied make up on the set of Radiance. credit: Archie Redford

Filming with a professional crew

‘Some of my shots were really close up, but with the help of the crew I knew exactly what each shot was, and so the concept of having a camera in my face was far less daunting, ‘ said Catrin.

‘Working with the professional crew made the acting much easier because we knew the camera would stay with us and so we could move quite freely,’ agreed Curtis. ‘Charlie the cameraman made it very clear that we could do what we needed in the scene as actors, and that he would always find us.

But it also meant that we got to experience what it was like to find moments where we could find him and play to the camera too. It was exciting watching everyone else do their bit to make the film work, I got a real sense of where we as actor’s fit in within the bigger picture of the production.’ 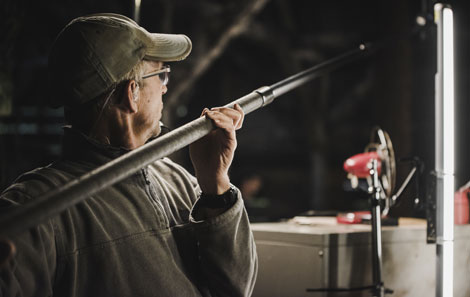 Shooting ‘Radiance’ in a barn in Merthyr Mawr

‘It was great working with a professional crew and it was good to get a taste of that before graduating,’ said Blair. ‘I think it’s important to learn what it’s like to be on a set and the difference between being on screen and on stage. ‘

‘I think the change of focus has been totally invaluable for us all.’ Said Catrin. ‘We’re so lucky to have been able to be creative and perform during such uncertain times, and we have all learned so much from our shoots.’

‘The circumstances we’ve found ourselves in this year have also shown us the importance of being flexible, creative and having the determination to find solutions to the most difficult of problems. I’m sure we’ll all need these qualities at many points in our careers.’ 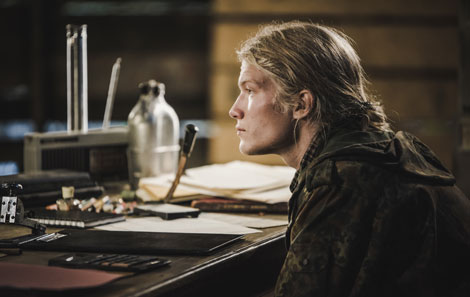 How does performing in the theatre compare to the screen?

For Blair, ‘Filming is less of an ensemble thing than when you’re in the theatre, and of course you can’t get a reaction, which is the beautiful thing about live performance.

But I’m torn between the two because the screen makes it more accessible, you get more people to look at you. We not only get seen by more people in the industry we want to get into, but also by family and friends around the world who wouldn’t get to see me perform otherwise. ‘ 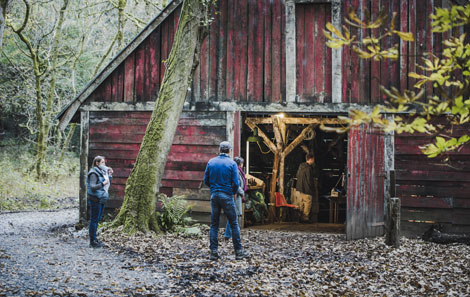 The barn where it’s all happening in ‘Radiance’.

Settle back, grab some popcorn and watch our brand new #RWCMDFilmFest here.

To find out more about studying acting at the College check out our acting course pages.

All other images: Kirsten McTernan