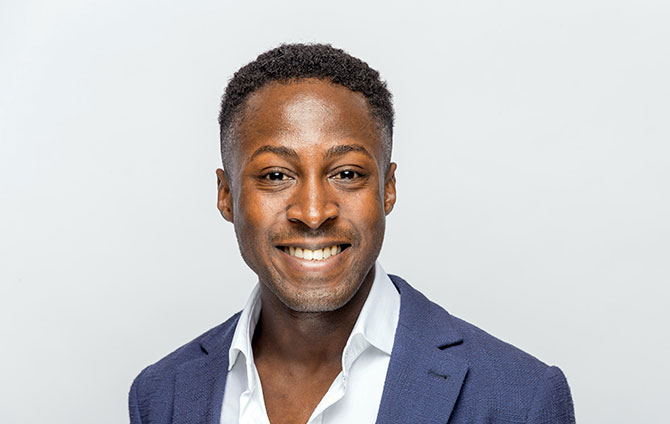 Meet the new Head of Classical Music at the Southbank Centre!

A passionate advocate for attracting new audiences and the engagement of young people, Music and Arts Management grad Toks Dada takes up his new role this month to start ‘reimaging the future of classical music.’

Delighted to confirm that I will be joining the @SouthbankCentre as Head of Classical Music.

‘It’s not an over-exaggeration to say that my time at RWCMD represents the most formative years of my life. The decade-long journey to being appointed Head of Classical Music at Southbank Centre, and the experiences along the way, all stem from my time at the College.

Despite studying as a viola player, the College provided me with the opportunity to develop skills I now utilise in my new role; be it from founding and running a music commissioning and producing company, leading REPCo (the College’s student enterprise initiative), or sitting on the Board of Sinfonia Cymru (the UK’s leading under-30s orchestra). As I once said: playing your instrument really is the minimum you should do.’ 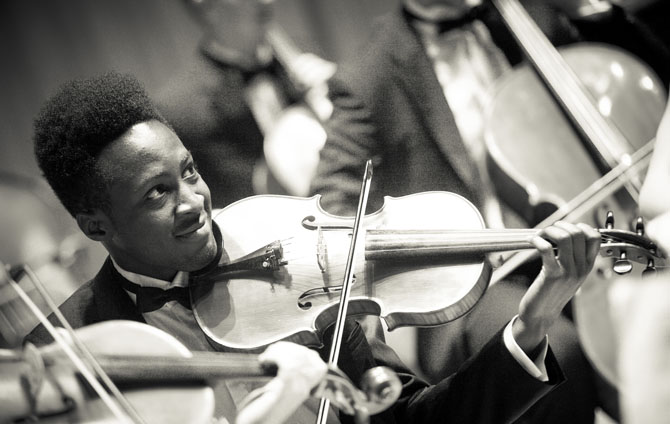 Toks playing at College in 2014

Here he is talking about the College in our New Era video in 2011 when we had just opened our world-class new facilities:

‘It sometimes feels like we’re already in the profession.
…There’s something in the air, in the atmosphere, that’s almost magical,’ said Toks then.

I can’t explain how amazing it’s been. You need to come here and be like a sponge, and absorb everything.

Playing your instrument is the minimum that you should do.‘ 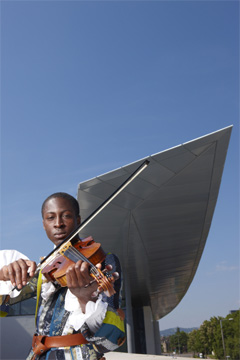 Toks has always aimed high. Here is he playing on the roof of the College!

Toks has many strings to his viola bow: Committed to bringing new audiences to classical music, he founded Sinfonia Newydd, a company commissioning and producing new music, when he was at College as well as being a leading light in our student enterprise company Repco. 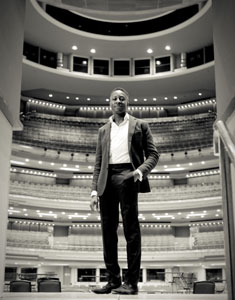 After graduating he became Programme Co-ordinator and then Classical Programme Coordinator at Town Hall Symphony Hall, Birmingham. He’s also a Board Director at Welsh National Opera and an Advisor at PRS for Music Foundation (the UK’s leading funder of new music across all genres), guest curator for the 2021 edition of Wonderfeel, the Netherlands’ biggest outdoor classical music festival,  and a Fellow of the International Society of Performing Arts.

And here’s Toks talking about the Arts Management course in 2016:

We look forward to seeing and hearing what the future of classical music holds. Llongyfarchiadau, Toks!

To find out more about Toks go to his website: www.toksdada.com

and to learn more about studying Music or Arts Management at the College check out our web pages.