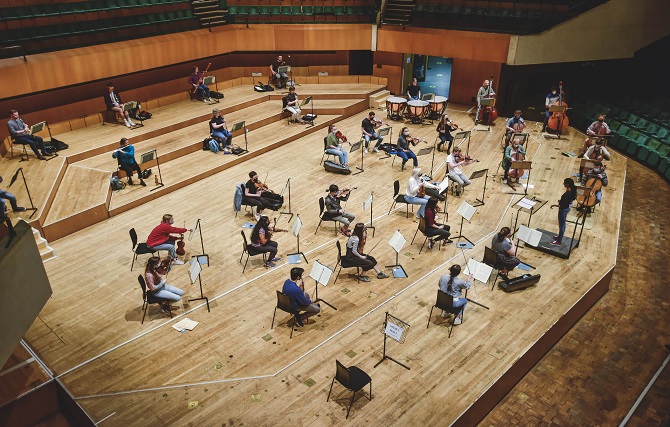 In July, the RWCMD Symphony Orchestra once again took to the stage at St David’s Hall, the National Concert Hall of Wales.

Led by Post Graduate Orchestral Conducting students Naviena Selvarajah, Kay Salomon and Constanca Simas, the orchestra performed a programme of favourites from the classical canon including Mozart’s Overture to Don Giovanni, Mendelssohn’s Hebrides Overture, and highlights from Beethoven Symphony no. 5.

The ensemble of 37 players were particularly excited about this performance having not performed together for over a year. 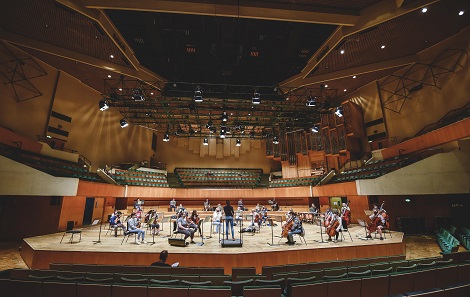 Of course to make this event possible the musicians have had to navigate a number of changes to their conventional seating plan to meet the social distancing guidelines for orchestral performance.

The string players were each separated by 2 metres, with the wind players playing 3.5 metres apart. The brass section were even sat in the choir stalls.

‘It was wonderful to make music together with our Symphony Orchestra in St David’s Hall. I’m very thankful to everyone who made this possible!’ said Naviena pictured below. 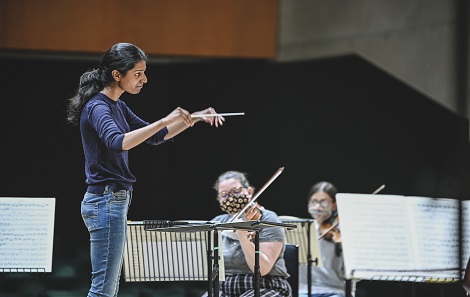 ‘It’s such an incredible opportunity for the orchestra to finally play together after such a long time,’ said Constanca.

‘For the conductors it’s also a great opportunity, and although the social distancing comes with its challenges it’s a reality that we need to know how to tackle for the near future.

It’s such a great experience and there’s a real sense of nostalgia in the air as it’s the last concert (and days) at the College, both for us and quite a few of the players in the orchestra.

That’s why we are really excited to work together for this great concert.’ 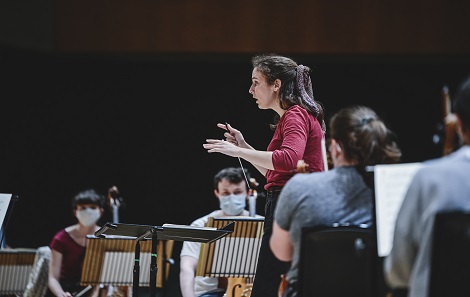 Kay agreed, ‘Conducting and performing our last concert with the RWCMD symphony orchestra in St David’s Hall was immensely fun and memorable. The enthusiasm of the players, the excitement of the pieces, of performing again in a concert hall created such a vibrant energy.

It was an emotional week because there were so many leavers, but also because of the pure joy of making making music with a chamber orchestra. The smiles on all the players’ and conductors’ faces at the end of the concert translated all this joy I think.’ 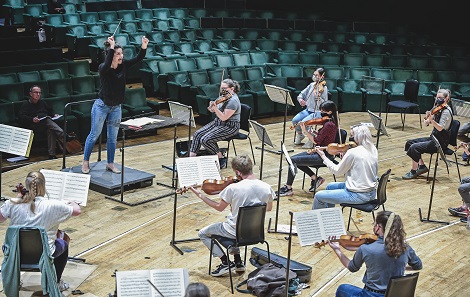