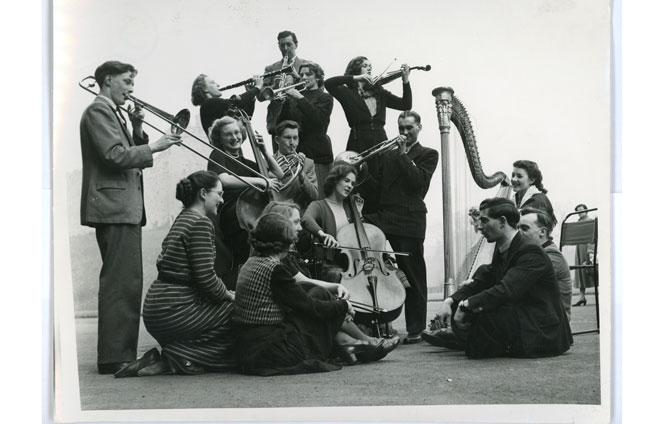 In Autumn 1949 Cardiff College of Music welcomed its first cohort of students to Cardiff Castle (the featured image shows music students at the Castle in 1951, just before a young music student called Anthony Hopkins joined the College in 1955),

From a special Gala performance with WNO Orchestra and singers from the David Seligman Opera School conducted by Carlo Rizzi, to music from the era with the Jazz Big Band’s celebration of 40’s jazz, to a special performance with RWCMD Symphony Orchestra at St David’s Hall featuring Fauré’s Requiem, RWCMD Concerto Competition winner Yuki Minami and the award-winning composition And the Sun Stood Still by student Sarah Jenkins.

We will also be revealing treasures from the archives in a 70th Anniversary Exhibition which tells the stories of our alumni over the decades.

There’s much more besides. If you’re looking for something a little different to while away the Autumn evenings, our 20/20 Visionaries events reward early bookers with discounted tickets for a rich mix of new performance experiences.

Events kick off in the first week of term with Manchester Collective: Sirocco, and include the incredible dancers of Rambert2, the London Sinfonietta’s celebration of minimalism, the mesmerising sounds of Indian slide guitarist Debashish Bhattacharya and the beautiful tunes of Skye piper Brìghde Chaimbeul. With plenty more to explore in the season, look out for the logo on selected events and become a 20/20 Visionary! 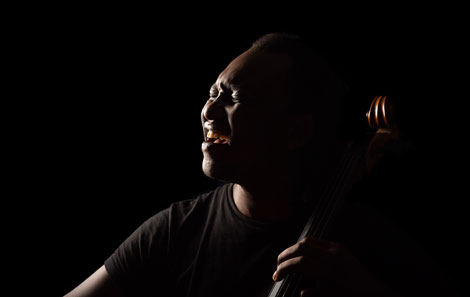 This year’s Steinway International Piano Series launches in September with the great Argentinian pianist Ingrid Fliter, famed for her Chopin interpretations, followed in November by Barry Douglas with a programme of Russian masterworks.

If you love spending Friday evenings listening to the next generation of jazz players in the foyer, why not try a show in the concert hall with some of the great names in jazz?

This Autumn with a focus on the piano, we celebrate the 90th anniversary of the legendary Bill Evans with Norma Winstone and Nikki Iles, welcome New Yorker Aaron Parks back with his quartet Little Big and experience the stunning new music Kit Downes has created for his latest ECM album.

Other highlights include a mammoth weekend of brass workshops and concerts featuring the great ensemble Superbrass, a collaboration between three stars of world music in the AKA Trio; and a celebration of Clara Schumann’s 200th anniversary with Lucy Parham and Lesley Sharp. 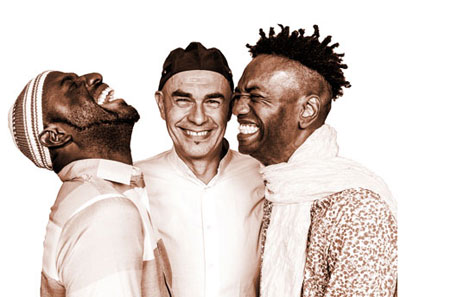 As always, we end the year with a Christmas season of entertainment for all the family which this year includes the animated film adaptation of We’re Going on a Bear Hunt with live orchestra and a dazzling new Christmas on Broadway production.

Come and join in the celebrations!

Deep in the Black Forest, Brahms thought he heard a melody – and that quiet scrap of song grew into his Horn Trio, one of his most personal and poetic masterpieces. Ben Goldschieder, Britain’s most exciting young horn player joins forces with two RWCMD colleagues, and follows it with Ligeti’s fantastic homage to Brahms: passionate, poetic music from an untamed imagination. 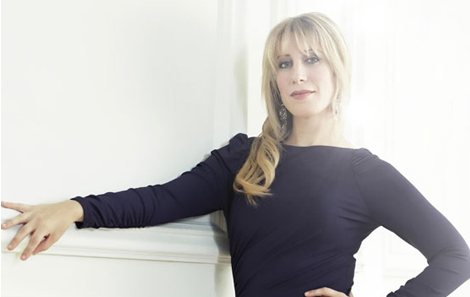 29th September, 11.00 am
Chopin’s Preludes are one of the marvels of 19th century piano music – each on a tiny musical world of fantasy, colour and romantic feeling. Ingrid Fliter’s recording of the cycle was chosen by Gramophone as one of the ’50 best Chopin recordings’, but there’s nothing to match the immediacy of hearing them performed live, with two of Beethoven’s Op.31 Sonatas as a spirited upbeat.

Tradition is about the future as well as the past, and the Swansea-born harpist and visual artist Rhodri Davies doesn’t just play the harp: he imagines its past, its present and its potential future, opening stunning new vistas and creating sounds like you’ve never heard. Today, he plays music by Yoko Ono and Carole Finer – as well as an eye-opening world premiere by the astonishing Adaya Godlevsky. 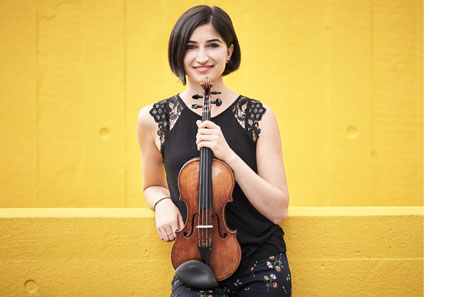 On an October lunchtime in Cardiff, we could all do with a little ‘je ne sais quoi’ – so let two inspirational young musicians whirl you away to Paris in the belle-époque. Fauré’s sonata belongs to a world of sumptuous salons and elegant dalliance; Ravel’s prefers to hang out in the jazz bars of the left bank. But together, they’ll transport you.

18th October, 1.15 pm
When Peter Moore was appointed Co-Principal Trombone of the London Symphony Orchestra in 2014 he made history: at the age of just 18, he was the LSO’s youngest ever member. It’s been said that he makes the trombone sing like a human voice – so why not hear for yourself, as we welcome him to Cardiff for a solo recital with a distinctly French flavour. 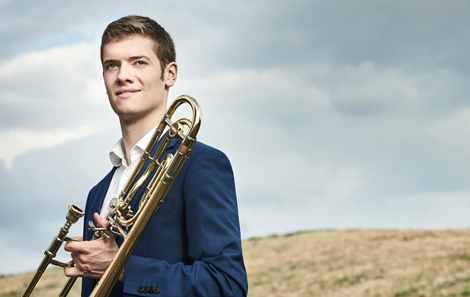 Still waters run deep. Gabriel Fauré was a quiet man, and there’s no anger or fury in his haunting Requiem – just some of the loveliest choral music ever written. It’s a serene finish to a concert of thrilling extremes, whether it’s RWCMD Concerto Competition winner Yuki Minami raising the roof in Tchaikovsky’s hugely popular Concerto, or a stunning winter landscape, freshly painted by the award-winning young RWCMD composer Sarah Jenkins.

Please note the above performance is at St David’s Hall

25th October, 1.15 pm
‘She is indeed a musical sorceress’ exclaimed one critic, and the great Spanish classical guitarist Margarita Garcia Escarpa just seems to attractive superlatives. Today, she brings her uniquely expressive touch to classics of the Spanish repertoire, as well as Castelnuovo-Tedesco’s devilishly difficult homage to Paganini, and then travels to Brazil with the great French guitarist-composer Roland Dyens. Pure sunshine. 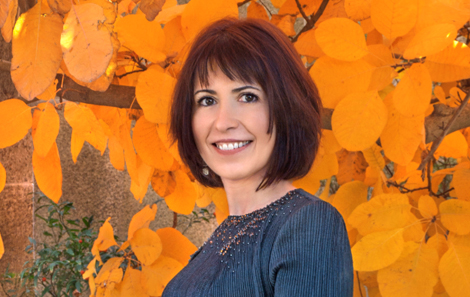 1st November, 7.30 pm. Family Concert, 1.15 pm
From experimental beginnings in the loft spaces and galleries of New York, Minimalism is now a mainstay of contemporary music, its influences spreading far beyond into the worlds of film, dance, and literature. London Sinfonietta is closely connected to the genre’s greatest exponents, Steve Reich and Philip Glass, and this evening of exploration will dig beneath the surface of these composers’ works to reveal more about this enthralling movement through film and live performance.

2nd November, 5.00 pm
As part of the College’s 70th anniversary season our Big Band and singers take you on a musical journey back to the year the College was founded. Celebrating the height of the jazz and swing era, this evening’s concert will have a very aristocratic flavour featuring the music of Duke Ellington, Count Basie and Britain’s own Miller-inspired, Ted Heath. Trombonist and band-leader Heath performed at the 1949 Royal Command Performance for King George IV and his British band-backed Ella Fitzgerald and Lena Horne and pioneered Sunday Night at The Palladium. 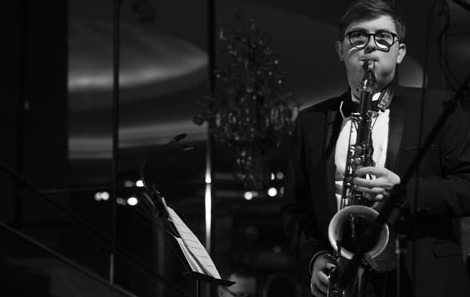 6th November, 1.15 pm
Imagine a clear, warm night in the Australian outback – lying back, and hazing into the stars. That’s the image that inspired Georges Lentz’s Birrung: eleven string players making sounds to summon dreams. And then launching themselves headfirst into Tchaikovsky’s ever-popular Serenade for Strings – a warm-hearted, all-singing, all-dancing homage to Mozart that you’ll be humming for days afterwards!

Ticketed events are Walking With Heroes on Friday 8th November at 19:30. which features guest soloist Mike Lovatt, conductors Bob Childs and Paul Fisher, and a feast of great music from Karl Jenkins to Louis Armstrong.

the weekend is Superbrass on Sunday 10th November at 14:00 – a rare chance to hear the supergroup of some of the finest brass and percussion players on the professional music scene in an uplifting programme of brass favourites. 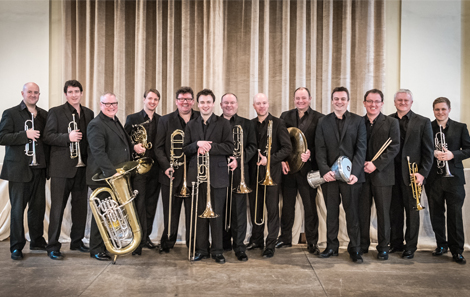 Monday 11th November, 7.30 pm
Little Big, the new band from American pianist/composer Aaron Parks, could in some ways be seen as a continuation of the trajectory set on his 2008 record Invisible Cinema, with a deeper commitment to melodic song writing, modern rhythms, and immersive storytelling. the band bring their experiences not only from jazz and improvised music but also electronica, R&B, indie pop, alt-country, and much more, this is genre-fluid music which creates a world of its own.

All events are in the Dora Stoutzker Hall, unless otherwise stated.

For more information see our What’s On Performance Guide.