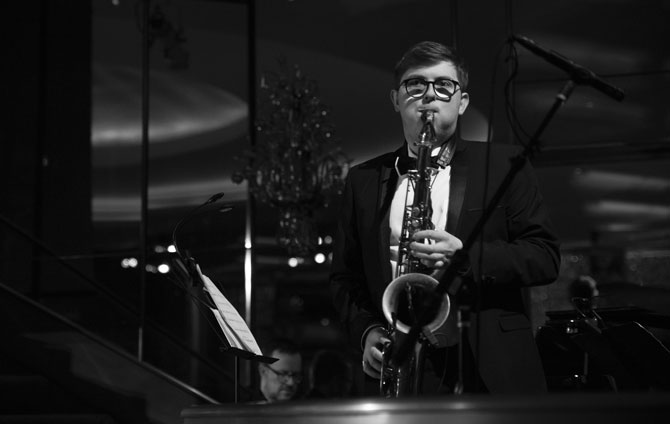 In Autumn 1949 Cardiff College of Music welcomed its first cohort of students to Cardiff Castle (the featured image shows music students at the Castle in 1951, just before a young music student called Anthony Hopkins joined the College in 1955),

70 years later we mark the anniversary of the College’s founding with a feast of achievements by our current students performing music from 1949, and some very special guests –

With a focus on the piano, we celebrate the 90th anniversary of the legendary Bill Evans with Norma Winstone and Nikki Iles, welcome New Yorker Aaron Parks back with his quartet Little Big and experience the stunning new music Kit Downes has created for his latest ECM album. 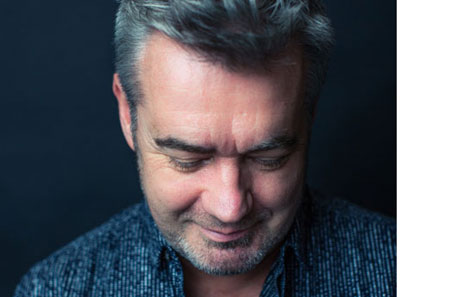 ‘Days On Earth’ is perhaps Lockheart’s most ambitious and personal work to date. Composed over the last three years and recorded recently at Mark Knofler’s famous studios the work features a jazz sextet and 30-piece orchestra. Tonight’s concert is a special reworking of the six-movement piece arranged for a star-studded ensemble. Many of Lockheart’s eclectic tastes and influences are here, from cutting edge improvising, rich orchestral textures with nods to Bacharach and Stravinsky and 70’s funk. The concert will also feature brand new music especially composed for the event.

“Lush and ambitious, its cinematically compelling from the off” Mojo ****

“Each of the 3,026 seconds of the seven-part suite is packed with sensations, thoughts, sounds.” Rondo Magazine

Bill Evans was one of the most iconic, ground breaking pianists of the last century. His intimate sound, combined with his advanced harmonic and rhythmic capabilities pushed the boundaries of jazz piano playing to new levels and still inspire musicians today. Tonight four top British musicians who have been profoundly influenced by his music celebrate Bill’s 90th anniversary and his Welsh ancestry in an intimate evening of personal memories and anecdotes exploring his music and life.

As part of the College’s 70th anniversary season our Big Band and singers take you on a musical journey back to the year the College was founded. Celebrating the height of the jazz and swing era, this evening’s concert will have a very aristocratic flavour featuring the music of Duke Ellington, Count Basie and Britain’s own Miller-inspired, Ted Heath. Trombonist and band-leader Heath performed at the 1949 Royal Command Performance for King George VI and his British band backed Ella Fitzgerald and Lena Horne and pioneered Sunday Night at The Palladium.

A special brass session of our weekly jazz club in the foyer.

Part of the Superbrass Weekend 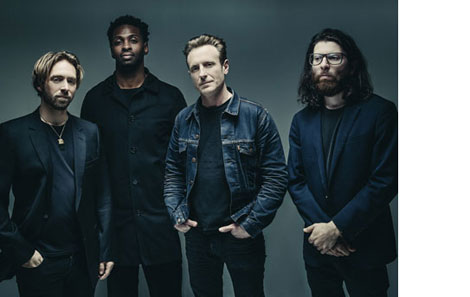 Little Big, the new band from American pianist/composer Aaron Parks, could in some ways be seen as a continuation of the trajectory set on his 2008 record “Invisible Cinema,” with a deeper commitment to melodic song writing, modern rhythms, and immersive storytelling. The band bring their experiences not only from jazz and improvised music but also electronica, R&B, indie pop, alt-country, and much more, this is genre-fluid music which creates a world of its own.

For his second recording as a leader for ECM records – ‘Dreamlife of Debris’ – pianist, organist and composer Kit Downes has brought together some of his closest musical collaborators, Tom Challenger (saxophone), Ingebjørg Loe Bjørnstad (voice) and Phelan Burgoyne (drums), in a collection of interlocking works written for improvisers. Long form songs and melodies collide with other-worldly extended techniques and deteriorated field recordings to create a set of pieces that explore our own emotional connection to objects, and how they then connect us all together.

For more details see the College’s What’s On Performance Guide.