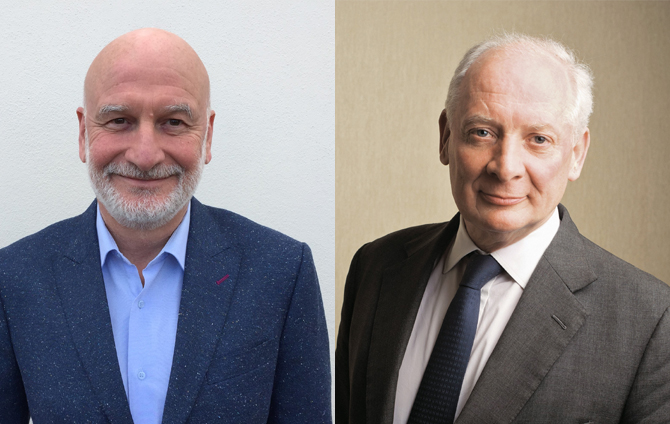 The Royal Welsh College of Music & Drama is delighted to announce the appointment of Mario Ferelli and Roger Munnings to its Board of Directors.

Mario has an extensive background in education analytics and funding, with 28 years of service at HEFCE (Higher Education Funding Council for England) and related bodies. He was instrumental in developing and leading a highly successful Analytical Services Division, which is highly respected within HEFCE, the Office for Students and the higher education academic and university administration community, and a major contributor to almost every national policy development in higher education since 1991.

Mario stepped down as Director of Analytical Services of HEFCE in 2018, and has worked as an independent consultant since retiring from the Office for Students in 2019. He is currently engaged as lead technical consultant to an international panel convened to review the recurrent research funding for the University Grants Committee of Hong Kong.

Roger is currently a member of the Boards of three of Russia’s largest companies, where he chairs, variously, the Audit and Finance and HR committees. He is also Chairman of the Board of Directors of the Russo-British Chamber of Commerce. His principal career was with the international “Big Four” accounting, consulting and auditing firm, KPMG, where he was Chairman and CEO of KPMG Russia from 1996 to 2008, Chairman of KPMG’s Global Energy and Natural Resources Practice from 1993 to 2008 and a member of KPMG’s International Council, the senior governance body of the international firm from 1998 to 2008.

Roger has also served as Deputy Chairman of the Executive Board of the Association of European Businesses in Russia, and a member of the UK Government’s working group on trade and investment between Russia and Great Britain. He has previously served as a specialist advisor to the Bolshoi Theatre in Moscow, and as a member of the Advisory Boards of the Russian National Orchestra and the Ekaterinburg Symphony.

Announcing the appointments, John Derrick, Chair of the Board of Directors at the Royal Welsh College of Music & Drama, said:

“We are delighted that both Mario and Roger have agreed to join the College Board. Their expertise and experiences in higher education policy, international relations and finance will be a real asset to the College as we strengthen our position as one of the leading Conservatoires in Europe. ”

Speaking of his appointment, Mario said:

“I am pleased to be appointed to the Board of the College. It is a world class institution, and a significant contributor to the cultural life of Wales. I very much look forward to working with colleagues on the Board and the Executives further to develop its role as the National Conservatoire of Wales.”

The Board provides leadership to the College in carrying out its role as the National Conservatoire of Wales.

The Royal Welsh College of Music & Drama (RWCMD), Wales’s national conservatoire, is one of the UK’s eight Royal Colleges of music and drama. It has a recognised reputation and track record in preparing talented young artists for professional work in Acting, Music, Musical Theatre, Opera, Theatre Design and Stage Management. Nearly 800 students, drawn from the UK and internationally, train at the College in Cardiff every year and many of them go on to work at the highest level in music, theatre, film and television worldwide.