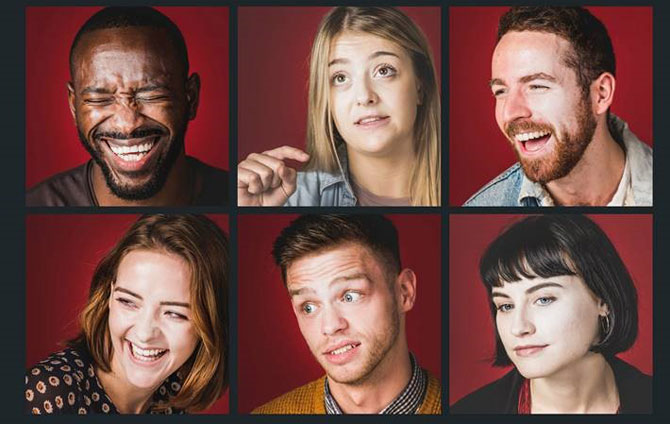 Now in its fifth year, the Royal Welsh College’s new writing season continues to produce challenging and provocative new writing, culminating in a week of premieres in Cardiff and London next Spring.

The College will once again work with long-term collaborators The Royal Court Theatre, Paines Plough and Sherman Theatre, creating four new plays by some of the most exciting new talents in the UK.

“NEW has become woven into the fabric of what we hope to be as a College: it confirms our desire and passion to be a creative force in the industry, facilitating the work of exciting playwrights and directors while giving our students opportunities to test themselves against challenging new work,” says head of actor training, Dave Bond.

David Mercatali will direct Katherine Chandler’s Buddy, his first play in his new role as Sherman Theatre’s Associate Director, and Albatross, Isley Lynn’s play, will be directed by Anna Himali Howard for Paines Plough. Director Rania Jumaily will work with Charley Miles on Spilt, and director Grace Gummer with Stuart Slade on Reality, both for Royal Court Theatre.

“Our actors, designers and stage managers learn to work collaboratively and at speed – producing 4 plays with large casts in two venues. Our commissions now number over 20, continuing a relationship with highly regarded theatre companies such as The Royal Court, Sherman Theatre and Paines Plough.

We are used to a whirlwind every Easter and hope very much that you might consider getting caught up in the madness of three different shows on every day, both in Cardiff and our spiritual home in London – the hugely supportive Gate Theatre.”

The hugely ambitious project, celebrating the tradition of commissioning new writing in the UK, establishes a crucial link between the drama school and the industry, easing the pathway for the students when they leave College. The festival allows them to focus on a completely new work and gives them the tools and the confidence to know that they can work with new material and form relationships directly with directors and writers.

Last year’s commission En Folkefiende by Brad Birch (Based on Ibsen’s An Enemy of the People) went to the Pleasance for the Edinburgh Fringe, and is being produced in the Guthrie Theater, USA this spring. Previous seasons have launched plays such as Alistair McDowall’s Pomona and Luke Norris’ Growth on to the national stage.

All 32 graduating actors take part in NEW, as well as students from the design and stage management courses, who are collaborating with some of the country’s most exciting directors.
RWCMD would like to thank the The Carne Trust, The Spielman Trust, The Fenton Arts Trust, and Peter and Janet Swinburn for their support of NEW: 2018.