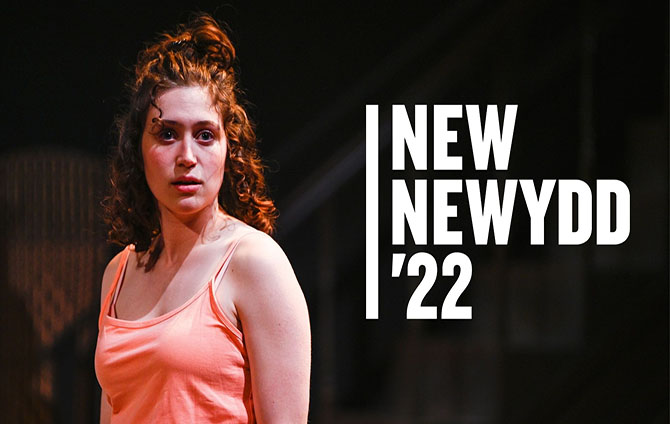 The Royal Welsh College of Music & Drama’s annual new writing festival will feature an original play from its Writer in Residence, award-winning playwright Roy Williams, premiering in Cardiff and then The Yard Theatre, London, this summer.

‘I’m thrilled that we’re working with writers of such high calibre, range and diversity in this season of NEW at RWCMD, writers who are incredibly important voices in UK theatre, that tap directly into the most prescient and significant concerns of our times,’ said Jonathan Munby, Director of Drama Performance.

‘Roy is one of the leading Black voices in the country and a world-leading playwright. We’re honoured to have him with us at the Royal Welsh College. Not only is he creating a piece of work directly with and for the students, but he’s also helping feed the cultural DNA of the College and facilitating the conversation we’re currently having about plays, writers and the repertoire we are teaching and programming.’

Since NEW launched in 2013 it’s produced 34 new, challenging, provocative and ambitious productions, with this season’s plays exploring questions about identity politics, processing loss and the state of humanity.

This hugely ambitious project involves all 31 graduating actors, as well as the students from the design and stage management courses, who make up the College’s Richard Burton Company, collaborating with some of the country’s most exciting writers and directors.

New writing has always been a vital part of the College’s drama training ethos, and alongside the College’s many other premieres and adaptations, it aims to diversify the canon, redressing historical imbalances in the voices that are heard on stage, while empowering the next generation of actors, ensuring that the people making it are representative of Wales, the UK and the world we live in today.

This year the festival will take place over two weeks in Cardiff, at RWCMD and Sherman Theatre, before transferring to London’s Yard Theatre for a further two weeks from 8-17 June.

‘Over the years we have been proud to stage plays at the festival by brilliant Welsh and Wales-based writers including Jennifer Lunn, Tracy Harris, Katherine Chandler and Daf James. This year, our involvement in the festival feels doubly special as we will host performances of two of the plays including our production of Jungle Green by Jacob Hodgkinson, a former participant of our New Welsh Playwrights Programme, which is the first Sherman commission for NEW. We can’t wait to welcome audiences to the Sherman to experience Jacob’s new play alongside REALLY BAD by Louise Orwin.’

‘We’re really excited to be supporting RWCMD during what has been a really tough couple of years for students, drama schools and young people in training,’ said Jay Miller, Artistic Director at The Yard Theatre. ‘The whole team here at The Yard can’t wait to work with The Richard Burton Company and we look forward to welcoming everyone to our home in Hackney Wick this June.’

NEW ‘22 is a unique fully paid partnership that gives the writers and directors proper development time, a design budget, space, and in-house expertise and support, as well as the opportunity to work with the next generation of actors.

Tickets on sale from Monday 4 April.

RWCMD in collaboration with and commissioned by Sherman Theatre

A new commission from RWCMD

A new commission from RWCMD

RWCMD in collaboration with Paines Plough

The Richard Burton Company is the Royal Welsh College of Music & Drama’s in-house theatre company, made up of undergraduate and postgraduate actors, stage managers, theatre designers and musical theatre performers. As one of Wales’ most prolific repertory companies, the Richard Burton Company stages around 22 productions each year ranging from classic plays to contemporary drama, new writing and musical theatre.