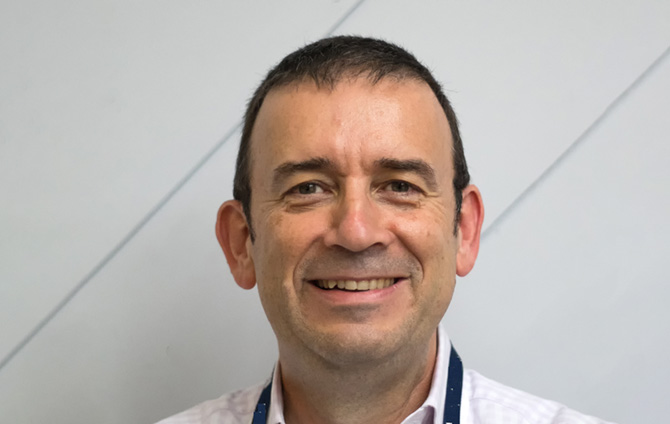 The Royal Welsh College of Music & Drama is delighted to announce that Mark Davies, current Head of Finance for BBC Nations & Regions, has been appointed as the College’s new Director of Finance & Operations. He will have over-arching responsibility for financial, physical and human resource across the College, and will take up the post from outgoing Vice-Principal, Scott Allin, in February 2020.

In his role at the BBC, he holds finance responsibility for the Nations & Regions (Wales, Scotland, Northern Ireland and England), covering the local television and radio operations and more than 4,500 employees. Mark also oversees the finances of BBC Wales’ Operations department and commercial activity. Mark has also worked with the project teams on 2 major capital redevelopment projects at the BBC – including the current relocation of BBC Wales from Llandaff to its new Cardiff city centre location in Central Square.

“We are delighted to welcome Mark Davies to the College Senior Management Team. His depth of experience and leadership skills will be a great asset as we embark on the next phase of the College’s history and set out to realise our ambitious new strategy. We are delighted to have someone of Mark’s calibre join us at this pivotal moment of growth, and look forward to him joining us in the New Year.”

“I am thrilled to be joining the Royal Welsh College at such an exciting period. The College is a world class institution with strong links to the creative industries, and I’m delighted to join at a crucial period as it works to strengthen its position as a major cultural force in the world through the new strategy. I look forward to working with my new colleagues to deliver a future-focused, sustainable and flourishing institution.”

For the past 10 years, Mark has also taught a Business Management module on the College’s MA Arts Management course as a visiting lecturer. Mark also serves as an independent member on the Arts Council of Wales’ Capital Committee.

Mark was brought up in the Gwendraeth valley in Carmarthenshire, and studied Economics and Accounting at Cardiff University.

The Royal Welsh College of Music & Drama (RWCMD), Wales’s national conservatoire, is one of the UK’s eight Royal Colleges of music and drama. It has a recognised reputation and track record in preparing talented young artists for professional work in Acting, Music, Musical Theatre, Opera, Theatre Design and Stage Management. Nearly 800 students, drawn from the UK and internationally, train at the College in Cardiff every year and many of them go on to work at the highest level in music, theatre, film and television worldwide.