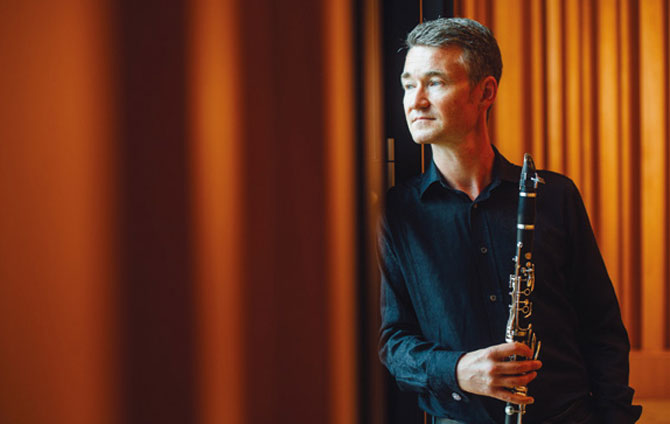 The Royal Welsh College of Music & Drama is delighted to announce that Robert Plane, Principal Clarinet of the BBC National Orchestra of Wales, as its new Head of Woodwind Performance.

Robert, who has been a clarinet tutor at the College for the last twenty years, will start his new position in September.

“Collaboration and innovation must be at the heart of everything we do,” he said. “Covid-19 has highlighted just how creative, resourceful and adaptable the musicians of the future will need to be. Employability is everything, and I hope to instill a caring, supportive and demanding work ethic in the department.

Every young musician that passes through the department should have the confidence to explore musical paths that may not have occurred to them before beginning their studies with us.

We will strive for the very highest standards and to fulfil each student’s potential across the whole spectrum of what it means to be a musician. There will be no limits to my ambitions for the department and all those in it.” 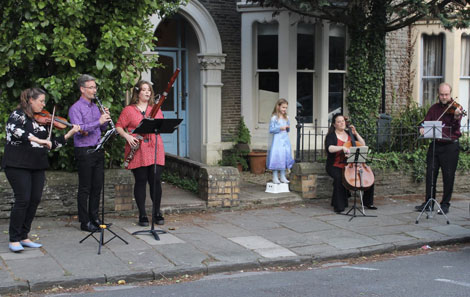 RWCMD Director of Music Tim Rhys-Evans said, “As a new member of the RWCMD team myself, I’m really excited about working with Rob on a vision for the College that puts music at the heart of our exciting new five-year strategy. Despite the restrictions of lockdown, I’ve been amazed and energised by the sense of community that our College generates and I know that Rob is going to play a key role in that community. We are thrilled that he can bring his wealth of talent to the role, and I know that his creativity and dynamism will ensure our woodwind department is outward-looking, future-focussed and appealing to students, other teachers, and the industry, both from the UK and across the world.”

The College has also announced that Kate Stokes Davies, current Director of Communications and Stakeholder Relations at Qualifications Wales, as the College’s new Director of External Affairs.

Find out more about studying Woodwind at the College here.

Robert Plane holds the principal clarinet position of the BBC National Orchestra of Wales, and formerly of the City of Birmingham Symphony Orchestra and Royal Northern Sinfonia. Alongside this new role, he leads a distinguished international career as a solo, chamber, recording artist and festival director.
He has performed concertos in major concert halls across Europe, from London’s Barbican and a Proms debut at the Royal Albert Hall to the Tonhalle Zurich, Auditorio Nacional de Música Madrid and the Konzerthaus Dortmund. Exploring the clarinet quintet repertoire with a number of the finest string quartets, he opened BBC Radio 3’s Brahms Experience with a live broadcast from St. George’s Bristol of the Brahms Quintet with the Skampa Quartet. His recording of Messiaen’s Quartet for the End of Time with the Gould Piano Trio was hailed by BBC Music Magazine as the ‘finest modern recording’ of this epic masterpiece.
Rob has tirelessly pursued a particular passion for British clarinet music in concert and on disc, his Gramophone Award-winning account of Finzi’s Concerto and Gramophone Award-shortlisted Bax Sonatas being just two of a large collection of recordings of works by the great English Romantics. His latest album on the Champs Hill Records Label, Reawakened, brings clarinet concertos by Iain Hamilton, Ruth Gipps and Richard Walthew back to life with the BBC Scottish Symphony Orchestra and Martyn Brabbins.
He is a regular guest principal of the major London orchestras and was solo clarinettist for the Disney film Maleficent.