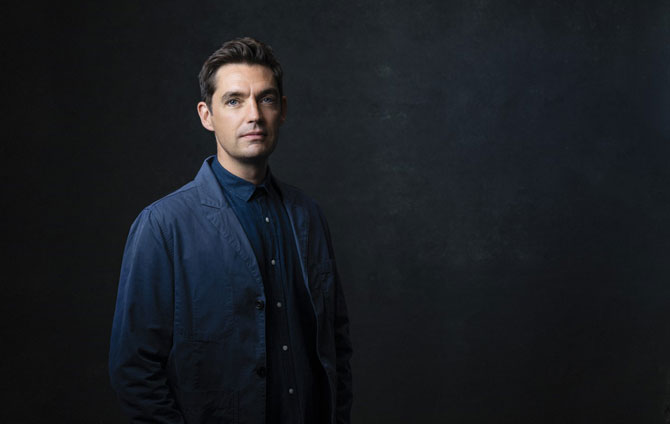 ‘It’s Time for a Radical and Progressive Look at Actor Training in the 21st Century’:

The Royal Welsh College of Music & Drama is delighted to announce Jonathan Munby as its new Director of Performance (Drama).

Commenting on his appointment, Jonathan said:

“I am thrilled to be taking on this role at Royal Welsh College, an institution that I have always admired and one that is internationally renowned for the quality of artists it produces.

The world is changing and so is the industry. I feel it’s time for a radical and progressive look at how a classical training responds to the 21st Century. We need to be brave in our choices and to ask some fundamental questions: what does a modern classical actor look like? Which texts should they be prepared for? And what new demands does this ever-evolving profession now make of them?

I will strive to throw the door wide open and to welcome talent from as diverse backgrounds as possible. To give each student a world-class training that is rigorous, relevant and responsible. To explore new work, breathe fresh life into the classics, and to give screen acting the attention that it deserves. I want to build on Dave Bond’s excellent legacy and ensure that our College holds a mirror up to nature and embraces the complexity of our society.

I’m privileged to join this outstanding College at such an exciting time in its development and at such a challenging and crucial moment in history.”

Jonathan is an internationally respected theatre director, known for the quality and diversity of his casts and creative teams as well as for being a collaborative and inclusive artist, with an outstanding profile in the UK and overseas having worked in the US, Japan, China and South Africa.

He has particularly been recognised for his work on Shakespeare and a range of classic texts, with notable successes including: Twelfth Night at Sheffield Crucible, awarded the UK Theatre Award for Best Touring Production 2014, Life is a Dream with Dominic West at the Donmar Warehouse, The Merchant of Venice with Jonathan Pryce at Shakespeare’s Globe & world tour, and most recently King Lear with Sir Ian McKellen at the Chichester Festival Theatre/Duke of York’s West End, which was nominated Best Revival at the 2019 Olivier Awards.

Alongside a wealth of experience with classic texts, Jonathan has accumulated a diverse portfolio of work, from A Human Being Died That Night with Noma Dumezweni at Hampstead Theatre, to the first major revival of the classic South African Musical King Kong: Legend of a Boxer in Cape Town, and Bryony Lavery’s extraordinary play Frozen in the West End with Suranne Jones, Jason Watkins and Nina Sosanya. He has also developed new plays with writers such as Ella Hickson, Helen Edmundson, Nick Drake and Dennis Kelly.

In addition to his industry profile, Jonathan also has significant experience teaching and directing in drama schools, and has worked with actors at all stages of training.

Jonathan’s appointment has also led to an exciting development for RWCMD, the announcement of Chinonyerem Odimba, the award-winning Bristol based playwright, screenwriter and poet, as the College’s first Writer-in-Residence for the coming academic year (2020/21). This role will include a commission as part of the College’s annual NEW season, and Chino will also provide support for the solo written projects and engage students in development readings of some of her current work in progress.

“I am absolutely delighted that Jonathan has joined us. He comes to the College with a profound understanding of the contemporary craft of acting and expectations of the industry. Having also worked extensively with musical theatre and directing opera, he is also exceptionally well-placed to engage and collaborate with our music department.

I look forward to seeing Jonathan taking the students’ work beyond the College, to engage with communities nationally and across the world, and by return, to invite the best in world drama to our stages.”

Jonathan’s appointment comes at an important time for the College, as it focuses on its new strategic vision, building on the legacy of a department that has developed into one of the UK’s leading providers of Drama training: with sustained success, being named by the Guardian University Guide league tables as the top Drama training programme in the UK four times since 2013, and with students winning numerous awards in national competitions such as the BBC Carleton Hobbs and Olivier scholarships.

“The appointment of Jonathan Munby is exciting, not just for his students at the Royal Welsh College but for their future theatre audiences.
As well as now inspiring tyro actors to adopt his approach to performance, I hope he will be able to continue directing elsewhere. Theatre entertains on many levels, emotional and intellectual, witness Munby’s acclaimed productions.

As we re-imagine what is possible in UK theatres after the pandemic, the uniquely stimulating joy of live performance seems more important than ever.
In that context, The Royal Welsh College is wise to appoint an established practitioner at the heart of its education of young people. This is good, positive news in the midst of world-wide negativity.”

“On a professional level, I’m hugely excited that Jonathan is joining RWCMD, both for the ever-evolving partnership between the College and Theatr Clwyd, and for the work that’s happening across Wales right now to try and ensure that we as a sector are more connected, more understanding of each other’s needs, and collaborating more than ever before to build a truly inclusive, inspirational future.

Jonathan was two years above me at university and, when I graduated, gave me guidance and support, helping me to believe I could make a life in the theatre. So on a personal level, it makes me very happy to know that new generations will be similarly supported – to know that this brilliant artist – this warm and generous human – will be helping to shape the theatre makers of the future.”

The Royal Welsh College of Music & Drama (RWCMD), Wales’s national conservatoire, is one of the UK’s eight Royal Colleges of music and drama. It has a recognised reputation and track record in preparing talented young artists for professional work in Acting, Music, Musical Theatre, Opera, Theatre Design and Stage Management. Nearly 800 students, drawn from the UK and internationally, train at the College in Cardiff every year with many going on to work at the highest level in music, theatre, film and television worldwide.

The College has been named by the Guardian University Guide as the top Drama training programme in the UK four times since 2013. It’s also a regular winner at the BBC’s Carleton Hobbs Bursary Awards, adding to its impressive tally with winners Cecilia Appiah and Luke Nunn this year.

Chinonyerem Odimba is a Bristol-based playwright, screenwriter and poet whose work has been produced across the UK. More recent projects include Princess and The Hustler (Bristol Old Vic), Seven Ages of Patience (Kiln Theatre), Unknown Rivers (Hampstead Theatre), and The Prince and the Pauper (Watermill Theatre). Chino has also written for radio and television with A Nightgale’s Call for BBC Radio 4 and Adulting for Channel 4. She has been shortlisted for several awards including the Bruntwood Playwriting Award, and in 2018, won the Channel 4 Playwriting Award. She is currently on attachment at the National Theatre