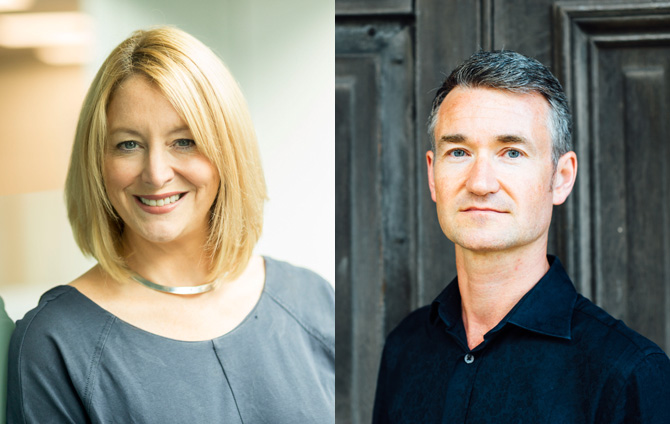 The Royal Welsh College of Music & Drama is delighted to announce Kate Stokes Davies, current Director of Communications and Stakeholder Relations at Qualifications Wales, as the College’s new Director of External Affairs, and Robert Plane, Principal Clarinet of the BBC National Orchestra of Wales as the new Head of Woodwind Performance.

The appointments come as the College commits to its new strategy, strengthening its pioneering, immersive professional education with a vision to inspire and change lives, connect and transform communities through the arts.

Kate Stokes Davies will have over-arching responsibility for Marketing, Public Relations, Student Recruitment, Communications, Creative Programming, Partnerships and Outreach and will lead the development of these areas in the context of the new vision and five-year strategy for the College. She will take up the post in early September. 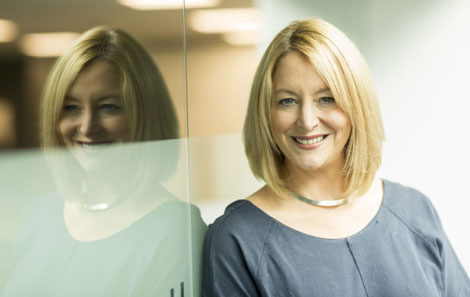 Announcing the appointment, Professor Helena Gaunt, Principal at the Royal Welsh College of Music & Drama, said:
“I am delighted to welcome Kate Stokes Davies to the College Senior Management Team at this pivotal moment. Her depth of experience will be a real asset as we build on the success of recent years, and further strengthen the College’s position as a centre of innovation for the arts to develop a globally-recognised brand.”

Kate Stokes Davies said:
“The creativity, energy and ambition of Wales’ world-class conservatoire make the challenge ahead really exciting. The College has a clear and compelling vision and strategy and there’s real potential for External Affairs to make a difference. I’m very much looking forward to collaborating with a team of talented colleagues to achieve great things.”

Robert, who has been a clarinet tutor at the College for the last 20 years, will join the College in his new position in September. 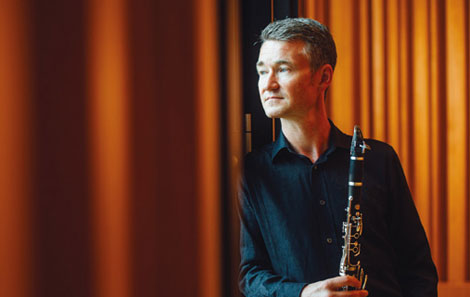 “Collaboration and innovation must be at the heart of everything we do,” he said. “Covid-19 has highlighted just how creative, resourceful and adaptable the musicians of the future will need to be. Employability is everything, and I hope to instil a caring, supportive and demanding work ethic in the department. We’ll strive for the very highest standards and to fulfil each student’s potential across the whole spectrum of what it means to be a musician.”

RWCMD Director of Music Tim Rhys-Evans said: “I’m really excited about working with Rob on a vision for the College that puts music at the heart of our exciting new five-year strategy. Despite the restrictions of lockdown, I’ve been amazed and energised by the sense of community that our College generates and I know that Rob is going to play a key role in that community. I know that his creativity and dynamism will ensure our woodwind department is outward-looking, future-focussed and appealing to students, other teachers, and the industry, both from the UK and across the world.”

Kate Stokes Davies
A highly experienced communicator, Kate’s career has included 17 years in the media industry at BBC Cymru Wales, including six as Head of Communications and External Affairs, where she was responsible for the strategic direction and delivery of external PR campaigns and corporate communications, including public affairs, external partnerships and diversity. She was also Head of Communications, Policy and Strategy at Sport Wales as it shaped a new vision and supported the successful Gold Coast Commonwealth Games campaign.
In her role at Qualifications Wales, she has provided expert leadership and advice on all communications, public relations and stakeholder engagement, and developed the image, public profile and reputation of the regulator, an independent body which oversees the qualifications system and works closely with Welsh Government and the Education Minister to give expert advice.
She studied at the Lee Strasberg Theatre Institute in New York before her communications career, which began as PR Project Manager on the 1997 cross-party Yes for Wales devolution campaign.

Robert Plane
Robert Plane holds the principal clarinet position of the BBC National Orchestra of Wales, and formerly of the City of Birmingham Symphony Orchestra and Royal Northern Sinfonia. Alongside this new role he leads a distinguished international career as a solo, chamber, recording artist and festival director.
He has performed concertos in major concert halls across Europe, from London’s Barbican and a Proms debut at the Royal Albert Hall to the Tonhalle Zurich, Auditorio Nacional de Música Madrid and the Konzerthaus Dortmund. Exploring the clarinet quintet repertoire with a number of the finest string quartets, he opened BBC Radio 3’s Brahms Experience with a live broadcast from St. George’s Bristol of the Brahms Quintet with the Skampa Quartet. His recording of Messiaen’s Quartet for the End of Time with the Gould Piano Trio was hailed by BBC Music Magazine as the ‘finest modern recording’ of this epic masterpiece.
Rob has tirelessly pursued a particular passion for British clarinet music in concert and on disc, his Gramophone Award-winning account of Finzi’s Concerto and Gramophone Award-shortlisted Bax Sonatas being just two of a large collection of recordings of works by the great English Romantics. His latest album on the Champs Hill Records Label, Reawakened, brings clarinet concertos by Iain Hamilton, Ruth Gipps and Richard Walthew back to life with the BBC Scottish Symphony Orchestra and Martyn Brabbins.
He is a regular guest principal of the major London orchestras and was solo clarinettist for the Disney film Maleficent.

Royal Welsh College of Music & Drama
The Royal Welsh College of Music & Drama (RWCMD), Wales’s national conservatoire, competes alongside an international peer group of conservatoire and specialist arts colleges, for the best students, with nearly 800 students drawn from across the world. With a recognised reputation in preparing talented young artists for professional work in Acting, Music, Musical Theatre, Opera, Theatre Design and Stage Management, its graduates enter and influence the world of music, theatre and related professions.