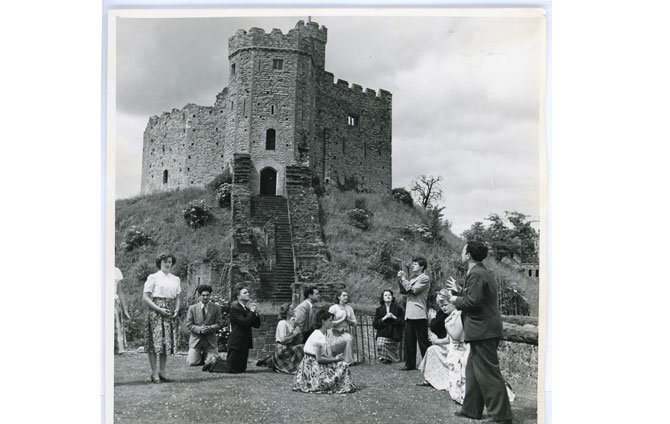 In Autumn 1949 Cardiff College of Music and Drama welcomed its first cohort of students to Cardiff Castle (the featured image shows drama students at the Castle in 1951, just before a young student called Anthony Hopkins joined the College in 1955),

70 years later we mark the anniversary of the College’s founding with a feast of achievements by our current students with our Richard Burton Company as well as dance, family entertainment and some very special guests including RWCMD graduates, RWCMD Fellow Russell T Davies, Lesley Sharp, the Cardiff Dance Festival and Murray Lachlan Young… 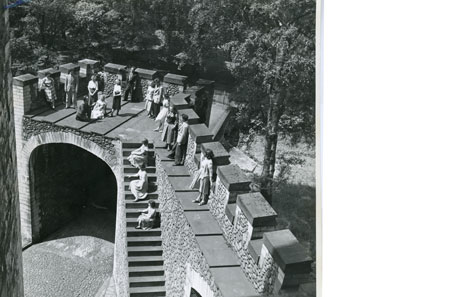 Drama students studying at the Castle, 1951

An important play highlighting the inequality of women employed as shorthand typists in a busy solicitor’s office in 1930s London, preyed on by their male colleagues with marriage their only option of escape.

Tony Award-nominated romance about an aspiring nightclub singer and her obsessive young cowboy boyfriend who get stranded in a Kansas diner during a snowstorm. Written by one of the greatest American playwrights of the 20th century and famously adapted for screen in 1956 in the film starring Marilyn Monroe. 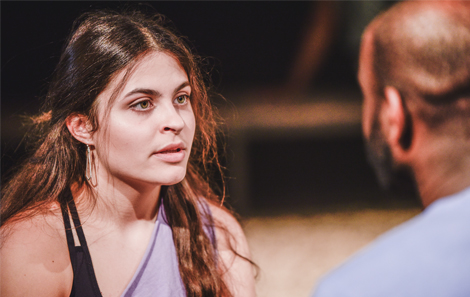 Often hilarious, often tragic, Stupid F***ing Bird is a raw meditation on art, reality, love and life. It asks questions about what it ALL means and plays beautifully with the disappointment of existence. Posner’s Olay was awarded the 2014 Charles MacArthur Award for Outstanding New Writing and the 2015 Los Angeles Drama Critics Circle Award for Writing.

by Tom Stoppard
Directed by Hannah Noone

‘It’s the best possible time to be alive, when almost everything you thought you knew is wrong.’ The past and present blur in Tom Stoppard’s modern masterpiece about truth and time. What really happened to Thomasina Coverly 180 years ago at Sidley Park? Two modern scholars set about the Derbyshire country estate and uncover the mysterious events of the past. 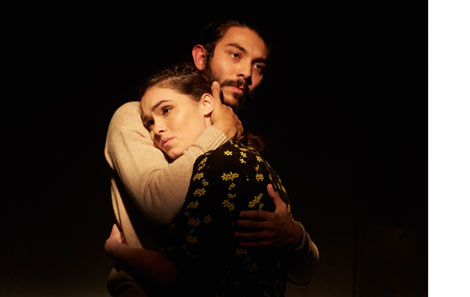 After hours, in the basement of a London restaurant, there’s a poker game. It’s supposed to be a laugh, but stakes are high and winning has a price. Patrick Marber’s brilliantly funny play explores the shortcomings of men well acquainted with losing.
Winner of the Evening Standard Award for Best Comedy and the Writers’ Guild Award for Best West End Play.

by Clare Barron
Director Elle While

Somewhere in America, a revolution is coming. An army of competitive dancers is ready to take over the world, one routine at a time. 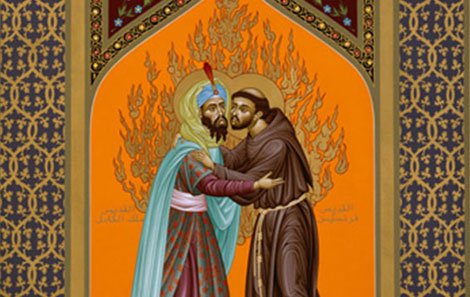 Theatr Cadair present the world premiere of a new play by D.J.Britton

Kamil and Francis marks the 800th anniversary of the extraordinary meeting between Saint Francis of Assisi and Sultan al-Kamil of Egypt in 1219. D.J. Britton’s play examines how talking, listening, and personal friendship can overcome prejudice. Like his much-acclaimed The Wizard the Goat and the Man Who Won the War, this new work abounds in humour and surprises. 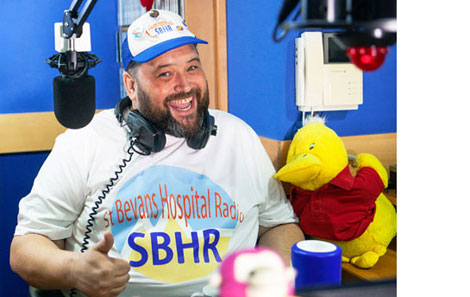 Featuring a plethora of RWCMD Graduates, Katherine Chandler’s touchingly funny monologue explores an unexpected friendship between hapless hospital radio DJ Danny Walkman and tough talking patient Peggy.
After his radio show at St Bevan’s Hospital, Danny has a chance encounter in the Garden of Hope with Peggy. They’ve nothing in common, but in Danny’s world everyone likes music, don’t they?

Everyone’s got a song, and if there’s one thing Danny Walkman is good at, it’s getting people to tell him what their song is. Peggy doesn’t give much away, so it’s a race against time for Danny to find, and play, Peggy’s song. 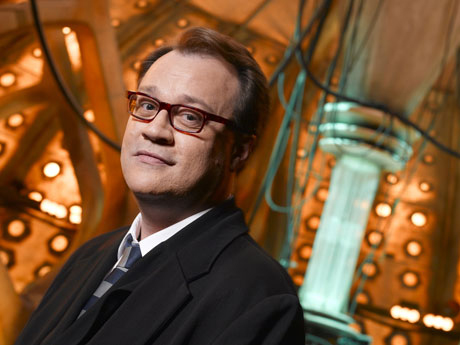 The Royal Television Society commemorates sixty years in Wales with an evening dedicated to Swansea-born screen writer and executive producer, Russell T Davies. Russell has penned ground-breaking shows such as Queer As Folk and The Second Coming, while his recent adaptation of A Very English Scandal for BBC has won numerous awards. This year, his latest drama, Years and Years, broadcast to outstanding critical acclaim. We will be talking with Russell about his entire career including, of course, Doctor Who and its family of shows.

I, Clara: Clara Schumann- A Life in Music 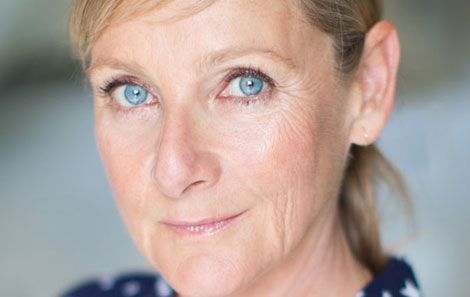 Created by Lucy Parham to celebrate 200 years since Clara Schumann’s birth in 1819, I, Clara tells the story of the extraordinary life of an exceptional woman in her own words. Drawn from letters and diaries, actress Lesley Sharp’s narration is interspersed with live performances of works by Clara and Robert Schumann, Brahms, Mendelssohn and Chopin by renowned pianist Lucy Parham.

Three men; one painting; much disaster!

Serge has bought a large, completely white painting for an extortionate sum of money. Marc hates the painting and cannot believe that a friend of his could possibly want such a modern piece. Yvan attempts, unsuccessfully, to placate both sides with hilarious consequences.

Classy, funny, entertaining and heart-warming, ART is a phenomenon. One of the most successful comedies ever. 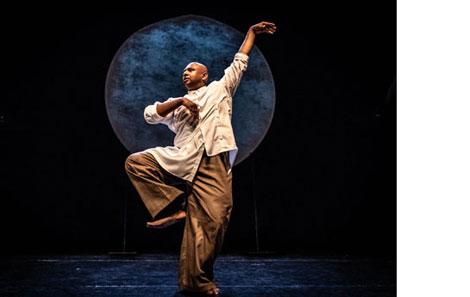 Shane Shambhu is an Associate of the Complicite company and a compelling performer, who reveals his life story growing up in East Ham with a dream to be a professional Indian dancer in Britain. Shane’s contemporary storytelling comes alive with video projection, comedy stand-up routines peppered with characters from Shane’s life, that will have audiences laughing out loud.

Part of Cardiff Dance Festival, in association with the Royal Welsh College 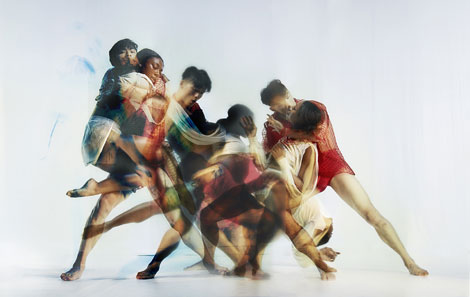 Fierce new moves from fierce new dancers – the world’s most exhilarating early career dancers bring their latest creations to Cardiff. Formed each year from a global search for new talent, Rambert2’s dancers combine technical virtuosity with raw energy. They work with some of the most exciting international choreographers around to create dance pieces that embody their fearless spirit.

The Mystery Of The Raddlesham Mumps

After a series of untimely deaths, 7-year-old Crispin inherits a huge, empty house called Raddlesham Mumps. The butler tells him about the bizarre and hilarious deaths of his deeply eccentric ancestors and the story takes flight on darkly comic wings.

This brand-new show for children began its life as a 6000-word epic family poem and mixes dark storytelling and poetry with a brilliant score, which will make you and your family shudder and laugh out loud! 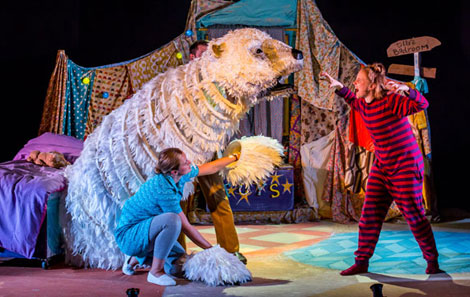 One night when she’s fast asleep, Tilly is visited by an enormous bear. It has a big black tongue and a yawn as big as your head. But Tilly’s not scared. Join Tilly and her great big white friend on a wild and magical adventure. With dazzling puppetry, delicious music and dozens of laughs, The Bear is an unforgettable experience for the whole family.

“Move over War Horse this polar puppet is magic.” The Guardian

For more details see the College’s What’s On Performance Guide.