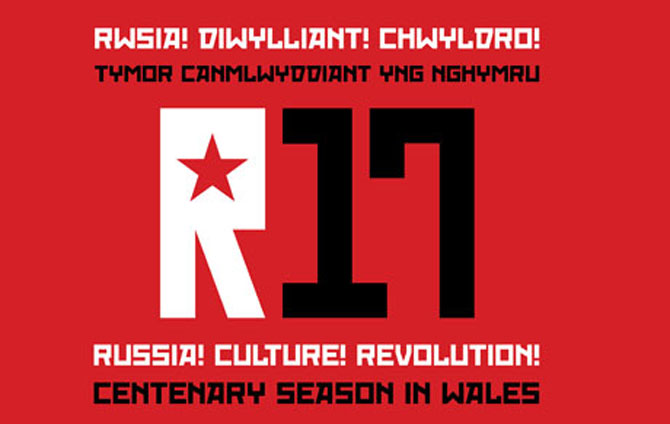 Highlights for this season include the extensive Russia ’17 Season in Wales marking the centenary of the Russian Revolution. Throughout 2017 the Royal Welsh College will present Russian music and drama productions by the College student companies and visiting artists.

Beyond Russia, the College presents an array of classical music talent in the International Artists and Lunchtime Concerts series.

Following Acis & Galatea in 2014, the RWCMD co-production with Mid Wales Opera of Handel’s Semele promises to be a season highlight:

There’s just something wonderfully fresh and colourful about the sound of a really fine wind quintet and former BBC New Generation Artists, the Galliard Ensemble, are among the finest. 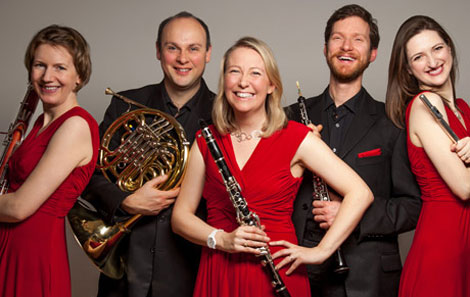 Leader David Adams directs the musicians and audience through a programme that includes one of the most loved concertos of all by Mozart, for Flute and Harp. Wrapped around this cooler offering they bring winter warmth from some of the greatest waltzes ever known, alongside the sheer white heat of the overture and polkas.

Miah Persson has sung on every major operatic stage in the world – but when she gives a solo recital, each item becomes a miniature music-drama in its own right. Together with the great Malcolm Martineau, this magical recital embraces the delicacy of Haydn’s parlour songs, the romantic heart of Robert Schumann and the crystalline beauty of Persson’s beloved Scandinavia 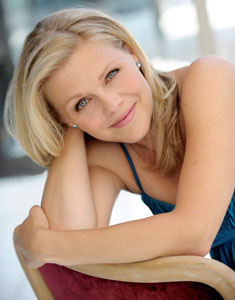 Led by violinist Alina Ibragimova, the Chiaroscuro Quartet has been described as a ‘trailblazer’ – four virtuoso players, united by friendship and using historic techniques to make 18th and 19th century music spring vividly to life.

Schubert’s mighty Death and the Maiden quartet, here performed on period instruments, is a fascinating contrast to the larger-scale orchestral version, arranged by Mahler, which will be performed by the Royal Welsh College String Soloists in January. A uniquely thrilling experience, this iconic work is put beautifully into stylistic context through juxtaposition with works by Bach and the younger Schubert. 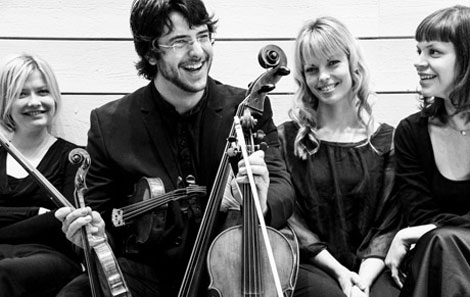 Llŷr Williams continues the final year of his three year cycle of Beethoven’s thirty-two piano sonatas at the Royal Welsh College of Music & Drama. During his first two sold-out seasons, his recitals quickly emerged as one of the key events in Cardiff’s cultural calendar.

Dvorak’s F minor Piano Trio is chamber music at its most powerful: a mighty outpouring of tragic emotion on the grandest scale, filled with impassioned melody and dark secrets. If you thought chamber music was supposed to be fragile and slight, you’ll be surprised and gripped by this lunchtime concert from one of our most dynamic young chamber ensembles – the international award-winning Trio Isimsiz. 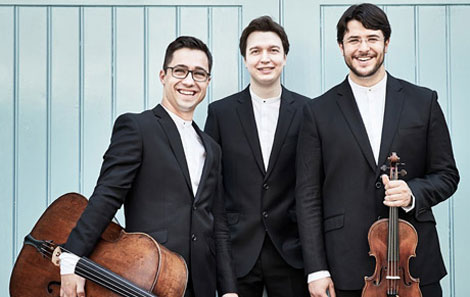 HANDEL: SEMELE, 8 – 11 Feb, Richard Burton Theatre
First performed during Lent 1744 at Covent Garden, Handel’s Semele originally appeared as an oratorio rather than an opera – and instantly caused a sensation. Bringing to life the tragic tale of Semele’s ill-fated love for Jupiter, the King of the Gods, it is a spectacular departure from Handel’s previous work. One of the jewels of baroque music, it contains the stunning tenor aria Where e’er you walk and Semele’s joyous Endless Pleasure Endless Love.

And on tour in Wales – see www.midwalesopera.co.uk

Launching the Russia ’17 Season in Wales:  A century after that world ended forever, Royal Welsh College artists in residence The Gould Piano Trio are joined by the Endellion Quartet to explore the extraordinary musical flowering of pre-revolutionary Russia. There will be chamber music by Borodin, Tchaikovsky and Rachmaninov, bejewelled rarities by Arensky, Glinka and Glazunov, and some magical rediscoveries.
This is the music of St Petersburg drawing rooms and long summers on country estates; of folk songs, fairy tales and glittering Imperial splendour. Join us for a journey into a lost world.

There isn’t a trumpeter alive quite like Tine Thing Helseth: ‘Helseth’s trumpet twinkled, beamed, sang, joked, yearned, and strutted about in the self-assured
way only the trumpet can’ wrote one critic. Savour some truly world-class artistry this lunchtime, in a recital that swings from Helseth’s native Norway to the fabulously decadent underworld of Piazzolla, Shostakovich and Kurt Weill.

‘I try to mix past with present’, says Yugoslav-born pianist Tamara Stefanovich, dubbed the ‘dexterous wizard’ of the keyboard. Her recitals are built on extremes: the purity of Bach next to the flamboyance of Liszt; the deep-ingrained emotional depth of Rachmaninov next to the mercurial fantasy of Ligeti. Her fierce engagement with the music makes performances eagerly anticipated events amongst her followers. Her Cardiff recital combines the transcendent virtuosity of Rachmaninov with Ligeti’s Études – perhaps the most important piano music of the last thirty years. 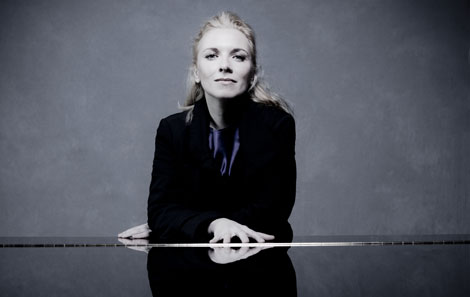 The piccolo may be small, but in the hands of a player like the Belgian virtuoso Peter Verhoyen, it’s got a huge personality. ‘Verhoyen does an excellent job of taming the tiny beast that is the piccolo,’ commented one critic, and a fantastic musical menagerie forms the heart of this lunchtime recital – alongside classic showpieces by Poulenc and Ravel

Arno Bornkamp is a legend amongst modern saxophonists, and his latest project explores the jazzy underworld of classical saxophone music. Composers like Rosenthal, Schulhoff and Hindemith discovered the saxophone in the dive bars and cabarets of 1920s Europe – and set it free to go to some truly unexpected places.

Accompanied by Royal Welsh College Strings. Rachel Podger has been called ‘the queen of the baroque violin’, with Gramophone magazine describing her as ‘a glorious example of someone who lives her life through her violin’.

Orchestradventure! has been specially devised to capture the imagination of children and teachers through the power of a live symphony orchestra. Combining music, singing and dancing, the Royal Welsh College Symphony Orchestra and presenter Tom Redmond vividly bring to life some of the greatest stories ever told, and along the way introduce the instruments and inner workings of an orchestra in ways you’ve never ever dreamed of!

The College pays tribute to our friend and treasured colleague Peter Reynolds, whom we lost unexpectedly in October. Peter was a composer and music teacher of international repute. An outstanding talent, his intimate and self-effacing character is reflected in this programme of his masterful compositions. This concert will be on 31 March at 1.15.

All performances are in the Royal Welsh College’s Dora Stoutzker Hall unless otherwise stated.

For more details see our What’s On Guide.