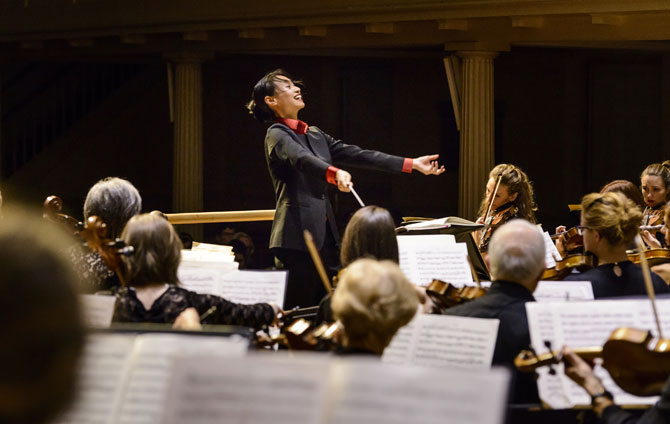 Another month and another award for conductor and graduate Tianyi Lu, who has just won First Prize at the prestigious 9th Sir Georg Solti International Conductors’ Competition.

Tianyi studied on the RWCMD orchestral conducting programme and graduated with a distinction in 2015.

She sent this message to the College after winning the award:

‘No man, or woman(!) is an island – we are a sum of all the guidance, support and encouragement of countless souls who have uplifted, inspired and touched our lives.’

‘I am deeply grateful to the staff and students at RWCMD who have been a vital force in my development over the years, especially to my teacher, David Jones.

This has been such a challenging year for so many all over the world, including myself, but I truly believe every setback and challenge has the power to transform and strengthen us for the better.’

‘I want to send my love and encouragement to all the students who have had to, and still are, facing seemingly insurmountable challenges and hardships.

Hold onto hope. Believe in your art, in your voice, in the power of your contribution to heal and inspire the world – you are valuable, and you matter.’

Leading the way for women in conducting, last year Tianyi became WNO’s first Female Conductor in Residence and in another first, last month she became the first woman to be awarded First Prize at the Guido Cantelli International Conducting Competition in Italy.

She was also awarded their Youth Award and Orchestra Prize, chosen by members of the Teatro Regio Orchestra. 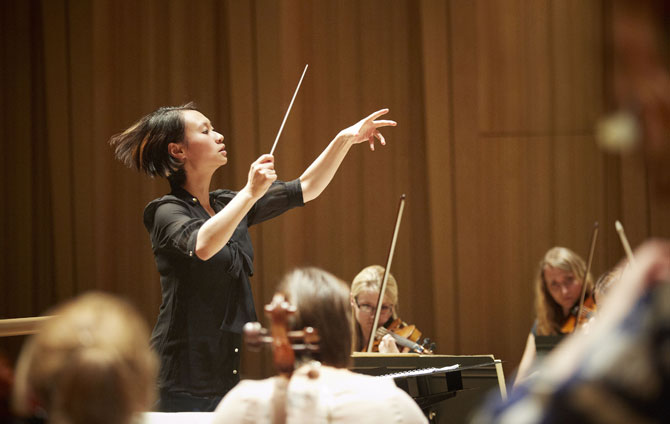 ‘Tianyi embarked on a courageous adventure, travelling across the world from New Zealand to study at the Royal Welsh College of Music & Drama,’ said Head of Music Performance Kevin Price.

‘Her innate musicianship is framed with natural humility and respect and from the outset this attracted RWCMD staff and students like a musical magnet, swiftly generating individual creative projects.

It’s a joy to see Tianyi’s beautiful combination of gifts recognised on the world stage, and to continue our work with her as a treasured colleague.’

Find out more about studying conducting at the College on our course pages.