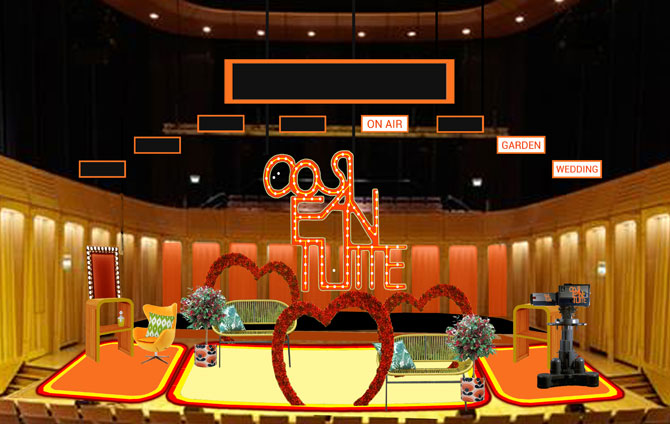 What a shame we didn’t get to see the Dora Stoutzker Hall transformed into a 1970’s TV gameshow studio!

Sadly, the David Seligman Opera School’s productions of Cosi Fan Tutte, and Miss Havisham’s Wedding have, of course, been cancelled, but we do have our designer’s imagination to share.

It was a privilege to collaborate with such a brilliantly talented team of singers, creatives & crew on this. We did our 1st reh run two wks ago today- it was so inspiring to see the level of talent & work at play. Thinking of our amazing team on should’ve been our opening night! https://t.co/GVvRVQukkW

Graduate Delyth Evans was the associate designer for Cosi, working on the set originally designed by fellow grad Gabriella Slade – who went on to an Olivier Award nomination last year for her costume designs for Six The Musical.

Delyth, who had a great time exploring the orange and brown world of the decade that style notoriously forgot, shared her design images with us, so we could marvel at the Dora’s uncanny likeness to Anglia TV Studios circa 1975. 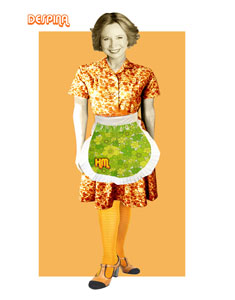 We also talked to Cosi director and the College’s Hodge International Chair in Opera Directing, Martin Constantine about the journey the students had been on during rehearsals:

It’s such a shame that the performance can’t happen, but the rehearsal process is obviously a big part of the training experience?

“The rehearsal process is a huge part of the overall opera project,” said Martin.

“Of course, there is some experience that you only get through live performance, but the students have worked flat-out and they’ve learned an awful lot over the last few weeks and months.

The singers in particular have been working with our Opera School Artistic Director John Fisher for coaching sessions prior to the rehearsals beginning, so, although they will miss the culmination of drawing everything together, all has not quite been lost.”

Although Cosi Fan Tutte is a very popular and famous opera, are there challenges to putting it on today?

“With every opera that I do the most important question to ask is, What is it about this piece that was written 300 years ago that resonates or speaks to us at this moment?” explains Martin.

“One thing that hasn’t changed, on a very basic level, are those human relationships that were written into the opera with such incredible detail and care and love by Mozart and the librettist.” 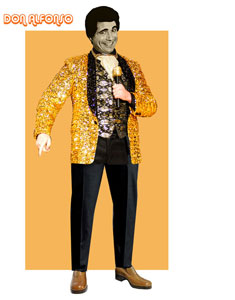 On a bigger level, however, those relationships are also framed by the society in which they were written. So the opera does prove challenging to do today. The title means ‘They All Do That’, referring to women. The opera opens with three men arguing about the faithlessness or otherwise of women in general, and, specifically of their own lovers.

To put on an opera today you have to find a way of framing it to reflect our contemporary values, which, thankfully, have shifted in the last 300 years since this opera was written. 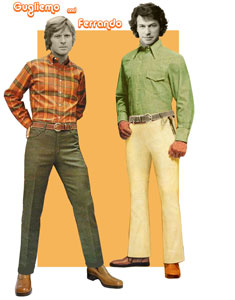 On a wider level, we have to find clear reasons to continue to retell these stories from operas written hundreds of years ago. We can’t simply keep reconfirming old stereotypes and judgements that our contemporary society has left behind. And, of course, we need to also be creating and writing new operas that reflect the stories that are important to us today.” 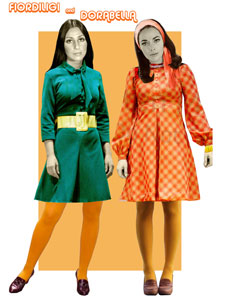 “Martin and I started working on this at the start of the year to rediscover the opera and re-imagine the same production six years later.

We kept Gabriella’s design and decided to push certain elements further to enhance the concept for a new cast and audience.

The concept that Martin and Gabriella had originally created was based around a ’70’s TV game show.”

As Martin explains, “Every week a poor unsuspecting male audience member gets on stage and there is a bet that by the end of the day, his girlfriend would have been unfaithful.

When we last did this opera at the College in 2014, it was in the wake of the Saville case. The ongoing Yewtree investigation looked into historic abuses from the 1970s in the entertainment industry, so it made sense to set it as a 1970’s gameshow with Don Alphonso as the host, and show that, clearly, that behaviour and theme was inappropriate, but maybe some of the things underlying are still going on today and explore how we feel about it.

The important impact of the #MeToo movement and the abuses being uncovered and tried, are bringing this into even sharper focus.

Although it was fun for the cast to learn about the 1970s, we felt that we were addressing something that was important, despite the comic nature of the opera.”

Delyth continues, “’70s in the Dora works perfectly: with the wooden curves and orange tones it’s the perfect starting point. 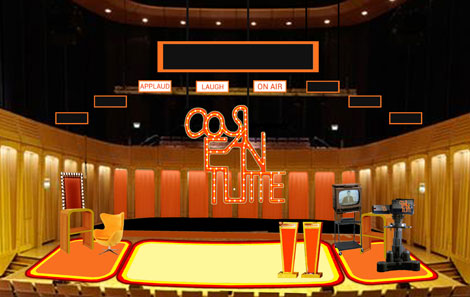 This was such a fun world for me to delve into as it’s quite far out from my own design style, so to embrace the almost cartoon-like aspect of this design was a great challenge.

I also strongly believe that we should be finding new and exciting ways to engage a wider audience with opera, and I think this production would’ve done exactly that. “

“The biggest positive here has been to see the huge journeys taking place amongst the students – the massive team of people that are needed to bring an opera to life – from stage managers, to the first year crew who are propping, through to the lighting designer and costume maker, right through to the rehearsal room itself with the singers who sit at the centre of the opera,” concludes Martin.

“Our trainee directors and conductors have been stepping into my shoes and that of our conductor, David Jones, to lead rehearsals and it’s been a mammoth operation.

As a director, you see the learning that takes place through rehearsals, and it’s been really considerable. Although the students themselves might not measure it, when you’re sat at the front of the room, watching them and working with them, day in day out, you recognise the huge journey that they are going on creatively.

Over that very intensive five week rehearsal period, all our students have gained a huge amount from it.
Thankfully, we were able to do a full run of the opera last week, and it was so heartening to see the hard work come together.”

Thank you to all our cast and creatives for all your amazing work and support, and thanks to Delyth for all the images.

For more information on her work go to Delythevans.com,

and you can find out more about the David Seligman Opera School here.