Semele Reviewed: ‘A Cautionary Tale for the Social Media Age’ 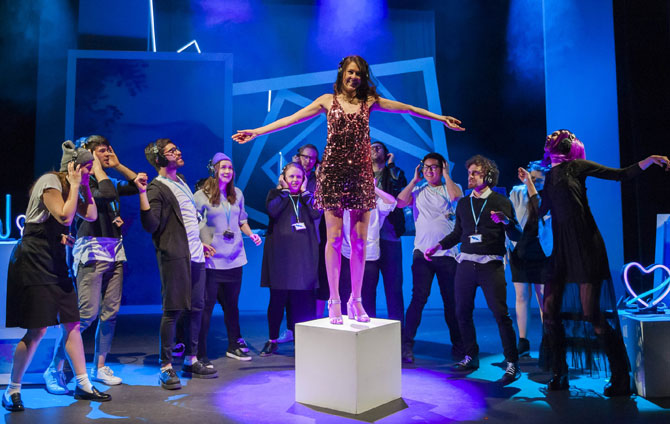 Strong contemporary stage design coupled with a cast of RWCMD’s professional young singers, this re-imagining for the millennial generation has attracted attention from The Independent, The Guardian and The Times, among others. 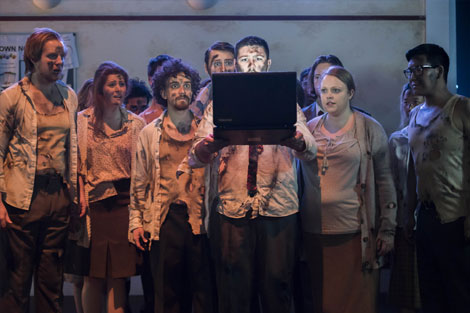 'A cautionary tale for the social media age' – The Independent on Semele, our co-production with @Midwalesopera https://t.co/aZtRaM5Uko

Wales Art Review’s write-up on Semele praises RWCMD singers, describing the co-production between Mid Wales National Opera and RWCMD as one which ‘fizzes with energy’.

“This is not a student show; it is a fully professional one in which young people who are the future of opera in Wales and beyond are showing their mettle”

“[Grace has] an assured eye and her sets in particular are clean and sleek, bridging with style the transitions between heaven and earth required in the opera.”

Read the full article below.

“Grace Venning’s set for this – enhanced by Samuel Smith’s strips of neon lighting – is simple but utterly brilliant, and Lucy Mellors’ singing as Semele as she wrestles with Jupiter under the sheets of the vertical bed no less divine than the setting.” 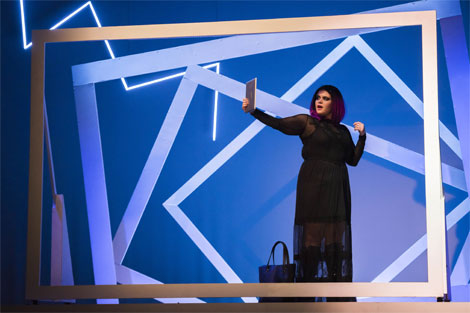 Read more about Grace’s design process in our earlier blog post, Exploring Themes of Oppression and Desire Through Design.

‘A Facetime opera‘ – The Guardian notes the juxtaposition between the subtle period performance from the Academy of Ancient Music, with the contemporary update by Martin Constantine.

Semele is currently touring with performances in Llanelli, Colwyn Bay and Brecon until March 4th 2017.