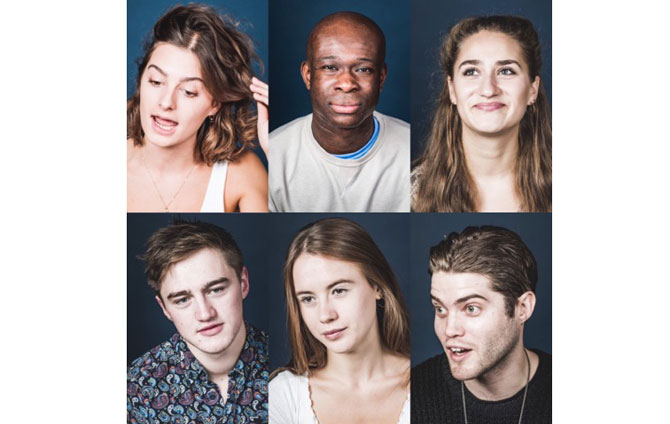 If it’s Spring it must be NEW time again!

Our new writing festival is back for its 6th fabulous year.

NEW gives the College’s Richard Burton Company the chance to work on plays specially written for them by four emerging writers, and directed by some of the most exciting talent in the UK.

NEW was a game changing idea from @RWCMD & it continues to be. Fact is actors will work on new writing so often when they graduate, preparing them for that process is vital. Loving the work and high standard of acting as ever. Have a great time in London all 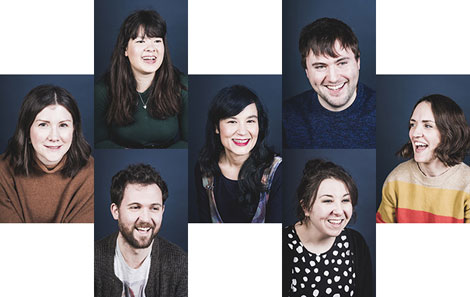 Between Eternity and Time written by Jacob Hodgkinson, directed by Hannah Noone, In collaboration with Sherman Theatre

Maja is lost and looking for a place in the world. But arriving in Bangor as a drug runner from Liverpool, events lead her to question whether this was ever the world she belonged to in the first place.

It's so great to see the #RWCMDNew19 company rehearsing Between Eternity and Time, working with New Welsh Playwrights Programme alum Jacob Hodgkinson and Hannah Noone, who has been part of our JMK/Sherman Directors Group. With thanks to the @carnetrust for their support. pic.twitter.com/rwwHKkqOKK

Based on Kasimir Und Karoline by Ödön von Horváth, translated by Saša Čeleski

What chance does love have in a world where we define happiness by the things we have? When Kasimir finds himself unemployed, the destruction of his relationship swiftly follows.

It’s the present day, ish, and in a big and dirty city thousands of people start coughing up soil. As this strange new revolution begins to blossom, experts are flummoxed, helplines are jammed and tree-kicking vigilantes are not helping anyone.

Seven students in the PRU of a big school in a small, cold, forgotten seaside town somewhere in the North of England. They’re young and desperate and they can’t wait to get out into the world. But the world’s a dangerous place, and they know they’re going to need to arm themselves if they want to survive.