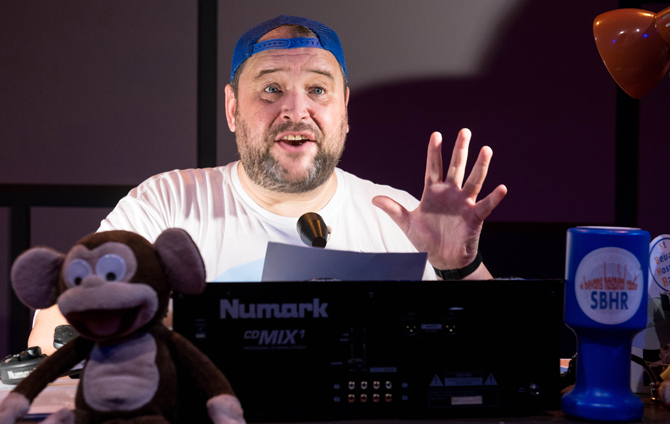 It takes teamwork to produce a great show, and sometimes those teams are made almost entirely of RWCMD graduates!

From writing, acting and stage design, many of the team behind the emotive Peggy’s Song by National Theatre of Wales have graduated from the College over the last 20 years. 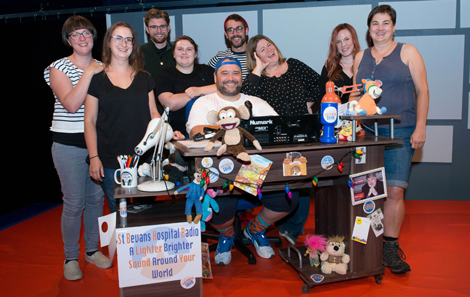 Actor Christian Patterson, who plays the lead role as radio DJ Danny Walkman, reflected on how his College days gave him so much confidence:

“The biggest lesson I learnt was to not be someone you’re not. Be you! And I have to thank my mentors at the College who made me believe in myself, that I could be an actor.

The College not only rounds off the rough edges as you as an actor, but also as person.

It changed my life.”

Beth not only learned how to organise a stage, but also to cook!

“My favourite memory at the College was cooking a three-course meal to be served as part of August: Osage County.

My time at the College really pushed me in many ways as I worked for numerous theatre companies all across Wales.

‘But the most important thing I learned was to always carry cereal in your bag for those emergencies!”

Producer Sarah Cole, who set up SC Productions Ltd after graduating and has managed theatre productions for Wales Theatre Company and Wales Millennium Centre among many others, noted how valuable the students’ experience at the College is for an employer:

“I’ve been thrilled by the number of graduates I’ve employed, mentored and recommended over the last 25 years,” she said.

“It’s the perfect place to hone a variety of skills, developing students into industry-ready employees.”

Nick Laws is the Sound Technician:

“From very early on at College, you meet and are taught by industry professionals, so you effectively begin networking from day one, and so it sort of becomes second nature.

I think I also learnt not to take it all too seriously – in a good way. College showing me how hectic and crazy the industry can be at times, allowed me to realise the importance of separating your work and the rest of your life.”

“The College helped me get my first couple of jobs, and I’ve been lucky enough to work with the National Theatre of Wales because of my time in Cardiff.

It’s great to be working with NTW so early in my career.” 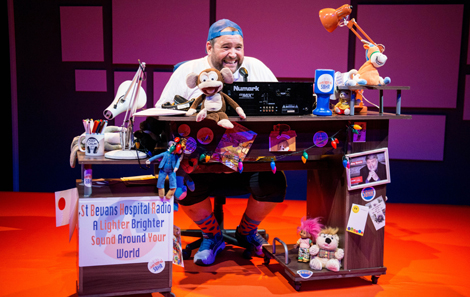 Award-winning writer, and grad, Katherine Chandler describes the play as a ‘love letter to the NHS’.

“I really wanted to write something that celebrated the many people who work for and give their time to the NHS and are at the heart of why it’s a service that’s so treasured by us all,” she explained to Radio Glamorgan.

“I felt like I wanted it to be an uplifting piece about community and ordinary people.”

Check out behind the scenes of #NTWPeggy! It’s touring over the next few weeks, so be sure to grab your tickets! https://t.co/LVAiGV6QNa pic.twitter.com/vzkjYgOrIK

Peggy’s Song is touring Wales until 11th October and will be performed at the Richard Burton Theatre on Saturday 5th October.

Get your tickets here.

Find out more about our drama courses.