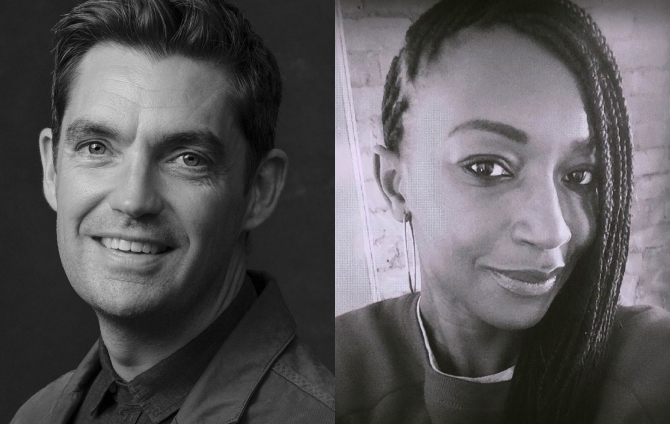 As we bid a very fond hwyl fawr, farewell, to the legendary Dave Bond, we also say croeso cynnes, a very warm welcome, to our new Director of Performance (Drama), award-winning theatre director Jonathan Munby, and to Chinonyerem Odimba who will be our first-ever Writer-in-Residence from September.

RWCMD is moving into an exciting new phase of development that will build on the amazing things achieved in the last years.

Dave leaves behind a legacy of making ambitious and inspirational theatre with our extraordinary students, creating the annual ground-breaking annual NEW writing festival, and empowering a generation of creatives – not just actors, but writers and directors- over his 26 years at the College.

We want to acknowledge the work and dedication of Dave Bond. The most widely respected leader in acting training who has lead the way in bringing together the education & professional sector.

Big shoes to fill and we’ll miss working with him! https://t.co/y6nHUG0QZg

“I just got off a Zoom call with Dave Bond, helping me cast my 3rd short film. I owe him my acting career and now my directing one too,” said actor, award-winning director and RWCMD Associate Alexander Vlahos.

Diolch yn fawr, Dave. We’ll see you back at College soon to relax and enjoy watching the Richard Burton Company under your successor, theatre director Jonathan. 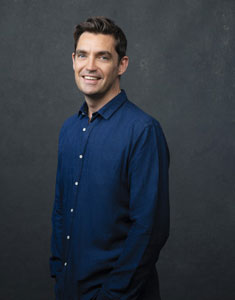 Known for the quality and diversity of his casts and creative teams as well as for being a collaborative and inclusive artist, Jonathan has worked with both classic and more diverse texts in theatres across the world.

His most recent production was directing Sir Ian McKellen in King Lear at the Chichester Festival Theatre/Duke of York’s West End, which was nominated Best Revival at the 2019 Olivier Awards.

Alongside his award-winning productions, which also include musical theatre and directing opera, Jonathan has worked with actors at all stages of their training.

@RWCMD has been a huge contributor towards why Wales is a cultural powerhouse & contributes so heavily to making the UK a theatrical world leader. A director like @MunbyJ taking over is amazing & @chino100percent joining is very exciting. Can’t wait to see what they come up with. https://t.co/vfnA7rUYTT

We also welcome Chinonyerem Odimba, the award-winning Bristol-based playwright, screenwriter and poet, as the College’s first Writer-in-Residence. Chino, who’s been called ‘a writer to watch’ by the Guardian, has written for TV and radio as well as theatre, has been shortlisted for several awards and won the Channel 4 Playwriting Award in 2018.

She’s also currently under commission with the Royal Exchange Manchester and Paines Plough and working on attachment at the National Theatre.

“The world is changing and so is the industry,” said Jonathan.

“I feel it’s time for a radical and progressive look at how a classical training responds to the 21st Century. We need to be brave in our choices and to ask some fundamental questions: what does a modern classical actor look like?

Which texts should they be prepared for? And what new demands does this ever-evolving profession now make of them?

I will strive to throw the door wide open and to welcome talent from as diverse backgrounds as possible. To give each student a world-class training that is rigorous, relevant and responsible.

To explore new work, breathe fresh life into the classics and to give screen acting the attention that it deserves. I want to build on Dave Bond’s excellent legacy and ensure that our College holds a mirror up to nature and embraces the complexity of our society.”

College I love.. these are incredible and brave choices. Well done ✊🏽x https://t.co/aMHqNI9Xoe

Chino’s role will include writing one of the four plays in our NEW season, supporting actors with their solo written projects, and engaging students in development readings of some of her current work in progress. 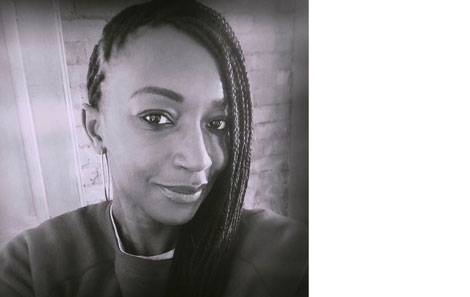 “I’m so thrilled to be taking up this role as Writer in residence at RWCMD,” said Chino. “Mostly I’m excited about getting to know, write for, and watch a whole raft of students develop their practice as they imagine their future in the theatre industry.

For me as playwright, this is one of those wonderful opportunities to work collaboratively in a meaningful and creative way. I look forward to seeing what we all make of it.”

Update: Chino’s play Paradise Street, along with graduate Amanda Wilkin’s The Credibility Assessment, has been chosen for the inaugural Women’s Prize for Playwriting shortlist (11 August 2020):

When he heard that Jonathan was joining the College Sir Ian McKellen said:

“The appointment of Jonathan Munby is exciting, not just for his students at the Royal Welsh College but for their future theatre audiences.

As well as now inspiring tyro actors to adopt his approach to performance, I hope he will be able to continue directing elsewhere. Theatre entertains on many levels, emotional and intellectual, witness Munby’s acclaimed productions.

As we re-imagine what is possible in UK theatres after the pandemic, the uniquely stimulating joy of live performance seems more important than ever.
In that context, The Royal Welsh College is wise to appoint an established practitioner at the heart of its education of young people. This is good, positive news in the midst of world-wide negativity.”

First look: @kinglearwestend, directed by Jonathan Munby.
You can see the @ChichesterFT production at @dukeofyorksLDN until 3 Nov (https://t.co/lO1uwydb60), or broadcast live to cinemas across the UK and internationally on 27 September with @NTLive https://t.co/UHr5AL9pFW pic.twitter.com/F6oy3U2rtP

We look forward to working with Jonathan and Chino and showing them around our beautiful College and performance spaces as soon as we are safely able to!

To read the full press release about Jonathan’s appointment go to our Press & Media Centre.

Find out more about studying acting at RWCMD.