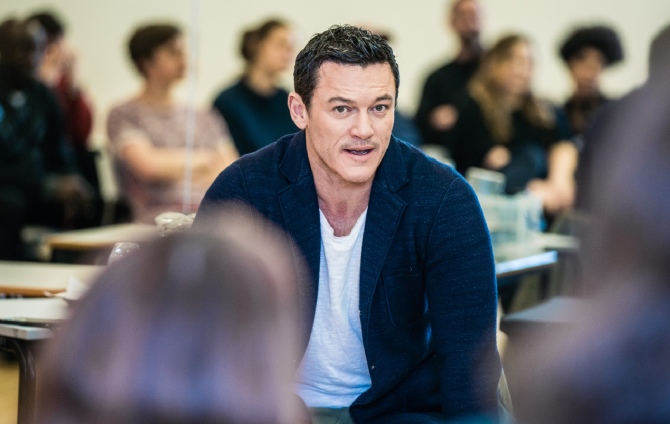 On Friday the Royal Welsh College of Music & Drama celebrates the talents and achievements of its graduating students at a special online event to wish the Class of 2020 well in their chosen professions.

It’s also an opportunity for the College to honour its distinguished Fellows, artists who have achieved international distinction in the creative and performing arts industries. All have made a significant contribution to the cultural life of Wales, while raising Wales’ profile within the arts industry worldwide.

We look forward to welcoming these Fellows, friends old and new, to the College in the near future.

“We are delighted to welcome our new Fellows to the Royal Welsh College family, “said Principal Helena Gaunt. “The College sets great store in our sense of community that comes together from 40 different countries. We celebrate our diversity, uniting in a shared and fundamental belief in the value of the arts and artists.

During these difficult few months we have been hugely grateful for the ways in which this community has kept us together creatively in a virtual world. I want to pay tribute to our students and to my colleagues for their flexibility, resourcefulness, energy and creativity as we face so many new challenges.

However much we learn to enhance the College through living and breathing digitally, some foundations will remain firm. The ghost lights in our theatres and in our concert hall remain on as a reminder that live performance will be back, and in fuller voice. We look forward to welcoming you back to RWCMD.“ 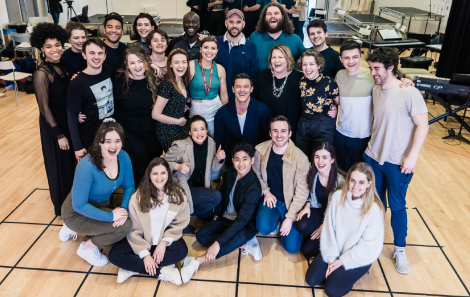 Known for both his screen and stage performances, actor and singer Luke Evans began his career in the West End, building a significant stage career before his film breakthrough with Clash of the Titans. Since then he has appeared in roles as varied as Gaston in Disney’s live-action adaptation of Beauty and the Beast, Dracula in Dracula Untold, as well as in The Hobbit and most recently in the period drama The Alienist.

His most recent project further showcased his range and talents, with the success of his studio album At Last, which performed to sold out crowds in Wales and across the world. In the spring Luke was one of the last visitors to the College before lockdown, spending some of his precious time off sharing stories, advice and inspiration during his masterclass with acting and musical theatre students.

Bad Wolf co-founder Jane Tranter has been instrumental in creating the huge and emerging television industry that Wales celebrates today: starting with the catalyst for this success, the hugely successful revitalisation of Doctor Who, and coming right up to date with its critically acclaimed fantasy His Dark Materials, the BBC’s most ambitious TV series yet. Employing 30 students and graduates on this production alone, Jane has always been a huge supporter of the College. 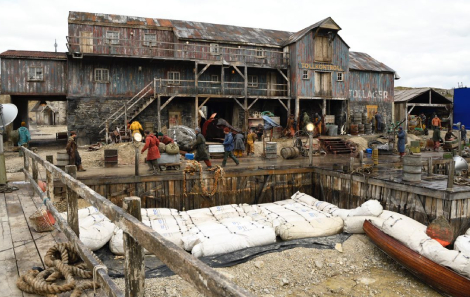 From acting to production design, from creature effects to locations, 30 RWCMD students and grads worked on His Dark Materials

Bad Wolf, ‘named the fastest growing business in Wales’ has established its permanent studios in Cardiff as ‘part of a necessary commitment to Wales’ and changing the face of creative Wales beyond recognition. Jane is very much #MadeInWales. 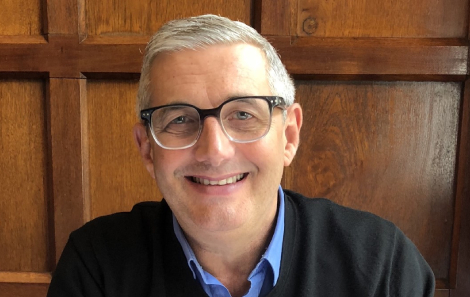 Talking of Doctor Who, the College also welcomes graduate and award-winning costume designer Ray Holman as a new Fellow. Think of a critically acclaimed TV show and the chances are that Ray has worked his material magic on it: Fleabag, The Split, Broadchurch… And of course he’s not just designed for humans, but also for extra-terrestrials, including the world’s most famous alien, Doctor Who him/herself, creating the iconic outfits for the latest Doctor, Jodie Whittaker.

Recently nominated for yet another award, this time the Costume Designer Guild award for excellence in contemporary costume design, Ray is already a great friend and supporter of the College and generously shares his time and knowledge, investing in the new talent that is so important to him. 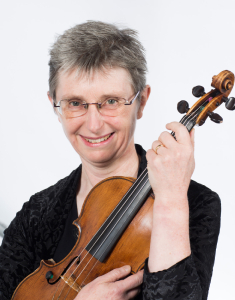 As the National Conservatoire of Wales, the College enjoys close working relationships with international arts organisations including BBC National Orchestra of Wales. The College’s long-term friendship with BBC NOW Leader Lesley Hatfield personifies that great partnership, and Lesley is well-known to RWCMD students as an inspirational and compassionate teacher and mentor.

Lesley is passionate about teaching, and in particular how best to help the next generation of musicians learn the craft of music and to develop artistic awareness. Her ambassadorial work in supporting the Ely-based Making Music Changing Lives project enables RWCMD students to experience and participate in First Experience and Ensemble Mentorship projects inspired by the great Venezuelan El Sistema model. Her integrity, compassion and commitment provides the students with core values and key skills that serve them throughout their professional lives. 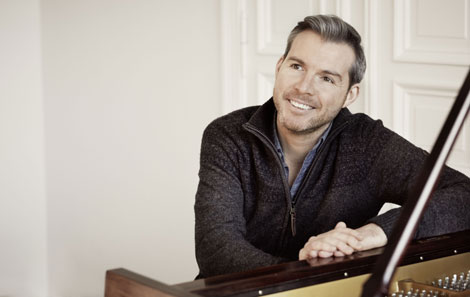 Gwilym Simcock is one of the most gifted pianists and imaginative composers on the European scene, embracing jazz and classical music. His career spans a huge range of musical settings, as the first BBC New Generation Artist from a Jazz background, composer of music for television and stage, working with musicians from folk and rock traditions and mentoring young artists in BBC Young Jazz Musician of the Year. Gwilym has been hailed as a pianist of ‘exceptional’, ‘brilliant’ and ‘dazzling’ ability, and his music has been widely acclaimed as ‘engaging, exciting, often unexpected, melodically enthralling, complex yet hugely accessible’, and above all ‘wonderfully optimistic’. 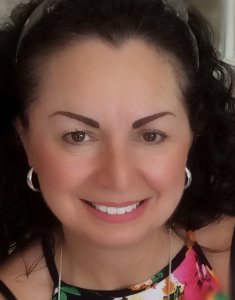 Following the arrival of John Fisher as Artistic Director of RWCMD’s David Seligman Opera School, we are delighted to recognize Nuccia Focile as a Fellow of the College. Known as an operatic soprano of ‘almost unbearable poignancy,’ she has performed and recorded in many of the world’s most prestigious opera houses and artists, including many leading roles for Welsh National Opera. She was awarded Artist of the Year 2013 for La Voix Humaine by Poulenc at Seattle Opera and continues to dedicate her time and talent beyond the stage and studio to teaching and nurturing aspiring young artists.

The College will officially honour its new Fellows at its Graduation next year.

Celebrating the College Community, student and staff have been continuing their training online and sharing their creativity wherever possible:

One of the four plays from the College’s groundbreaking NEW:2020, which was due to premiere this Spring in Cardiff and London’s Gate Theatre, Ripples was re-imagined and recorded using the original RWCMD cast, and was available free online. Originally created in partnership with Sherman Theatre, Ripples was the first play in the new National Theatre Wales + Sherman Theatre Network Play Readings initiative, in collaboration with BBC Cymru Wales and BBC Arts, to showcase the talent of playwrights, companies and creatives across Wales.

A new soundscape for the play has been commissioned from graduate and Sound Designer Tic Ashfield.

The College is currently working on plans to create rehearsed reading of other versions of all the NEW plays.

Design for Performance presented their final year work in a Design online gallery.

With live performances temporarily postponed, the College has taken its music online. Atmospheres Radio broadcasts every day, and showcases the music of the College community. Created by Odilon Marcenaro, RWCMD lecturer in Music Technology the playlist bring together music across the genres, with the only common denominator that all the music has a connection to the College. Listen in to RWCMD Atmospheres Radio here.

Composition students, Natalie Roe and Jake Thorpe, have created their own show, The Nat and Jake Show, to feature new work and interviews with student composers on the new station. It also featured the College’s annual Atmospheres Festival, showcasing an eclectic mix of world premieres produced by composers from the Royal Welsh College.

The annual Amser Jazz Festival has also been shared via Atmospheres Radio. Jazz students been working on an online composition and recording project with Hodge International Chair for Jazz, the acclaimed guitarist, Gilad Hekselman. Gilad mentored and advised the students over Zoom and encouraged them to be as creative as possible using new and unfamiliar compositional techniques. The culmination of this project, including new and original music from the students, as well as an interview with Gilad himself premiered last week.

Head of Percussion Patrick King and his students collaborated with Nicola Benedetti as part of the Benedetti Virtual Sessions and their final Celebration Concert, working with Wynton Marsalis and his drummer Herlin Riley. Patrick led family sessions in the lead up to the concert which included 7159 participants aged 2-92 from 66 countries.

David Seligman Opera Students also took part in a Q&A with the College’s Vice-President Sir Bryn Terfel and alongside this Carlo Rizzi has given classes for opera students and student conductors. Paul Hughes, General Manager of the BBC Symphony Orchestra and BBC Singers has run classes on concert programming, MA Opera Directors have been having masterclasses with directors including David Poutney, Katie Mitchell and Richard Jones, and conductor Christian Curnyn has been discussing interpreting baroque music.

Brass students have had their own version of this with their BrassSteddfod mini brass festival, bringing performers into the virtual classroom to discuss with students including Richard Marshall, David Thornton and Joe Alessi.